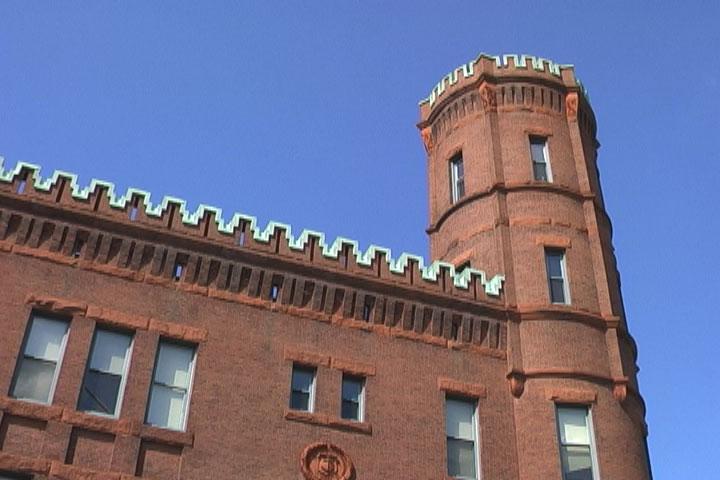 Art as an Economic Engine

Share
Jason Caminiti’s documentary Pawtucket Rising tracks how a city in decline reversed its fortunes through the arts.

It’s a utopian dream that would enchant most artists: the idea that their daily work could not only feed their imaginative vision and bank accounts, but also that its commercial worth becomes an economic savior to their communities. For a region in New England, this is the reality: a 2008 documentary, Pawtucket Rising, by Rhode Island-born Jason Caminiti, chronicles how capital investment in the local arts scene by an enlightened and business-savvy government changed a city from slumping remnant of the industrial age to a 21st century creative hub.

Caminiti, a 32-year-old Fall River, MA resident who has worked as a host and producer for public access television there and in Plymouth, became intrigued by the project in 2007 after speaking with Jeff Carpenter, president of Arts United, a Fall River organization intent on revitalizing its downtown area. Carpenter and Caminiti discussed how Pawtucket had done this same magic act, and Caminiti embarked on the self-funded documentary as a “how-to” tool for other communities.

His camera — a consumer grade Panasonic PV-GS320 Mini DV Camcorder with a 3CCD imager (purchased at Best Buy) — was left over from his days as a public access TV producer, as were his tripod and editing equipment. He observes the fact that he overlooked the camera’s non-film grade quality was a boon: if had thought too long, he says, “I probably never would have started the film.” (He had been used to live-to-tape method and then linear and non-linear editing at public access, rather than digital format.) Although he also felt that the lack of a mic input on the camera hampered him, the Leica Dicomar lens was “pretty good,” and he borrowed a Lowell Tota light from Carpenter, shooting the film over a 10-month period, on a budget of less than 1,000 dollars.

As he notes wryly about becoming a member of the documentarian-on-a-shoestring club: “I never asked for money because I didn’t know I needed it. I think not knowing is the best way to get things done. The only money I spent was on gas and MiniDV tapes. If I had had a budget, I probably would have wasted a lot of money on unnecessary things.”

He put an ad on Craigslist for a composer who could provide background music initially in return for credit and publicity, and after receiving 10 responses, settled on Spanish composer (and Rhode Island resident) Francisco Rodriguez, who had done music for short films, computer animations, and TV commercials. (Rodriguez will begin to receive royalties when the film goes on sale, May 1st on Amazon.com.)

The result of all this preparation, a 53-minute documentary eventually shown on Rhode Island PBS, allows those involved in the decade-long “Pawtucket Renaissance” to detail the gratifying synergy that occurred when, as Pawtucket official and interviewee Herb Weiss notes, “city government got into the arts business.” The film explains how Morris Nathanson, a well-known Pawtucket native who founded his own design firm over 40 years ago, prevailed upon the city council in 1998 to re-zone long-abandoned mill buildings — once housing the area’s livelihood but now home to rats and potential fires — into live/work space for artists. (Nathanson was clear that he did not want to do away with Pawtucket’s identity by demolishing the mills; as he notes in the film, “If you remove the old mills, you lobotomize your history.”) Having accepted his proposal, in 1999 the city designated a 307-acre area of Pawtucket as a district devoted exclusively to arts and entertainment, and the makeover was underway.

Weiss, Pawtucket’s economic and cultural affairs officer (whom Caminiti calls “a zealot“ for his city), explains in the film how the local government then carefully set out to not only attract but retain a creative community, highly prized for their ability to become refurbished mill tenants, draw in a more affluent population through the lure of their products, and change the reputation of the withered mill town. A “cultural plan” (similar to the “financial plan” of a start-up business) was crafted for the city by an associate professor of art and design at Northeastern University, Ann Galligan, and artist-friendly 501(c)(3) tax laws gave meaningful, money-in-the-pocket incentives for “creative types” — ranging from bookbinders and pottery-makers to web designers and architects — to settle in the area.

With those plans enacted, Pawtucket became the first city in the state to provide artists — following a certification process — nonprofit operating funds to help pay business-related bills and rents, and to allow those who produce “one of a kind” handiwork not only to omit that income from their state tax return, but also state tax on their gallery items (thus effectively lowering their prices and generating more sales).

Pawtucket’s mayor Jim Doyle, also interviewed in the film, said recently, “The feeling has always been that Pawtucket has been the David between two Goliaths — Boston and Providence. Our transformation was achieved in large part due to our personal attention to the needs of the artistic community — we viewed it as a very productive marriage of convenience that required hard work. For instance, a gallery owner once noted that a street sign was missing, and we had it fixed the next day. That’s the type of approach we took.”

A welcoming and energetic local government, the new legislation and the massive renovation of old buildings were seemingly magnetic invitations to the creative community, resulting in multiple projects: the Hope Artiste “Artists Village” was developed to hold restaurants, music venues, retail and housing elements; a formerly empty National Guard Armory now houses the Arts Exchange, comprised of the highly-regarded Gamm Theater (that relocated from Providence to Pawtucket), as well as the Jacqueline Walsh High School for the Performing and Visual Arts. The multiculturally-focused Mixed Magic Theater is also thriving; the former Grant department store — already equipped with an appealing atrium/skylight — now contains office and retail space for the creative community and the Stone Soup Coffee House is packed with weekly musical acts. In addition, there is a huge focus on “artist networking” through the well-populated Pawtucket Arts Collaborative and regular newsletters and discussion panels.

Caminiti’s documentary affords a close-up of the decision-making, public policy, and architectural work behind this metamorphosis, and positive reaction to the film spans from Pawtucket to Fall River. In a recent interview, Weiss noted, ‘The film captures the passion of the city about its artistic and economic revitalization and the new sense of pride here, and also captures the hard work, that took 10 years, in 53 minutes. Through his interviews, Jason wove a tapestry of perspectives from artists and those in city government, and explained how city government changed to meet the needs of the creative community.” And Jeff Carpenter, of Arts United, feels that the finished film helped to get a Fall River ordinance passed to establish an arts district, and says, “Jason was drawn to the project just because of a civic-minded spirit — and it drove him to create a piece of art that ended up on PBS.”

Possible next films for Caminiti include a documentary about the wild (and little-known) historical past of his hometown Newport, and a project about two Fall River veterans (one of whom was a relative) from each World War.

‘Pawtucket Rising’ will screen at Aha! Night New Bedford on May 14th, at the Newport Public Library on June 11th, and at the Four Corners Arts Center in Tiverton, RI on August 19th.

For information about the film and the many arts organizations it features, visit the film’s website at www.pawtucketrising.info.

'Pawtucket Rising' will screen at Aha! Night New Bedford on May 14th, at the Newport Public Library on June 11th, and at the Four Corners Arts Center in Tiverton, RI on August 19th. For information about the film and the many arts organizations it features, visit the film’s website at www.pawtucketrising.info.