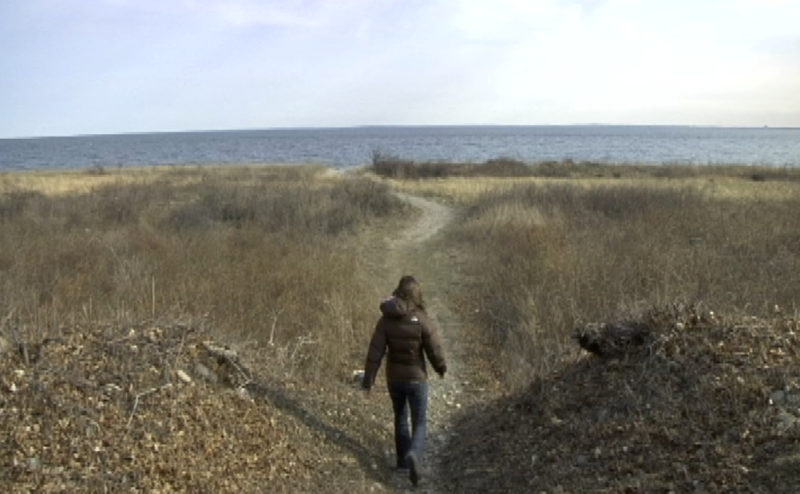 Word is that studio projects are lining up to film in Massachusetts, with a chance of breaking the unprecedented boom of 2008. But if you want a TV job, head to Rhode Island, where two pilots are supposed to start shooting this month.

According to the Rhode Island Film & Television Office, House Rules is “an ensemble drama following five freshman members of Congress.” Empire State is about two families of divergent income levels (one blue collar, one uber-rich) that “collide in present day Manhattan.” Take that Yankees fans. Providence is the new borough.

Connecticut has good news, too. On February 23rd, the recently-formed Connecticut Production Coalition (CPC) rallied more than 400 persons to testify before the legislature’s Finance, Revenue and Bonding Committee in support of the state film tax incentive, which has recently come under fire. The CPC wrote that the event was “an awesome show of positive support” but that it’s “just the start of the work we have ahead to retain the production tax credit.” Just a few days later, Governor M. Jodi Rell announced that ‘NBC Universal is in negotiations with Connecticut on a project that is anticipated to result in a large television production studio at the Rich Forum Theater in Stamford, bringing approximately 150 to 200 jobs and an initial infrastructure investment in excess of $3 million to the state.’ More info at www.productionct.com.

Not to be outdone, Maine Governor John Baldacci and Maine film industry representatives will meet with director Mick Garris and producer Mark Sennet about locating a $20 million production of Bag of Bones — an adaptation of Stephen King’s 1998 novel — in Maine this summer. The group will be holding a press conference at the Hilton Garden Inn in Portland on March 3rd at 1 pm to discuss their hopes for the project.

As for things to do this month, why not celebrate International Women’s Day for five straight days? Hostelling International USA, Women in Film & Video/New England, and the United Nations Association of Greater Boston have a film festival planned from March 4-9.

Baker Street Productions hosts the world premiere of its first feature film, Sunshine Away, at Ned Devine’s in Boston on March 8th at 6 pm.

Boston College’s Irish Film Series marks its eighth year showcasing both feature and documentary films, March 12-26, with screenings on both the BC campus and at West Newton Cinema. For the schedule and film descriptions: www.bc.edu/irishfilm.

Need more green? Head to Vermont for the 18th Women’s Film Festival (March 13-22 in Brattleboro) or to the 12th annual Green Mountain Film Festival (March 20-29 in Montpelier). Get to know these fests and a locally-made film that screens at both, courtesy of NewEnglandFilm.com.

Were you one of the people cheering on Dustin Lance Black at the Academy Awards? Do you even know who he is? If so, chances are good that you’re a screenwriter. This month you can polish up your latest draft with the help of Academy Award winning screenwriter Ernest Thompson (On Golden Pond). Thompson will be conducting two screenwriting master classes organized by Boston Casting on March 14 and 15 at the InterContinental Hotel in Boston. E-mail hilary@bostoncasting.com to inquire.

If quirky and offbeat is your thing, the Boston Underground Film Festival runs March 19-26 and features more than 25 local filmmakers, according to festival director Anna Feder. The feature line-up kicks off with Radical Jesters, a documentary by local Art Institute of Boston professor Tim Jackson. Films by BU and Emerson students and alums abound; check out these titles: Plague Town, Thumbnail, Sister, Andy, Exhibit A, Stupid Junkie Faggot, Infrastructure, ETC, Birdy, Dolores Del Rio… The music video program is “more than half local,” says Feder, and audiences can delight in programming by local guest curators Janaka Stucky (Feast of Flesh) and Aliza Shapiro (Truth Serum). NewEnglandFilm.com will have a reporter in the field to capture the flavor of the fest in an article next month.

The Chlotrudis Society for Independent Film hands out its awards at a public ceremony on March 22nd at the Brattle Theatre.

The next Mass Production Coalition (MPC) meeting scheduled for April 2nd at the BU Photonics Center.

There’s still time to submit early entries ($20 general/$15 student) to the Online New England Film Festival, curated by NewEnglandFilm.com. Rates will go up after April 1. Film Star Rentals has offered a RED camera rental as one of the jury prizes for the festival — and more prizes will follow.

Cross your fingers for Nicole Prowell, an Emerson alum whose personal documentary Happy Hunting will screen this month at the ninth annual Emerson Film Festival in Beverly Hills, CA. Happy Hunting and five other films will compete for the Take Action Hollywood! Award; the winning film will be featured online here as part of the mission of a nonprofit founded by Maria Menounos. Filmmakers also vie for the Dr. Marcia Robbins-Wilf Women in Film Award. Come to think of it, cross your fingers for all of the participating filmmakers: Ilya Polyakov, Justine Jungels Bevilacqua, Tim Earle, Jay Lewis, Carolyn Polansky, Kevin McManus, and Matthew McManus.

Two locally-made documentaries, For the Love of Movies: The Story of American Film Criticism (by Gerald Peary and Amy Geller) and The Way We Get By (by Gita Pullapilly and Aron Gaudet) will premiere at South by Southwest Film Festival (SXSW) in Austin, March 13-21. Both films come back to Boston for screenings at the Independent Film Festival of Boston (IFFB) in April.

Speaking of IFFB, program director Adam Roffman will also be at SXSW with his film (as producer) Trust Us, This is All Made Up, which former Bostonian Alex Karpovsky (The Hole Story) directed.

Gary Glassman, founder of Providence Pictures (in RI), won the prestigious Writer’s Guild of America Award for his teleplay of Secrets of the Parthenon in the Documentary category. The show is part of the NOVA series and aired on PBS.

Connecticut native Christopher Golon just completed a feature called Knock ‘Em Dead, Kid, about a 19-year-old who yearns to leave his CT hometown and go off to college. But he has run-ins with the police, problems with his girlfriend… Golon is seeking distribution.

Worcester screenwriter and producer Kristen Lucas is prepping to shoot a feature, Snowflake, about a white female rapper, in her hometown this summer. Lucas writes that “among the locations scouted to date are the Lucky Dog Music Hall and REHAB Nightclub. Initial casting sessions were held in November at Viewfinder Productions in Boston and Kay Studios in Providence with more to be held soon in Worcester.”

Jason Loomis of LoomisLand Productions, Mike Bowes of Central Productions, and Marc Colucci, a staple of Boston filmmaking crews, will be in central photography on the feature comedy Slip & Fall during March and April. It’s the story of a guy who can’t afford law school and fakes an accident in order to collect insurance money. Now don’t get any ideas film students…