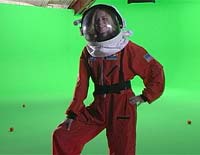 Share
New technologies allow filmmakers to manage projects, from preproduction through post, without seeing the whites of their collaborators’ eyes.

There has been one constant since Ye Olden Days of filmmaking: the face-to-face interaction between the filmmaker and the people needed to get a movie made. But in 2008, that is no longer the case.

Today’s technology allows people from opposite sides of the globe to collaborate on films from pre-production through post without ever having to meet. File Transfer Protocol (FTP) sites, YouSendIt, and iDisk accounts allow photos, documents, video, and audio files to be exchanged across cyberspace. Software such as Skype or X-Lite turns the web into a telecommunication device, allowing filmmakers to sit in on an edit occurring in another city, another state, or even another country. These are just some of the new tools in the filmmaker’s arsenal to help get films made, wherever their office may be located.

Maryanne Galvin, of Boston, has not only embraced these new tools, she may hold the record for the longest distance traveled by a sound bite. Galvin’s 2007 documentary What’s Going On Up There? concerns the current state of the space industry. One of the participants in the documentary, a young space engineer living in Kuwait, was communicating with a Russian Cosmonaut on the International Space Station via ham radio. The engineer recorded these conversations, converted them to OMF files and uploaded them to Galvin’s iDisk account. (Open Media Framework or OMF is a file extension.) In Boston, Galvin downloaded the files and cut them into her film. The bites traveled from outer space to Kuwait to Boston along our friend the information superhighway. As she assembled a rough cut, Galvin used the web to approve CGI (Computer Generated Imagery) shots and B-roll of her interviewees in their respective jobs.

It would be a complete understatement to say that the Internet may be the largest leap forward in technology to help today’s filmmakers, but I’ll say it anyway. Marc Dole, CEO/executive producer for Hatchling Studios in NH, used the web extensively while participating in the New York 48 Hour Film Project last summer. He recruited his crew through the 48 Hour Film website and Craigslist and he organized the shoot with Google Docs. Dole also uses Google Docs and iDisk to track production and share information for his company’s client-based projects. Dole even posted the cut from the 48 Hour Festival on his MySpace page and solicited comments from viewers. He took those comments, plus his own notes, and re-cut the movie for entry into the New Hampshire Film Festival.

Pre-production is not the only area where new tools have metamorphosed the filmmaking landscape; the world of post-production has been modified as well. During the progression from hands-on film editing to digital non-linear editing, setting up your own edit system was still cost-prohibitive. A filmmaker would bring all his/her material to a post house for the edit. But now Final Cut Pro (FCP), FireWire, and portable storage drives have made it possible for an editor to cut an entire show and never have to sit in the same room with the director or client. (Trust me on this — that can sometimes be a great thing.)

I recently spoke with former filmmaker-in-residence at WGBH and MIT grad Anna Wexler. She and fellow MIT alum Nadja Oertelt are currently elbow deep in post-production on their feature length documentary Unorthodox. The film follows three Jewish teenagers as they take a traditional spiritual journey to Israel after high school. Wexler fell so in love with the beaches of Tel Aviv that she moved there after production wrapped. She is currently in Tel Aviv, six hours ahead of her co-director Oertelt back here in Boston, but they are working together on the post of their film. By each having duplicates of the media on separate 2 TB hard drives they move a FCP project file back and forth (either by G-mail or FTP) and the timelines link to the media allowing both co-directors and their editor to immediately have the latest version of the show for reviews and comments.

When I asked each of these filmmakers if they would continue to use these tools on their future projects I got the same answer, “Yes.” Wexler said, “The hard part isn’t the distance. [The hard part] is still the same, getting the film made.” Dole already has his next two projects lined up with crew documents, photos, and scripts online for the production crew to access. Galvin said, “it was convenient, economical and efficient and I’d employ this process again.” However, she also brought up the most valid point and I feel it’s best to hear her words, “For me, part of the joy of filmmaking is the collaboration with other artists. I don’t know if I’d derive as much from a ‘relationship’ or collaboration that was solely based in the virtual world. But, who knows. I may.”

Galvin’s ‘Interrogate This’ screens with a panel discussion on December 9th at 6 pm in partnership with the Massachusetts Bar Association (20 West Street in Boston). After the screening, Galvin will be joined by: Bingham McCutcheon attorney Sabin Willett, the pro bono lawyer who obtained the release of three detainees from Guantanamo and is currently working to release nine more; Dr. Carrie Kennedy, a naval psychologist formerly stationed at Guantanamo; lawyer and psychologist Robert Kinscherff, recent past chair of the Ethics Committee and a current member of the Committee on Legal Issues of the American Psychological Association; and John P. Zanini, Chief of the Appellate Division in the Suffolk County DA’s Office. RSVP: JStevens@massbar.org.

‘Interrogate This’ also screens at the Cape Ann Community Cinema in Gloucester, MA on December 14th at 4:30 pm.

Maryanne Galvin - http://www.mgproductions.biz/about-maryanne-galvin Marc Dole - http://www.hatchlingstudios.com/ Anna Wexler and Nadja Oertelt - http://www.unorthodoxmovie.com/ YouSendIt - http://www.yousendit.com/ iDisk - http://www.apple.com/mobileme/features/idisk.html Skype - http://www.skype.com/ X-Lite - http://www.counterpath.net/x-lite.html&active=4 Google Docs - docs.google.com/ Galvin's 'Interrogate This' screens with a panel discussion on December 9th at 6 pm in partnership with the Massachusetts Bar Association (20 West Street in Boston). After the screening, Galvin will be joined by: Bingham McCutcheon attorney Sabin Willett, the pro bono lawyer who obtained the release of three detainees from Guantanamo and is currently working to release nine more; Dr. Carrie Kennedy, a naval psychologist formerly stationed at Guantanamo; lawyer and psychologist Robert Kinscherff, recent past chair of the Ethics Committee and a current member of the Committee on Legal Issues of the American Psychological Association; and John P. Zanini, Chief of the Appellate Division in the Suffolk County DA's Office. RSVP: JStevens@massbar.org. 'Interrogate This' also screens at the Cape Ann Community Cinema in Gloucester, MA on December 14th at 4:30 pm.