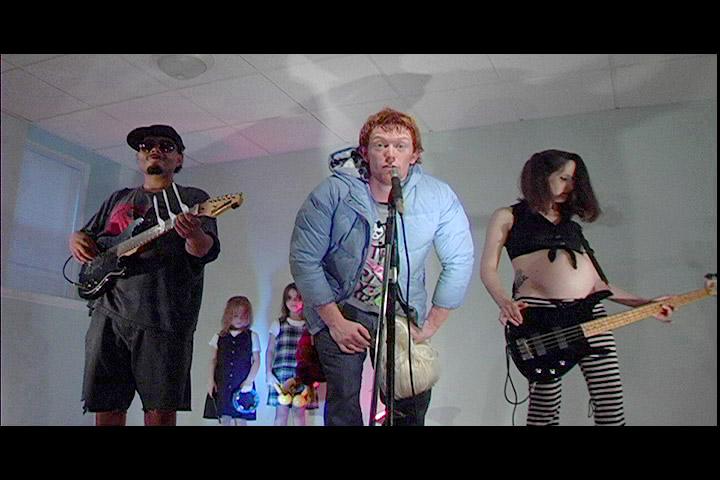 Publisher’s Note: The acting classes described here are no longer being held (2014).

Let’s say after watching a particularly good or bad acting performance you say to yourself, “I could do that.” Well, maybe you could, but where and how would you start? In Los Angeles there are acting classes on every street corner but in Boston there are fewer resources for the novice and fewer still that are not simply looking to cash your check and hustle you out the door. And it’s not just learning how to act, you need to know how to be an actor. There are also more prosaic considerations such as headshots, demo reels, auditions and the casting process. Acquiring this body of knowledge can be frustrating, time-consuming, and expensive. Unless of course you go see Steve Bennett and Heidi Tranberg.

Bennett and Tranberg have been involved in film production in the Boston area for over 20 years: Bennett, as an independent producer and director, and Tranberg, as an independent casting director. While they are still very active pursuing their own projects they have found the time to mentor amateur actors in a unique way.

As Bennett says, “We were using novice actors and had noticed they had taken all the local classes at casting companies and wherever else and yet they still didn’t know about sightlines or hitting marks or set protocol. As we started to help people make independent films, we kept running into this problem.” Tranberg adds that, “based on our own experience we thought, Why not offer everything they need to get started?’”

So they started teaching classes that covered not only the theory but the act of acting. Instead of being in a classroom, students are thrust onto a working film set, where they learn all the necessary technical knowledge as well as how to deliver lines and inhabit a character.

The classes of about four to eight people almost always meet on Sundays, with a new class starting every few months. Classes meet near Coolidge Corner in Brookline, MA unless the shoot location is somewhere else.

“People register, and we write the characters specific to the person, so it’s like a custom-written script for each student,” says Bennett. He describes what students practice: “Close ups, positioning, the importance of light, all the stuff that we deal with on a real film set except on a more casual level.”

Bennett writes a script for the class members and then hits the streets to film it using these untested students. While not quite dailies, Bennett posts clips of the project online sometimes just a few days after filming. He says it allows “actors to get a sense of how it’s all coming together. And in the end everyone gets a copy on DVD.”

When the class is over, someone who has never uttered a line of dialogue before has actual onset experience on a movie set, clips for a reel, and a completed short film to their credit. Plus, if needed, Bennett will shoot head shots to complete the package.

Other classes educate students on the business side of things. Tranberg describes it as the “Dos and don’ts of getting started. Scams, fees, head shots, we want to help people avoid people wasting their time and money.” But, she says, “There is more film production going around Boston than ever.”

Students are always welcome to return to the class for additional projects and experience. Bennett says, “If I know someone is returning, the part I write will challenge them in some way.” Sometimes the duo uses past students in their other professional productions. “Over the years we’ve brought many of the people in our classes into projects I’ve produced. To have a group of people I’m familiar with and consider like-minded is fantastic. And we’ve had a lot of students move on to success in commercials and film,” says Bennett. Tranberg looks at it from another perspective, “I will always draw from people I’ve worked with first before I resort to an anonymous head shot.”

They also find the personal growth of the students rewarding. Many of the people who enroll do so not to begin a career in acting but to find out something about themselves and find self-confidence that translates to all aspects of their life.

Their latest class project is particularly ambitious. Entitled The Reality Shows, it started out as a typical short film, but Steve discovered that it was going so well and the feedback he received so positive that he decided to add enough to make it feature length. He plans to take what began as a vehicle to teach young actors and exhibit it as film festivals and possibly find distribution for it.

Not bad exposure for a group of people who, a couple of months earlier, were only thinking about trying to act. Let Los Angeles have their dime a dozen acting classes, Boston has a truly unique one of its own.