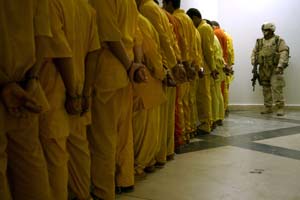 Change is heading our way, whether we want it or not. We can’t escape the economic shake-ups, the imminent election, and now even a changing of the guard in the regional film community.

After 21 years, Bo Smith will no longer be biking to the MFA to oversee its peerless film program. His next stop is the Denver Film Society. (Read his colleagues’ reflections here.) Former executive director Joe Zina did enough for the Coolidge Corner Theatre to earn a namesake event: ‘Zinapalooza’ takes place November 17th to honor the outgoing leader and raise money for future programs. And though he writes that he is neither retiring nor “shortly leaving this earth,” a tribute is planned to honor Gerald Peary’s three decades of film criticism and journalism at the Brattle Theatre on November 12th at 7 pm.

Peary began his Boston sojourn in September 1978 as the film critic for The Real Paper; the last 12 years he has shared his thoughts on film culture through a column in The Boston Phoenix. But his contributions reach beyond the page (or screen) into film education, programming, and documentary filmmaking. The release of his doc For the Love of Movies: The Story of American Film Criticism, seven plus years in the making, is right around the corner. The celebration includes screenings of Peary’s favorite films and a discussion with the Brattle’s Ned Hinkle.

With departure comes arrival. This month NewEnglandFilm.com launches a complete overhaul of the website, the first “renovation” since 2000 (see a design retrospective). Learn about the relaunch and join Publisher Michele Meek and Editor Erin Trahan for a live online chat on November 11, 2008 at 2 pm EST.

We are also happy to introduce readers to Noa Rembiszewski, the new artistic director for the Boston Jewish Film Festival (November 5-16). Rembiszewski discusses her first year of programming and the theme of Generation X here.

Citizen journalists of any age can do more than vote on November 4th. MassVOTE Eye on Democracy Video Contest wants videos of less than three minutes that document voters’ experiences on election day. Remember, you’re not allowed to bring cameras into precincts. But you can talk to voters on “Main Street,” at their kitchen table, or while they are glued to their favorite news source, watching the results flow in. Cash prizes! www.massvote.org

Knee Deep is a true crime documentary about how Josh Osborne, a Maine farm boy, tries to kill his mother in order to protect the family farm and the only life he knows. The film will have its broadcast premiere on the PBS series Independent Lens, on November 6th (check local listings).

Two screenings of Maryanne Galvin’s documentary, Interrogate This: Psychologists Take On Terror, are slated for the near future: At Emerson College (Bill Bordy Theater) on November 11th at 6 pm and at the Massachusetts Bar Association (20 West Street in Boston) on December 9th at 6 pm. Both events are followed by panel discussions.

The 10th EROS (Encouraging Respect of all Sexualities) Film Festival will be held November 5-8 at Trinity College in Hartford, CT.

SNOB (Somewhat North of Boston) Film Festival takes place November 7-9 and is chock full of locals. This month we profile the director of Dean and Me. Helldrivers: America’s Original Crash Test Dummies includes footage from Doug Danger’s Guiness record-holding motorcycle jump in Loudon, NH. Truce is a fictional short film about a warring mother and daughter; Pascha was filmed by SNOB’s own Peter Burgess, Mike Eschenbach, and Bill Whitman; In The Shadows Of Monadnock is an animated film made by seventh graders from the Mountain Shadows School in Dublin, NH; Love And Class In Connecticut is a feature film based on a play by Susan Cinoman; Radio Cape Cod has raked in the awards and ran at the Coolidge this summer. One Too Many is a student-made film by Cam Steckler of Nashua, NH.

Ruff Cutz is certain they are going to sell out but still wants you to mark your calendar: November 14th is the opening night gala, the 15th includes panels and evening networking party, and the16th is for film screenings and closing night awards party.

C.P. Casting is hiring background extras to portray hotel guests & staff, tourists, fishermen and deckhands in the feature film Hatteras Hotel, shooting in Rockport, MA between November 10th and December 18th. Extras be over 18 and provide their own transportation. If you’re interested, visit cpcasting.com, fill out the “size card,” add a recent photo, and mail it to the C.P. Casting offices.

The Hartford Jewish Film Festival (March 14-23, 2009) and the Kirstein Family Fund announced a new film competition, open to recent (2003 or later) documentary or fiction films up to 30 minutes in length, which explore the “lessons of the Holocaust through the lens of history and modern times.” The deadline is November 16th. Winners of the best documentary and fiction films will receive $1,000 cash prizes.

Home Across Lands chronicles one family’s journey from an Ethiopian refugee camp to their new home of Rhode Island. The documentary will premiere on November 19th as a benefit for International Institute at the Columbus Theater in Providence. John Lavall produced the one-hour documentary in conjunction with executive producer Mary Copp, cinematographer Jessica Jennings, and editor Julie Lewis. For more information, visit www.devlomedia.com or www.iiri.org.

Worcester’s Mark Lund knows figure skating. And now he knows filmmaking. He shot the sci-fi short, First World, in Massachusetts in 2007 and it has been screening around the world ever since. It screens at a science conference in Varanasi, India on November 10th and at the New England Fan Experience on November 22nd. Learn more at www.firstworldfilm.com.

The Northampton Arts Council is accepting submissions for the third annual YouthFilm festival until November 28th. The festival will be held in February 2009. Learn more at www.northamptonartscouncil.org.

Fundraising and strategic planning consultant Morrie Warshawski will lead three different workshops for independent filmmakers December 6-7 in Boston. Topics include: Jumpstarting your career, the fundraising house party, and how to get grants or donations for your film/video project. Contact Susi Walsh at Center for Independent Documentary (susi@documentaries.org) for workshop details.

Wheaton College in Norton, MA is accepting applications for a visiting artist in residence to teach two film-related course, one per semester, for the fall and spring semester of 2009-2010. They are especially interested in artists and professors who can provide students with specialized interdisciplinary connections in filmmaking and other fields of study. Learn more at www.myspace.com/wheatonfilm. Applications due February 1, 2009.

Emerson students, led by undergrad Martin Zaharinov, have banded together and formed IS Films, a nonprofit organization that will offer funding and fiscal sponsorship to area film students. The board has already secured three major grants (from Panavision, Kodak, and Fotokem) to produce a film written by an Emerson alumnus.

You just missed the Ninth Annual Rhode Island International Horror Film Festival, which lists its award winners here. While you’re at it, check out the entire list of award recipients from the 2008 Rhode Island International Film Festival (RIIFF) Screenplay Competition. Karen Webb from Hopkinton, MA, Caitlin McCarthy from Worcester, MA, Rachael Smith from Hope, RI and Jason Burns from Providence, RI, were among the top prizewinners.

The Healing Arts, a documentary that profiles a unique New England arts treatment approach for people living with chronic, disabling physical and emotional challenges, won the Best of Festival award at The Focus Film Festival. Held each year in Chico, CA, the festival celebrates efforts to improve the lives of persons with disability. Filmmaker Ben Mayer, executive producer Patricia Pedreira, and one of the film’s subjects, writer and teacher Peggy Rambach, attended the festival to accept the award.

On October 10th, Governor Deval Patrick signed legislation to establish a Creative Economy Council in the Commonwealth of Massachusetts. The Council will measure the creative sector’s contributions to the state economy and promote public policy and private sector practices that foster economic growth and stability. The press release issued by the Department of Housing and Economic Development stated that a 2007 New England Foundation for the Arts report determined that Massachusetts has 109,000 jobs in the cultural workforce, representing 3.3 percent of the state’s overall workforce.