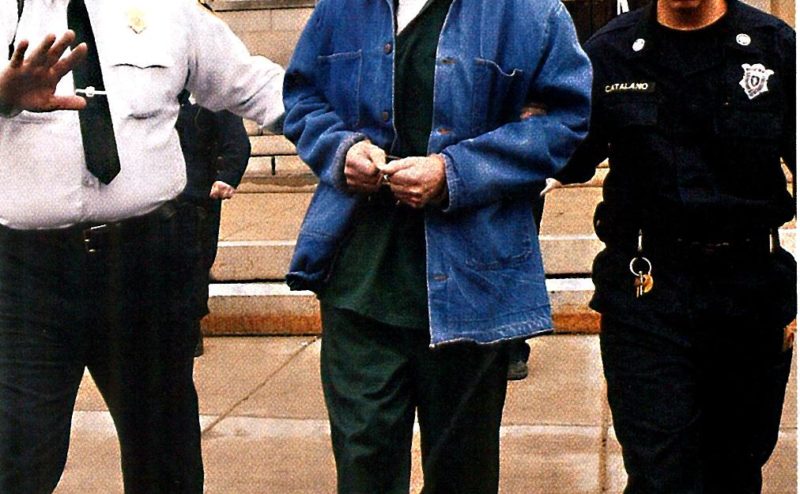 Almost a No Go

Despite a long history of attracting regional filmmakers to an event that festival organizers say has helped Northampton, MA earn the distinction of being named a top “Small Arts Destination Town,” an acute funding crisis has almost cancelled this year’s Northampton Independent Film Festival (NIFF).  Through the stewardship of the festival board and the support of its sponsors (notably Comcast and WGBY), this year’s festival will be held on a smaller scale than previous outings.  Rather than a two-week event complete with a blues concert, as last year, the 2008 NIFF will feature 80 films shown in two venues the weekend of October 24-26.

With a lineup including MA-based Susan Gray’s Killer Poet, a documentary about convicted murderer, prison escapee, and poet Norman Porter; Etienne Dhaene’s The New World, a comedy regarding a French lesbian couple’s attempts to build a family; and Charlie David’s Mulligans, the story of a family’s honesty and forgiveness in the aftermath of an affair, the festival is prime to attract those seeking varied films with local ties.

Board president Douglas Guthrie, who has been involved with NIFF since 2003, answered questions about the festival’s past, present, and future.

Jared M. Gordon: You’re the president of the NIFF’s board of directors.  Tell me a little bit about yourself and how you came to be involved with the festival.

Douglas Guthrie: I’m the regional vice president for Connecticut and Western Massachusetts for Comcast Cable.  With Comcast we really focus on being part of the community, giving back when possible.  Through our relationship with WGBY, I was introduced to the festival group and asked if Comcast would want to sponsor the event.  It fits in really well with what we do, such as our work with the Independent Film and Sundance Channels.  We know how diverse and interesting the Northampton scene is, and so we thought that the festival fit our needs nicely.  Still, I don’t like to give money unless I understand everything about the project, so I attended a board meeting and worked my way into the role as board president.  I took on an operations role, hiring staff, helping to plan, attending screenings, and meeting people who could help our vision.  The mayor of Northampton is great, and has always shown her support for us and what we do.  I think that this year, we’ve organized it at a good scale to take advantage of the Northampton movie scene.  We have 80 films, but not having to spread it over two weekends simplifies it and it works for us.

JMG: Tell me a little about the history of the NIFF.  Why was it started?  What void did it fill?

Guthrie: I wasn’t involved with its inception, although David Kleiler, who was instrumental in establishing Coolidge Corner [Theatre], is one of our advisors.  It was really on account of our founders, Dee DeGeiso and Howard Polonsky, who recognized the great arts community in Northampton as well as its great culture, so they started running films.  Originally, it was more of a standard festival in which they’d screen older works, but then they made it into more of an independent showcase.  It eventually evolved to where we started it on a Tuesday and ended it on a Sunday, and soon we had to break it into two weekends.  It continued to grow and although we had a really focused staff and director last year, it became almost too big for the community to support.  We had to evaluate it as a business, and it was clear that the festival was losing money.  That’s why this year, we decided to build a more manageable festival.  Our focus is on the Northampton area, and our hope is to bring in films that speak to that audience.  Locally made films like In a League with Us, Smoke House, and Turkey Bowl will really appeal to the local community.

JMG: What have been some of the recent challenges facing the NIFF?

Guthrie: One of the things that we had to struggle with was whether we should take this year off.  The challenge was to raise some money, go shorter, and still put together a meaningful festival.  We had to ask ourselves how we’d go from a submission-based festival to one that goes out and procures films on its own.  We used our resources to understand what’s going on in other festivals such as speaking to the Woods Hole Festival people to understand what they did this past summer.  What works deserve a better audience?  Our plan is to take some of those films and bring them to Northampton even though they’re being replayed, as there are audiences who should see them.

We didn’t use Withoutabox or other traditional means.  We relied on a few dedicated people to screen films and find other films of quality.  We sent mailings to former sponsors to inform them that we couldn’t produce a fancy guide like last year, but that we would put their names onscreen and put them up on our website.  In this way, we’ve also addressed environmental considerations.  We ultimately had to regroup and redo the whole thing.  We had people using our website, sending us checks and mailing submissions to us.  One thing we really want to push this year is our unlimited $30 full festival pass.  A full pass at that price point, as far as I know, has never been done before, so maybe it will bring more people out.

JMG: Looking ahead, what plans do you have for future festivals?

Guthrie: This is a new world and we have to adapt to what’s going on.  We have to find the films that address and continue to address the community.  As a whole, we’re there to find independent, thought-provoking films that people truly enjoy.  It’s this idea that we’re in a changing environment that has become our theme.  We have to evolve, stay relevant, successful, and smart about it.  It’s a challenge to do something that’s both artistic and profitable, and we won’t compromise on either side.  We believe that we’re going to do it, and going forward to next year, it’ll be our 15-year celebration and we’re planning to bring back a festival director, bring back Withoutabox, and pay for some new films, which we haven’t done in the past.  We’re going to walk into next year with a great plan, thankful to the community’s for helping us to survive.  It’s the film community and our sponsors who will help us determine the future of the festival.

Visit www.niff.org for a complete schedule of the 2008 films. Editor’s note: Withoutabox is an online festival management system that is used to attract, track, and organize film submissions.

Visit www.niff.org for a complete schedule of the 2008 films. Editor's note: Withoutabox is an online festival management system that is used to attract, track, and organize film submissions.