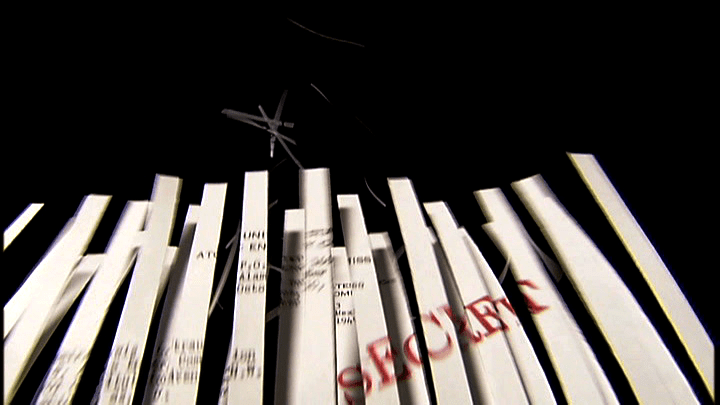 One of the many great things about Secrecy, the new
documentary directed by Harvard University professors Robb Moss and Peter
Galison, is that it doesn’t contribute to any sort of political fatigue — that
angry/discouraged /helpless feeling you get after talking about politics for too
long.
Without any narration, the film leads viewers into an
exploration of one of the most important and relevant questions of our time: Is
increased government secrecy post 9/11 keeping us safer, or is it destroying our
country’s most sacred values?
“We meant the film to be an investigation,” Moss says. “We
didn’t start with a conclusion. We wanted it to be much more experiential than
argumentative.”
“With the audience, we wanted to work through a
complicated, tricky problem about whether we need more or less secrecy,” Galison
says.

The Cast of Characters

To better understand how secrecy, fear, and executive power
intertwine, Secrecy interviews journalists, lawyers, and CIA agents —
professionals who have devoted decades of their lives to keeping secrets or
revealing them.  The filmmakers purposely avoided experts at the highest levels
because their ready-made answers would have lacked “the vibrancy of someone
grappling with an issue,” Galison explains.
“We did the opposite of ambush journalism,” he says. “We
asked them to talk about the best possible case that illustrates their point.”
A counter-terrorist intelligence officer refers to a
newspaper article that revealed National Security Agency capabilities, a leak
that led to the loss of information that could have prevented the terrorist
killing of 241 soldiers — most of them Americans — in Beirut in 1983.  A
Washington Post reporter reminds us how little we might know about Iraq’s
lack of nuclear weapons had we been forced to rely on what the government told
us.  Lt. Commander Charles Swift and Neal Katyal, a Georgetown University
Law School professor talk about winning the Hamdan v. Rumsfeld case, which
challenged the military trials at Guantanamo.  The Supreme Court agreed
with the men that President Bush’s tribunals violated U.S. law as well as the
Geneva Conventions.
As professional as each speaker is, snippets of human
nature come through. There’s the tendency to ascribe bad, even traitorous,
motives to others; to think one’s own approach is the right and virtuous one;
and to believe that average Americans — and oftentimes fellow federal agents —
are on a need-to-know basis about certain goings on.  It becomes clear how
secrecy can become dangerous, especially if power goes unchecked.  If no
one is held accountable, rules get bent in the pursuit of certain goals.
Collectively, the characters talk about government secrecy,
yes, but they also allude to the seduction of secrets, and the power they convey
to the inner circle.  "Secrecy is like the forbidden fruit," Galison says.
Human nature being what it is, the film makes viewers realize, with fresh
awareness, the vital importance of our democracy’s built-in system of
checks-and-balances.

Since the film premiered at Sundance in January, it’s had a
busy dance card, with showings at South by Southwest, Tribeca, RiverRun
International, the Independent Film Festival Boston (where it won the Special
Jury Award for documentary feature), as well as in San Francisco, Oregon,
Philadephia, Florida, Wisconsin, Scotland, and Quebec City.  The film will be
shown in Newport, RI, and Nantucket in June.  Screenings in Warsaw, Prague, and
Vancouver are slated for fall.
No matter where the film has landed on the festival
circuit, it’s provoked serious, intense conversation.  People have appreciated
that the film doesn’t preach nor is it one-sided, Galison says. Non-American
audiences have expressed curiosity about the American system of government. For
them, the film also raises questions about their own countries’ ‘secrecy’
systems, which are often much more opaque, Galison says.

Galison, a science professor, has another documentary to
his credit: Ultimate Weapon: The H-bomb Dilemma (with Pamela Hogan),
which explores the moral-political debates over the hydrogen bomb.  He
co-teaches a Harvard course called “Filming Science” with Moss, a seasoned
filmmaker, and Harvard visual studies professor, whose recent film The Same
River Twice, premiered at Sundance in 2003.
Sharing a classroom can be difficult, confides Moss, but
not with Galison.  Their compatibility in the classroom as well as their comfort
with what Moss calls “the half-formed idea” made them believe they could make a
film together.
“We agreed early on that everything was up for discussion,”
Galison says.  “I wasn’t going to be the analysis guy, and Robb wasn’t going to
be the aesthetics guy.”
While the two were convinced that exploring secrecy would
provide a way to better understand the current political moment, they were
mystified as to how they were going to bring the concept to life.  “Secrecy
resists any kind of visualization.  It’s a terrible idea for a movie,” Moss says.
“There’s nothing to point a camera at.  In a way, that freed us to imagine.”
People originally warned them that the documentary could
have a “white paper” feel to it, or it could be something aesthetic and
creative, but it couldn’t be both.  The two forged ahead anyway, deciding to
employ art and music in evocative and moving ways, to profound effect.
Both single out editor Chyld King, composer John Kusiak, and
animator Ruth Lingford as invaluable contributors to the evocative look and feel
of the project.  In one animation sequence, figures move from one
disturbing scenario to the next.  The animation is simple, almost like a
flip-book, which somehow adds to the unsettled feeling you get as you watch
frame after frame of what appear to be scenes of torture and rape.  There
is something jarring and mesmerizing about watching beautiful "artwork" depict
terrible things; just as you say to yourself, "Is that what I think I see?" the
animation has moved on to the next atrocity, wedging an unforgettable feeling in
your heart.
While the men disagreed about many things over the four
years it took to make the film, once they saw a clip on the screen, most of
those disagreements dissolved.  “It’s been my experience with films that they
are impervious to the brilliant idea,” Moss says, adding that film is very
unforgiving about a piece that “almost” works.
"In the end, the movie has the final say.  The screen
itself becomes the arbiter."
Galison and Moss are currently negotiating television,
DVD, and theatrical distribution deals.  Learn more about the film at
www.secrecyfilm.com.