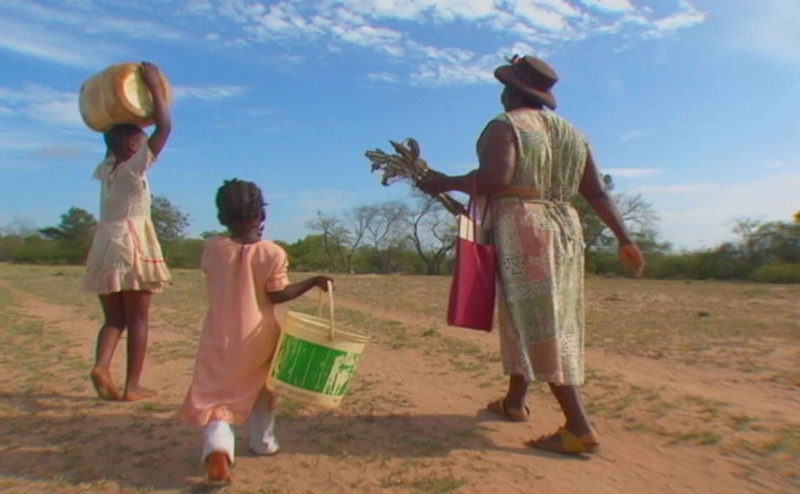 Share
A report of news & happenings in the local industry for February 2008.
Email news to news@newenglandfilm.com.

Showtime’s acclaimed series Brotherhood has been picked up for a third season and will continue to be shot on location in Rhode Island.  “Brotherhood has employed over 300 local full-time crew members and produced more than 225 speaking roles for local actors, along with approximately 3,000 extra and walk-on roles” in the previous two seasons, according to Steven Feinberg, executive director of the Rhode Island Film & Television Office.

Like its New England neighbors, RI has recently played host to a growing number of major feature films.  Director Lasse Hallstrom (Cider House Rules, Chocolat) started shooting Hachiko:  A Dog Story last month in Rhode Island.  Bristol and Woonsocket residents have been looking out for stars Richard Gere and Joan Allen.  (But the real star of this story is a famously loyal dog.)  The Providence Journal reports that the production will close down a portion of Hope Street in Bristol for a full day of filming on February 25th.

With all the feature film work flooding in to New England, thought you might like a friendly reminder that NewEnglandFilm.com has a lot of free opportunities to find work and to let fellow filmmakers know what you’re up to.  Check out our directory, for starters, browse or post events, and find jobs (both paid and unpaid) online.  We love those “I met my BFF crew members on NewEnglandFilm.com” stories, too.  The sappier, the better, so send ‘em in.

The Roxbury Film Festival has a series of screenings planned this month at the ICA, Boston.  Youth-produced videos screen twice February 7th and Best Shorts screen twice February 10th.  Want to be part of Roxbury 2008?  The festival is now accepting submissions for its 10th annual festival, to be held July 29-August 3.  The early deadline is April 18th; the final deadline is May 2nd. View the guidelines here.

Today the Hawk Takes One Chick by Jane Gillooly (professor of film at the School of the Museum of Fine Arts) makes its Boston debut on February 9th, 7 pm, at the  ICA, Boston.  The documentary follows the lives of three grandmothers in Swaziland where the HIV infection rate hovers at 40 percent and life expectancy at 32 years. Gillooly will be present for Q & A following the screening.  Learn more.

Want more young people to grow up and be filmmakers like Gillooly?  Professional documentarians are wanted as mentors.  Share your precious doc-making knowledge with the enormously talented youth at RAW Arts, profiled by NewEnglandFilm.com in September.  E-mail your creds to Chris at chris@rawart.org.

An unofficial editor’s award to Images Cinema in Williamstown, MA for coming up with Animal, Vegetable, Cinema: A Food Film and Potluck Series. All screenings will be followed by a discussion of the film with local food producers. And of course, bring potluck dishes to share! Films include: King Corn (February 10th), Hamburger America (March 9th) and Asparagus! Stalking the American Life (April 20th). And if that doesn’t draw you in, try Tracing Migration in Film and Art — a film and lecture series on global migration with a critical eye on race, gender, identity and invisibility, running February 3-25.

Out Film CT, producer of the Connecticut Gay & Lesbian Film Festival, announced that Shane Engstrom will be its new director.  Engstrom succeeds Dan Millett, who led the state’s oldest film festival for 11 years.  Millett will stay on in an advisory role.  The 2008 festival kicks off May 30th.

The Maine Film Commission advises the Maine Film Office in facilitating and promoting film, television, photographic and emerging-media production in Maine.  Lance Cromwell of Falmouth and Brenda Nasberg Jepson of Stockholm were named co-chairs of the Commission for 2008. Chris Sweet of Westbrook will serve as vice chair.

Each spring Boston University screens its top eight top graduate and undergraduate student films as part of the Redstone Film Festival.  Winners of the festival and the prestigious Fleder-Rosenberg short screenplay contest are announced at the event, slated for February 13th, 7 pm, at the Tsai Performance Center.  The event is open to the public and admission is free.  Find out more.

Women in Film & Video/New England (WIFV/NE) presents animator, educator, and mentor Yvonne Andersen and her former student Amy Kravitz for an evening of their award-winning short animated films, including We Will Live Forever and Roost.  Kravitz holds Andersen’s former job, teaching animation at Rhode Island School of Design.  Both will be present on Feb 13th, 7pm, at MIT 6-120.

WIFV/NE will be accepting entries for its Sixth Annual Screenwriting Competition until March 15th.  Click for details.

Evren Celimli composed the soundtrack for MA-based Beth Murphy’s documentary Beyond Belief.  Celimli is donating a portion of proceeds from CD sales to Beyond the 11th, the organization featured in the film that supports war widows in Afghanistan.  See Beyond Belief  at the MFA, Boston on February 16th at 7 pm, followed by a Q&A, or catch it during a longer engagement starting March 1st. Check out www.evrencelimli.com.

Harvard graduate Nina Davenport will be present with a sneak preview of her latest documentary, Operation Filmmaker, on February 17th, 7 pm, at the Harvard Film Archive.  The film follows Baghdad film student Muthana Mohmed as he arrives in Prague for an internship arranged by actor/director Liev Schreiber on the set of his film Everything Is Illuminated.

MovieMaker Magazine will be featuring the Granite State in an upcoming issue as part of its article series, "On Location."

It’s time to pitch WGBH’s Open Call with stories related to the topic of caregiving.

Once known as the Martha’s Vineyard Independent Film Festival but no more — it’s returning to its original name — The Martha’s Vineyard Film Festival, so writes founder and director Thomas Bena.  Other changes are afoot: they’ve moved into new offices and have a guest director this year, Brad Westcott.  So brush off the snow and brave a ferry over March 14-16 for the eighth annual fest.

Center for Independent Documentary wants YOU to know how to write proposals.  A panel of local funders will share their experiences in evaluating independent film proposals on March 19th, from 6:30-9:30 pm.  Learn about this opportunity here.

The Chlotrudis Society for Independent Film announced its 14th annual award nominations.  In addition to nominating best films and actors each year, the society selects a buried treasure, which they call the “most competitive and prestigious category.”  The 2008 buried treasure nominees are:  12:08 East of Bucharest, The Live-In Maid, Romantico, Tears of the Black Tiger, Wristcutters: A Love Story.  Finalists for this year’s Annual Chlotrudis Short Film Juried Festival screen on March 5th, at 7:30 pm at the Coolidge Corner Theatre.  Award winners are announced at a black-tie ceremony on March 30th at the Brattle Theatre.  Who is Chlotrudis?

Past NewEnglandFilm.com contributor T.J. Paolino is organizing a fundraiser for the Institute for the Study & Practice of Nonviolence at the 903’s Great Room in Providence on February 24th at 7 pm.  Funds will help Paolino launch an after school theatre program.

Mass Production Coalition president Joe Maiella and other leaders of the MA film industry were interviewed on WGBH’s Greater Boston with Emily Rooney.  Watch the clip by clicking here, then scroll down and click the Hollywood Writers Strike episode from January 16th.

Montana’s Big Sky Documentary Film Festival received nearly 1,000 submissions and many docs with New England ties made the cut.  Congrats to: Cartoneros, Kurt Cobain: About A Son, Polis is This, Row Hard, No Excuses, Shadow of the House, and perhaps others.

Worcester’s Caitlin McCarthy is making history.  She placed two narrative feature scripts, Wonder Drug and Vera, in the top 10 in the Cinequest 18 Screenwriting Competition —  she’s only the second person to earn this honor.  Free Skate was a semi-finalist in last year’s Cinequest 17.  You may recall that all three scripts have raked in awards.  We can’t wait to get word on production!