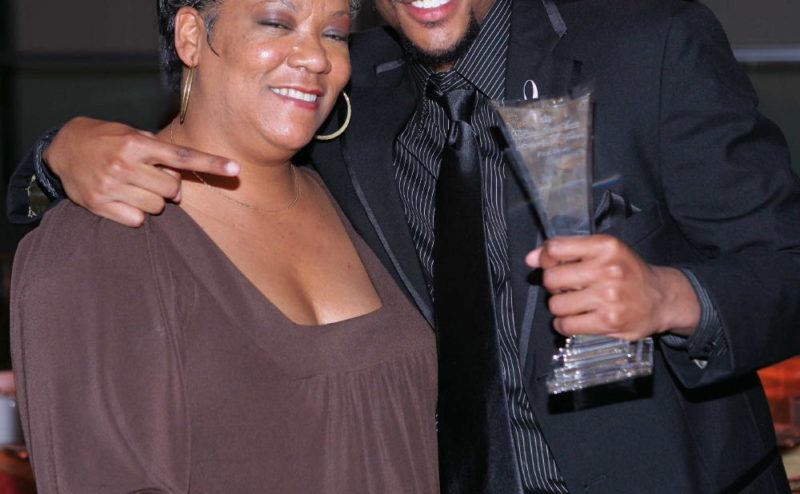 Share
Roxbury native Robert Jones receives a prestigious award to help him make The Get Down.
Roxbury native, Buckingham Brown & Nichols graduate, Howard University graduate and now American Film Institute-soon-to-be graduate Robert Jones was awarded the prestigious Princess Grace Award for his film The Get Down.  The award, given out in NYC in October of this year, was not only an incredible honor, but also an important source of income as he works to find funding for his thesis project.

Jones says The Get Down "is about two brothers who decide to rob a bank in order to stick it to ‘the man.’"  Other AFI projects tackle the tough subject of how a Vietnam veteran deals with his homecoming and a more playful subject — one couple’s argument about oral sex.

Growing up watching movies, Jones didn’t think of a career in film (he was planning on joining the NBA) until his first year at Howard where on a whim, he took a film class where he made his first short film, and the rest is history.  Albeit a short history.

In it for the fun of it and not to make money, Jones wrote another film outside of class entitled Love, Hungry Madness that he anticipated would take a few weeks to shoot but ended up taking a few months and taught him a great deal about the art and business of the filmmaking process.  It was well received, so he figured he had a knack for this type of work and his unique style, a mixture of tones and textures within his films, caught the eye of one particular professor, James Rada, who mentored him through his remaining time at Howard.

Upon graduation and unsure of where to go next, he had a conversation with his friend/cinematographer who applied to the American Film Institute.

"AFI," thought Jones.  "That sounds good," and he applied just two days short of the deadline.  He got in.  (Just so you know, so did his friend.)  "It was a fluke," he says, but obviously the admissions team at AFI thought differently.

Fast forward through a few attempts at making films at AFI (the first year they are on a three-cycle film structure and his first two films were not well received) so doubting his ability to make movies, Rob was seriously considering coming home.  His third film in the cycle, however, was well received and the same film he used to apply to the Princess Grace Awards.

Now the story is not all that easy:  needing money to complete his thesis film, since students are required to raise their own money, Rob had no idea where he was going to get the $60,000 that he had budgeted, until his friend (cinematographer) showed him the application for The Princess Grace Award.  Once again, "Hmm," thought Jones, and just two days shy of the deadline, he applied, and won.

So, I see a theme, building ever so nicely for Jones, and one we might all consider: don’t spend so much time thinking about it, just do it, because you never know.  He says, "What matters is the product and you have no way of knowing whether someone will like it or not."

"I make movies for myself, the movies I want to make and I try to stay true to myself."  His parents and his family he says keep him grounded.  His father always said, "focus and hard work," a discipline that Jones has obviously followed.

Well, the New York soiree with Roger Moore, James Earl Jones, George Lucas, Prince Albert II of Monaco, his sister Princess of Hanover, plus many other high powered celebrities and film folks was both "surreal and an amazing honor."

Princess Grace was very much devoted to emerging artists and after her death her husband Prince Rainer set up this foundation in her name to both honor and support these emerging talents.

Always asked, "What’s your tone, what’s your genre?"  Jones can only say that he likes films that are small in nature but have universal appeal.  He likes filmmakers such as the Coen brothers, Quentin Tarrentino, and Alexander Paine, who push the envelope a bit and make the viewer think a different way.

With the rapid trajectory of his career, we look forward to seeing not only the final cut of his thesis project, but what he has in store for us in the not too distant future.

This story originally appeared in the Kay Bourne Arts Report issue #19 and is reprinted courtesy of Lisa Simmons and The Color of Film Collaborative.