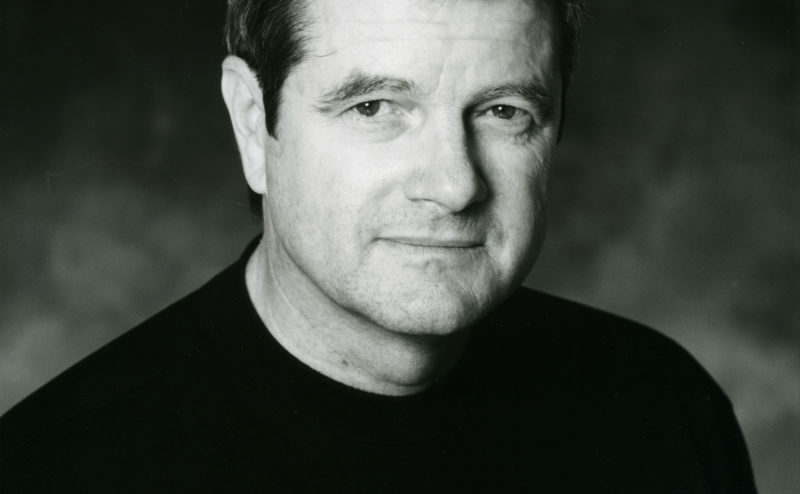 Berklee College of Music in Boston is the world’s largest independent music college and has long been an innovator in music education.  It is the only school on the East Coast to offer a degree program in film scoring, which teaches students to compose, orchestrate, and synthesize music with visual media.  Scoring is a distinct and complicated craft, not easily taught or learned.

No one understands this better than Dan Carlin.  He recently joined Berklee’s faculty as the new chair of the film scoring department.  Unlike his students, he didn’t go to school to learn about integrating music and film.  He learned it at home, it being the family business.  His dad, Dan Carlin, Sr., was a music editor and his brother and two sisters also became music editors.  The family’s list of credits reads almost like a history of American movies for the last 40 years.

Carlin comes to Berklee after a long track record of success in Hollywood.  His résumé suggests he should be in late middle age, but he seems younger.  Maybe it’s just that he’s a true Hollywood guy, tanned, fit, and friendly.  He likes to talk and he likes to listen and he’s good at both.

I asked Carlin if his upbringing might be a problem in understanding how his students learn film scoring.  Maybe he picked it up by osmosis just by just being around music and film all his youth?  “I just liked music, you know, I just wanted to hang with the cats,” he said.  His dad used to take him to the scoring sessions just for fun.  He was an amateur musician throughout his school years but never considered himself good enough to become a professional musician.

Carlin had a few months after his doctoral exams and before a job teaching anthropology in Khartoum, Sudan.  So he decided to help his father with some music editing.  That summer, a coup attempt in Khartoum was suppressed by the government, leaving more than 700 rebels dead.  The University of Khartoum shut down until the situation stabilized.  Dan never got the chance to teach there.  Anthropology’s loss was film’s gain.

To get a sense of how scoring works in big-budget Hollywood, we talked about The Black Stallion, on which Carlin served as music supervisor.  “I came onto that [project] after principal photography was over.  Other films that I’d worked on, I’d come in during pre-production if there was a lot of visual music.  We were kind of the stepchild to Apocalypse Now, which was being made at the same time.  Francis Coppola was the executive producer [of The Black Stallion].”

It turned out that Coppola had almost no money for post-production music (Apocalypse was going way over budget) and he suggested that his dad — Carmine Coppola — be hired to do the music for Stallion.  According to Dan, “Carmine started writing for us then and we would have sessions up at Francis’ house.  Carroll Ballard [the film’s director] would say: ‘Well that’s great, Carmine, but I only need 10 percent of this.  We’re on this island; the kid’s alone. I don’t need an opera.’”

Carlin goes on to explain, “So we recorded [the music], and Carmine conducted it.  And we had a preview in Seattle, and it was a good preview, but the music didn’t work.  And Francis knew it didn’t work.  So he said ‘Ok, what are we going to do?’”

Carlin invited a small group of musicians back into the recording studio. “I brought in some percussionists, a guitarist, a guy who played a whole bunch of different instruments… we started coming up with the island stuff.  We took some of Carmine’s themes — which were quite nice — and adapted them.  Carroll liked it so much that what we agreed to do was to re-record the major moments in the movie like, when he rides the horse on the beach for the first time,” said Carlin.  He believes that by making the sound smaller, they made it better.  By making the sound smaller, they were able to make it better; instead of a full orchestra, a small ensemble would work.

The Black Stallion has three separate sections, almost three movies in one.  The second section — about the castaway boy and an untrusting horse on a deserted island — lasts 30 minutes without dialogue, minimal music and sound effects.  I asked Carlin about the quiet in the island scenes.  “I’m a big fan of space, whether it’s visual or audio.  That’s what makes the other stuff work so well.  Traditionally, filmmakers haven’t been afraid of the pause — the long hold.  A lot can be said in that.”  So Carlin decided to leave the sound open, just like the island.

Carlin has an impressive list of other film credits to his name: Days of Heaven, Steel Magnolias, Cobb, and A Civil Action to name a few.  After a long career in film Dan decided to slow down the pace:  “When you’re in Hollywood, you’re expected to drive the Porsche and have the fancy house and then you get to a point where you say you know what?  I don’t need to do this anymore.  There may be something more interesting or meaningful to do.”

So, in 2004 Carlin became the executive director of The Henry Mancini Institute, an educational program for young professional musicians, until the Institute closed in 2006.  This led Carlin to the film scoring department at Berklee.  It’s a big move from Hollywood to Boston, and Carlin said that he decided to do it only after his wife Lynn, a special education specialist, agreed. “If you love film and you love music, this is the perfect job,” he acknowledged.

But more than anything, Carlin found himself ready to return to higher education.  He did, after all, spend years studying anthropology in pursuit of a PhD.  Though it arguably has never been simple, film scoring today cannot be learned by osmosis.  It’s a complicated craft that requires proficiencies and training in multiple areas:  composition, counterpoint, orchestration, conducting, and ever-evolving computer/synthesis skills.  And as Carlin knows, the more difficult aspects of the craft — collaboration and understanding what your director is aiming for — can be learned only through practice and experience.  He is proud to report that each Berklee film scoring student is responsible for composing, scoring and supervising the music for a short film in order to graduate.