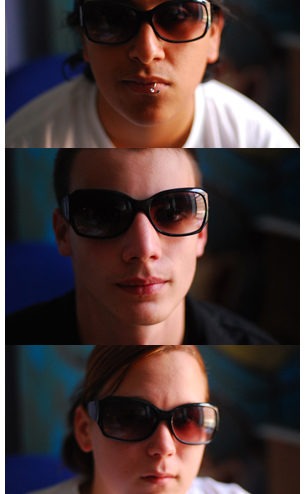 Share
Teens from Raw Art Works wow audiences with the kid spy short, The Quimby Files, showing at this month’s Boston Film Night.
I may be a bed wetter, but when it comes to cleaning up the crumbs, there’s none better.”  So posits Tom Quimby, hero and kid spy extraordinaire of The Quimby Files. What makes this film, winner of an Audience Award and Producer’s Choice Award at the Boston 48 Hour Film Project, stand out among 92 submissions of this year’s competition?  It was written, shot and edited by a team of teenagers.

In a time when critical press might raise the question, “Just what are those kids doing?” children and teens from the Greater Lynn area can answer, “We’re amazing our instructors and ourselves, creating all manner of art at Raw Art Works.”

The idea for Raw Art Works was conceived in 1988 when three art therapists working at Danvers State Hospital were enlisted by the Department of Youth Services to develop an art therapy program for incarcerated youth.  The program ran successfully for several years.  Convinced that the concept could be effectively applied in addressing the needs of at-risk youth in the general population, the trio restructured it into a long-term intervention program.  They rented office space in Lynn and in 1994 Raw Art Works opened its doors.  Since then the number of kids served each year has grown from 16 to 600, and Raw Art Works has gone from renting one floor to occupying an entire building, which they call Raw Space.

Over the years, programs have been added to meet the needs of Raw Art Works’ diverse clientele.  In 1999 a pilot filmmaking program was initiated.  In its early years Boston filmmaker Chris Gaines worked by day as an editor and volunteered his nights and weekends.  In 2004 he was hired full-time as director of the film program, Real 2 Reel Film School.  It was under his mentorship that the students in his advanced filmmaking class produced The Quimby Files for submission to the Boston 48 Hour Film Project.

The 48 Hour Film Project takes place in more than 50 cities worldwide.  Filmmakers have one weekend to make a short film, from script to final cut.   Each filmmaking group is assigned a genre and given a short list of elements to be incorporated into the film. Gaines and his assistant, Iga Mikler, represented their advanced filmmaking class at the Friday evening kick-off meeting in Boston last May.  Split into two groups, each half of the class would make a film. While Gaines and Mikler learned of their assignments, the kids, about 16 in all, waited at Raw Space for a phone call from them.

When the call came, the “Jets,” the group Gaines would steer, learned their assignment was a spy film.  The film had to include a shoelace, the line of dialogue, “When you come up with something, let me know,” a character named Tom, and a character trait of being gossipy.  Brainstorming began immediately.

Not surprisingly, the ideas were all over the map. When Desirée McMahon proposed they consider a kid spy, volunteering her little brother for the role, the suggestion took root.  Gaines was impressed with the students’ ability to collaborate. “It was sort of a free-for-all,” he said.  “But [there was] an understanding that nobody had ultimate ownership, and a success of any one [idea] was a success for the group.”

By about 9 pm Friday, the team had the essence of a story.  Russel Deleon and Cori Bradley volunteered to write the screenplay, with input from the group.  This proved to be one of the more difficult hurdles to overcome.  Deleon and Bradley struggled to put the story on paper.  Gaines confessed to experiencing some panic, worried they were in over their heads.  “I remember going upstairs and hiding, and talking to my girlfriend, saying, ‘I think I’m going to send them all home.  I don’t think we can do this.’  It came really close, because if you don’t have a story by Friday night it’s pretty much not going to happen.”  At 11 pm Gaines sent the other students home so the writers could better focus.   At 1 am, when Deleon was falling asleep at the keyboard, Gaines sent him home.   Though the writers had shaped the group’s ideas into a short story, there was no script.

Saturday the group reconvened at 8 am.  As the Jets were entering the building, their classmates from the other filmmaking team were leaving, script in hand, and ready to begin filming.  With Gaines’ help it took the group about an hour to transform the short story into a script, followed by some rudimentary storyboarding.  But at 11 am they were still in the building, trying to make sure they understood the story before setting out to film.  To add to their stress they hadn’t yet confirmed that Justis, McMahon’s brother, was available.  Of all days, that was the one he decided to sleep in!

Aware of the complexity of shooting a film in such limited time, coupled with directing a young actor with no prior experience, the group came up with a gimmick to take the pressure off.  Equipped with two digital cameras and an armful of props, they took Justis to the surrounding neighborhood and told him, “Pretend you’re a spy.”   They chased after him for three hours, hoping to get enough stills to tell their story.  They can’t estimate how many shots they took, at least 1,000, maybe many more.  “It was just like paparazzi,” Gaines said.

Justis McMahon, aka Tom, tracks down clues.  View the Files.
[Click to enlarge]

Late Saturday afternoon they headed for their first location to begin filming.  They worked efficiently, knowing they would soon be losing daylight, each member of the team pitching in where needed.  Even directing was a collaborative affair, the entire group receiving screen credit.  Throughout the day the crew was in a constant state of flux, kids peeling off as they had to leave for work or other obligations.

At 10 pm, they finished filming and returned to Raw Space where Justis’ voiceover and opening shots were yet to be completed.  Several phone calls had already been made to Justis’ parents, asking pardon for keeping him so late and pleading for a little more time.  Knowing their minutes were numbered Gaines admonished the crew to operate like clockwork.  While they set up lighting, Gaines took Justis into a makeshift sound studio and recorded the voiceover.  Within the hour they completed the remaining shots and returned Justis home, well past bedtime.

But there would be no bedtime that night for the Jets. They launched into the final phase, weaving it all together.  Melissa Palomba and Desirée McMahon did most of the editing, but everybody was involved in choosing which of the hundreds and hundreds of photos would be used in the film.  Meanwhile, others worked on music.  They were fueled by catnaps and coffee.  “There were Dunkin Donuts bags everywhere!” Palomba said.  They worked until morning, when they realized they needed more stills.  Gaines and Palomba headed out to a nearby park with a camera.

With an eye toward making the 6:30 pm Sunday deadline, Gaines confessed to a white lie.  “I told the kids we had to be all done by two o’clock Sunday afternoon,” he said.  He told them, “I know you don’t believe me, but this process is too easy.  Something’s going to go wrong.”  And it did.  At 1:58 pm they were outputting the film and the computer crashed.  They finally fixed it at 4 pm. “The whole film was done, and we couldn’t get a copy out!”

The experience was invaluable to the teens on many levels.  Palomba gained an important lesson about collaboration.  “I learned to listen to what other people have to say or you’re not going to get anywhere.”  The success of the film has given Deleon, who is also a talented artist, confidence in his abilities.  “I learned I’m better at art than I thought I was.  Raw [Art Works] has helped me grow that way.”  Though the time limitation presented challenges, in some ways it was liberating.  Deleon found freedom in knowing they couldn’t do countless takes of every shot.  “We would have to move on,” he said.  “We would just have to make it work.”  Palomba spoke about dealing with interpersonal issues, saying there wasn’t time to allow grievances to fester.  Differences had to be confronted right away.

The Quimby Files was first screened at the Kendall Theater, where the students were invited forward for a Q & A.  Gaines was thrilled that one of the three judges was personal idol, Thelma Schoonmaker, editor for Scorcese.  The film was screened again at the Coolidge Corner, as one of the films selected as an audience favorite.

Gaines is proud of his students and in awe of what they have accomplished.  “I’ve been making films since I was a kid, and these kids have me beat,” he said.  “My films are not playing at the Coolidge Corner to sold-out audiences and are definitely not passing before Thelma Schoonmakers’s eyes.”  His message to his students: “You guys are awesome!”