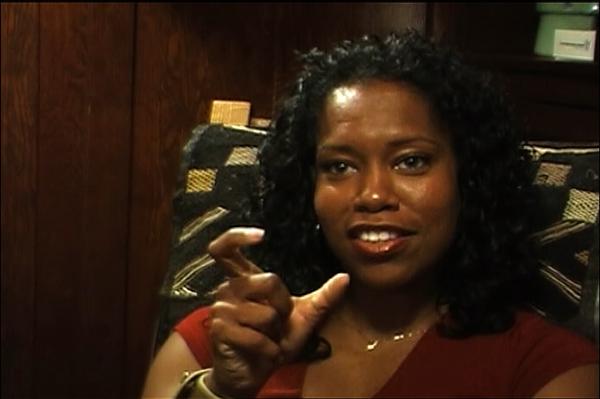 The Souls of Black Girls

Share
Daphne Valerius tackles beauty, media, and self-image in The Souls of Black Girls, screening at the Roxbury Film Festival this month.
It’s not much of a stretch to say Daphne Valerius is an accidental filmmaker.

Her documentary, The Souls of Black Girls, was supposed to be a 15-minute news piece for her master’s project in journalism at Emerson College.  Soon, 15 minutes turned into 50 minutes and through a series of connections she had made throughout her studies, she had several celebrities signed onto the project.

"In a way, I didn’t find it difficult," Valerius said about her segue into filmmaking.  "It was challenging to interview a celebrity like Jada Pinkett Smith, but I was trained to do everything at Emerson.  We were taught to shoot, write, and edit our own pieces, so I was really just building on the skills I was already learning."

The documentary explores the way the media views African-American women and how that, in turn, affects the way they view themselves.  Through interviews with young women, she traces the self-image of African-American women from to slavery to modern day, asserting that, in trying to attain the standards of beauty portrayed in the media, some black women may have developed a self-image disorder.

"It came from my own insecurities, self-esteem and confidence," she said.  "I felt women of color were not necessarily accepted or celebrated in the media as beautiful."

She had been unknowingly preparing for the documentary since she was an undergraduate at St. John’s University.  Her research project as a Ronald McNair Scholar, titled "Self-Esteem and Self-Confidence: The Effects of Mass Media on Women of Color… Forgotten," served as a foundation for the documentary.

Valerius interviewed friends, editors, anyone who was willing to speak with her on the subject.  "All the women were very honest about their feelings," she said.  "It’s something that we’ve always dealt with, but that we don’t necessarily talk about all the time.  Like we see with Don Imus, we’ve always had these issues.  We have a good way of masking that we even have a problem."

In fact, it was the willingness of the participants that brought the film from a 15-minute news story to a full-blown documentary.  Valerius attributes the unexpected amount of participants and the amount of information volunteered to the expansion of the film.  "It was really just a matter of asking," she said.  "It wasn’t something that was difficult at all."

The most reluctant subjects were a group of high school girls she interviewed as a focus group before she began filming.  "These were young girls who were just starting to go through it," she said.

Valerius produced, directed and edited the film in eight months and hopes to have a DVD out by the end of the festival circuit.  The success of the film has inspired her to start her own film company, Femme Noir Productions, focused on the production of films by and for women of color.

She completed The Souls of Black Girls on virtually no budget, borrowing all her camera, lighting, and editing equipment from Emerson.  The film follows a straight news documentary style since that was what Valerius was used to doing in school.  "I’ve always been a fan of investigative pieces," she said.  "When I was young, after TGIF, I was still up watching 20/20."

In addition to this month’s screening at the Roxbury Film Festival, The Souls of Black Girls premiered at the 2007 Pan African Film & Arts Festival in Los Angeles.  It was also showcased on AOL Black Voices and was featured at New York’s Apollo Theater, in an event commemorating Women’s History Month.

Valerius says the success of the film shows that there is a real interest in the subject and she would like to continue to do research on it, using other forms of media.  "I see this as a blueprint to a bigger project that can be done and I would love to expand upon it, especially after the Don Imus controversy," she said.

Though she has not yet lined up her next project, she says The Souls of Black Girls has piqued her interest in the medium and she would like to make another documentary in the near future.  "I can see myself going into that genre further and making people more aware of things they may not be aware of," she said.