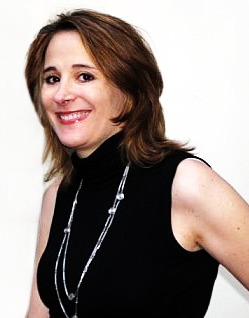 Share
Rhode Island native and LA-based producer Sasha Alpert discusses her latest accomplishment, Autism: The Musical, screening this month at the Newport International Film Festival.
Sasha Alpert was still juggling calls from enthusiastic viewers when she spoke with NewEnglandFilm.com on the phone from Los Angeles. Her latest production, Autism: The Musical, had just played four sold out screenings at the Tribeca Film Festival. “The film is extremely surprising,” she explained. “It’s not what people expect. It’s joyful. Nobody leaves sad.”

Autism: The Musical documents the lives of several families with autistic children, following them for six months as the children prepare to perform a live musical. Their director and acting coach is Elaine Hall, founder of the Miracle Project, and also the mother of a child diagnosed with autism. The filmmakers hope to provide a better understanding of autism, a disease that was relatively rare 10 years ago, diagnosed in only 1 in 10,000 children. In America today, autism impacts 1 in every 166 children.

A New England native, born in Rhode Island, Alpert began her career as an intern at the Agency for International Development, making documentaries about third world countries. “I decided in my sophomore year of college that I wanted to make documentaries.” She pursued a dual major in American Studies and Film at Wesleyan University in Connecticut. “I guess I wanted to change the world,” she quips.

As soon as she finished college, Alpert moved to New York City and began making documentary films. She produced many films for PBS, including the Voices & Visions series films on Sylvia Plath and T.S. Elliot, and the American Cinema series documentary on the Western. Her credits include specials for MTV, TBS and the Disney Channel. From New York, Alpert moved to Los Angeles, following her passion for film and her heart. She and her husband, Todd McCarthy, a film critic and journalist, have been West Coast residents now for almost 14 years. They have two daughters, one of whom looks forward to returning to Rhode Island some day to raise her own family. Alpert’s film Forever Hollywood, about the history of Hollywood, has been playing continuously at the Egyptian Theater in Los Angeles for over six years.

Alpert serves as vice president of creative affairs at Bunim/Murray Productions, which is widely credited with having invented the reality television genre. Having established track records as extremely successful television producers, Alpert and John Murray, the team behind the company, decided to make something different. Both had backgrounds in documentary filmmaking, and they had done lots of television: 11 seasons of MTV’s The Real World, as well as spin-offs Road Rules, Starting Over, and The Simple Life.

Alpert talked about the challenges of making documentary films. “A feature length doc must stand on its own. It has to be something new, something people haven’t seen before,” she explained. “It’s a very different animal than reality television. It’s fun to go back and forth and do both. With television you get instant gratification.  It’s both episodic and ephemeral.” Documentaries, in contrast, require a long-term commitment and a different approach to marketing. Still, Alpert finds the rewards in long format work equally tangible.

Asked about how she became the producer of Autism: The Musical, Alpert explained that it came from a very personal place.  A friend from college, who serves on the board of directors for Cure Autism Now and has an autistic son, brought the project to Alpert a year and a half ago.  Another friend from Wesleyan founded Cure Autism Now, which recently merged with Autism Speaks, so Alpert was up to speed on the subject and committed to bringing the story to a broader audience.

Director Tricia Regan had almost 200 hours of material when the film came to Alpert. “From my experience in reality television, I was used to dealing with lots of footage. We also have a tremendous amount of storage and the ability to organize music and post production at Bunim/Murray. We can do a lot of the sound and online in house,” Alpert explained.

Alpert’s first task then was to help Regan narrow the field. “Tricia brought in assistants to help edit the material down to 40 hours. The first cut was four hours long.”  Alpert’s goal was to get the film down to 90 minutes, and when they ended up at 93 minutes, it was time to start thinking about festival strategy. “Even though it is a musical, we decided to submit to Tribeca instead of South By Southwest, because there is a strong community of autism organizers in New York.” Alpert’s strategy paid off. “The response to the Tribeca screenings was amazing. At the last screening we had autistic adults in the audience who contributed to the Q&A session.” Clearly the positive approach to the subject matter resonated with those in attendance.

What’s next for the Autism: The Musical? Alpert talks about qualifying for Academy Award consideration, distribution, and of course, more fundraising screenings. The film plays at the Newport International Film Festival in Rhode Island later this month.

“It’s always difficult to balance family and career,” Alpert offers when asked to provide advice for aspiring producers.  “Be tenacious,” she suggests. “There’s a lot of opportunity if you seek it out. Follow your passion. Everyone always told me that.” She concludes that it’s true. “The best work comes from a story that really means something to you.”

Autism: The Musical screens at the Newport International Film Festival on Friday June 8th at 5 pm at the Opera House, and on Saturday June 9th at 4:15 pm at the Jane Pickens Theater. For festival information and tickets go to www.newportfilmfestival.com. For more about Sasha Alpert and the film, visit www.autismthemusical.com.

Cheryl Eagan-Donovan is a documentary filmmaker and writer based in Boston and can be reached at www.controversyfilms.com. Her second feature, Nothing is Truer than Truth, is in preproduction.

Autism: The Musical screens at the Newport International Film Festival on Friday June 8th at 5 pm at the Opera House, and on Saturday June 9th at 4:15 pm at the Jane Pickens Theater. For festival information and tickets go to www.newportfilmfestival.com. For more about Sasha Alpert and the film, visit www.autismthemusical.com. Cheryl Eagan-Donovan is a documentary filmmaker and writer based in Boston and can be reached at www.controversyfilms.com. Her second feature, Nothing is Truer than Truth, is in preproduction.