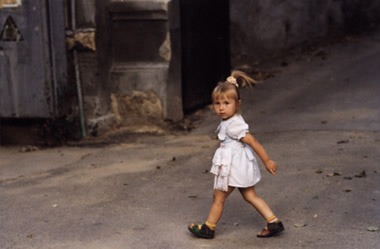 Share
A report of news & happenings in the local industry for May 2007.
Email news to news@newenglandfilm.com.

The Independent Film Festival of Boston kicked off on April 25th for its sixth year of parties, panels, and premieres.  The festival continues through May 1st.  Visit www.iffboston.org.

As part of Wheaton College’s new film program, Richard Linklater will be on hand to screen his film, A Scanner Darkly, and share secrets of the trade with by answering audience questions.  The event is free, open to the public, and takes place on Tuesday, May 1st at 7:30 pm in Hindle Auditorium on Wheaton’s campus. Directions at www.wheatoncollege.edu/About/Driving.html.

The Boston Cyberarts Festival boasts “the first and largest collaboration of artists working in new technologies in all media in North America, encompassing visual arts, dance, music, electronic literature, web art, and public art.”  It only happens every other year so visit one of the hundreds of venues throughout Boston before the festival ends, May 6th.  Learn more at http://bostoncyberarts.org/.

Jamil Simon has been a New England-based documentary and educational video and filmmaker for over 35 years.  His still photography will be exhibited in Davis Square during the Somerville Open Studios, May 5-6.  An advocate of sustainable agriculture, Simon is currently managing a project in Malawi that uses video to teach rural farmers skills like beekeeping and fish farming.  Check out his work at www.jamilsimonimages.com.  To plan your Open Studios weekend, visit www.somervilleopenstudios.org/.

According to James Nadeau and Aliza Shapiro, long-time programmers for the Boston Gay and Lesbian Film/Video Festival, “gay” is becoming mainstream and their new series, CineMental! will celebrate the radical.  They promise film, video, performance, and music that “will change the way you think about what is queer, what is art and what is queer art!”  To kick off the series, The Odyssey screens Wednesday, May 16th at 8 pm at the Brattle Theater in Cambridge.  Details at www.truthserum.org.

Vermont-based filmmaker Nora Jacobson (Off the Grid Productions) is raising money and casting for a new feature film project, The Hanji Box in partnership with Jane Applegate (The Applegate Group).  Jacobson was inspired to write the script after reading a non-fiction essay by an elementary schoolmate, Meg Dean Hurley. The story deals with international adoption in Korea, and is told from the point of view of an American adoptive mother.  They hope to be shooting in Korea in September.  In addition, Jacobson is looking for footage to include in a collaborative film project that examines Vermont’s motto "Freedom and Unity." Visit www.offthegridproductions.com.

Until May 18th, Film North of Beverly, MA, is accepting film submissions of no more than 20 minutes in length — narrative, animation, documentary, experimental.  Prizes for the best jury-selected film and the audience favorite film will be awarded. Look at www.filmnorth.org/news.html.

The 4th Annual White River Indie Film Festival (WRIF) took place April 21 – 29 in White River Junction, VT.  The opening weekend featured rare dance films and a lecture about the history of filmmaking in Vermont by film historian and cartoonist, Steve Bissette.  This year included the announcement of the first annual WRIF screenwriting contest (due June 1st!) as well as a lively film and panel line-up, such as a screening of Native American filmmaker and Quechee resident Carlos Peinado’s Waterbuster and subsequent discussion about cultural heritage issues and Native American land issues Peinado, Jeanne Brink, and Donna Moody.  An eight-picture series focused on first-person filmmaking and several bills included films by or discussions moderated by Vermont filmmakers.  Check out www.wrif.org.

Plymouth, MA-based filmmaker Beth Murphy’s documentary, Beyond Belief, had its world premiere at the Tribeca Film Festival.  The film follows two women from the Boston area who lost their husband in 9/11 as they decide develop a connection to war widows in Afghanistan.  Read Beth Murphy’s observations about the film at www.huffingtonpost.com/beth-murphy/beyond-belief-w_b_46673.html.

Screenwriters Naomi Ekperigin (Skin Thick), Mary Conroy (The Other War), Paula Brancato and Nancy Hendrickson (Alpha Babe), and Rhonda Grimm (Those Who Wait) were named finalists in Women in Film & Video/New England’s annual screenwriting contest on April 25th.  Diane Lake, who penned the script for Frida, emceed the ceremony and answered questions about the craft.  More at www.womeninfilmvideo.org.

In April, Two Sisters’ Productions of Pawtucket, RI held an open casting call for Eugene J. Celico’s feature, Thunder Doyle. Filmmakers hosted a staged reading of the script in March and production is planned in RI.  Check out www.thunderdoylemovie.com.

The Connecticut Commission on Culture & Tourism recently honored Out Film CT, producer of the Connecticut Gay & Lesbian Film Festival, to receive the 2007 Outstanding Project Award. In addition, Shane Engstrom, secretary of Out Film CT has been honored with a Distinguished Advocate Award. "These awards recognize the individuals who work tirelessly to improve and enhance the arts, history, film and tourism in Connecticut," said Karen Senich, acting executive director of the Commission on Culture & Tourism. The Festival celebrates its 20th year in 2007 and will be held June 1-9, on the campus of Trinity College in Hartford.  Visit www.cultureandtourism.org

Filmmakers’ Collaborative will host a one-day conference, Making Media Now, about the changing digital landscape on June 1st, from 9:30 am-6:30 pm at the Photonics Center at Boston University.  The day’s events include master classes, panel discussions with experts in the field, a plenary session, networking opportunities, a box lunch and refreshments.  Register at www.filmmakerscollab.org/programs/expo07.htm.

Images Cinema (Williamstown, MA) presents the 5th Annual 24-Hour Goosechase and Free-For-All, May 5-6. Video-makers of all levels of experience shoot, edit, and screen a video all within twenty-four hours.  Visit www.imagescinema.org.

Also May 4-6, Boston hosts the 48 Hour Film Project.  Check out teams and save a screening date at www.48hourfilm.com/boston/.

Boston Jewish Film Festival screens a work in progress, The Powder and the Glory on May 15th as a spring fundraiser.  Local filmmakers Ann Carol Grossman and Arnie Reismen will discuss their profile of cosmetics titans Helena Rubinstein and Elizabeth Arden. Tickets are $175; more info at www.bjff.org.

Bill Millios of Back Lot Films and Marc Vadeboncoeur of Goodheart Media Services (both based in NH) are hosting two extensive single-day seminars for independent filmmakers. Advanced Field Production: Creating a Great Scene will take place on Saturday, May 19th and Advanced Post Production: Editing & DVD Authoring takes place May 20th.  Workshops run from 9 am to 5 pm in the studios of Manchester Community Access Media, Manchester, NH. For fees and to register call 888-408-2365 or visit www.digitalfilmmakingworkshops.com.

The Center for Independent Documentary and the Kopkind Center are sponsoring a week-long retreat for ten filmmakers along with mentors at Treefrog Farm in Guilford VT, from July 28-August 5.  To apply, write a letter to Susi Walsh and John Scagliotti (john@afterstonewall.com) explaining where you are from, what media work you have done, and how you could contribute to the theme “Thinking Creatively about Creativity.” Also describe briefly the 20-minute visual media you would be bringing to the "film slams." Visit http://documentaries.wordpress.com/ for cost and details.

The Cloud Place Youth Fusion Teen Film Series, curated by Boston youth, is seeking documentary, fiction, experimental, music video, etc., submissions from people age 19 and under.  Must be received by May 9th.  For more information, contact Jared Katsiane at 617-247-7979, jkatsiane@cloudfoundation.org, or visit www.cloudfoundation.org.

Screenings, festivals, meetings and other events at www.NewEnglandFilm.com/events/.

Screenings, festivals, meetings and other events at www.NewEnglandFilm.com/events/.