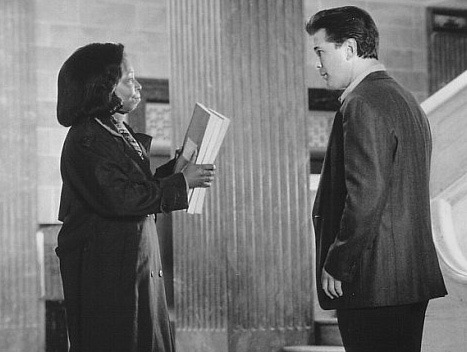 The New Face of the Massachusetts Film Industry

Share
The reception for Nick Paleologos, director for the new Massachusetts Film Office, answers questions about the functions of AIMM, the MPC and the MSEC and brings to light the new direction of the Massachusetts film industry.

On February 15th, the Massachusetts Production Coalition (MPC) hosted a reception for Nick Paleologos, the new director for the Massachusetts Film Office. The reception served to welcome Paleologos as well as answer questions regarding what role the film office will serve among established organizations such as MPC, the Alliance for Independent Motion Media (AIMM) and the Massachusetts Sports & Entertainment Commission (MSEC).

The reception was hosted by Joe Maiella of Crew Star, Inc., and the president of the MPC. The MPC is comprised of a board of directors made up of a number of different organizations and production companies, such as The Color of Film Collaborative, the Center for Independent Documentary, and the Filmmakers Collaborative. "What we do, as volunteer board of directors and committee people, are to be very active in things like government relations, lobbying calls to action, initiating legislation," Maiella said of MPC.

Maiella reinforced MPC’s role as an advocacy group and said the organization will remain the same as the Mass Film Office re-launches. "We’re about celebrating the production community; we’re about opportunities for people to get together, to network to share ideas," he said. "It takes all parts of our community to make film and commercial production here in Massachusetts work and the purpose of the coalition is to bring those people together."

Susi Walsh, executive director of the Center of Independent Documentary — an AIMM partner organization — said AIMM’s role as a network of media organizations focused on research and networking in the Massachusetts film industry will remain the same as well.  Walsh said they look forward to working with the new film office and see it as a collaborator and a resource to continue the AIMM mission.

"Before Nick was on board, about a month ago, I received a script and somebody wanted to look at some locations, so I split the script into thirds. There are two people in sports, I handed each of them a third of the script and I said, ‘Read this. Tell me about the red brick buildings and the firehouses and the police station.’ We reconvened two days later and they did great work," Krezwick said. "It’s not that difficult to read a script and think about where it might occur. But, in that case we took two people out of sports and made them film people and we had a staff of three working on film that day. Like Women’s Final Four last April, if this system were in place, Nick would probably have to be over at the Garden working sports that day."

Krezwick hired Paleologos after looking over 110 resumes and conducting 11 interviews for the position. "Several times through the process, very early-on, I said, it’s not going to be a fast process, but it’s going to be the right process," Krezwick said. "I’ve been reminded that I fulfilled the first half quite well. Six months later, standing here, and we finally have fulfilled the second half and I assure you that it’s very right."

After leaving Beacon Hill, he began his career as a producer, winning two Tony Awards for the Broadway revival of Noel Coward’s Private Lives and for Edward Albee’s The Goat. He also received an Emmy Award nomination for the HBO film In the Gloaming, which marked the directorial debut of Christopher Reeve. His feature film credits include Hurlyburly and the Ghosts of Mississippi. He serves on the board of advisors at the Boston Center for the Arts and the Coolidge Corner Theater and is the founder and producing director of the Stuart Street Playhouse.

One of Paleologos’ first missions as director is to go to Hollywood and promote what Massachusetts has to offer to filmmakers and producers. "The story we have to tell Hollywood is a relatively simple one," he says. "This state is a gorgeous one. It would be any filmmaker’s dream."

He said Massachusetts can’t compete with states such as New York and California where entertainment is practically the state industry, but with the new tax incentive in place, it will be hard-pressed for other states to beat what Massachusetts has to offer. "On both sides of the camera we have some of the most gifted artists and technicians and filmmaker of any state in America," he said.

Paleologos said the goal of the film office is to make it a "one-stop shopping" experience where filmmakers can go to find out everything they need to know about filmmaking in the state. "It doesn’t matter whether you’re from — a film office or running a production company, or you just want to work on a film, or you’re a student who wants to become a filmmaker," he said. "We’re here for you, that’s the message."

Paleologos plans to use the resources the state has to offer by taking advantage of already-established organizations such as AIMM and MPC, and getting involved with past and present Massachusetts residents who have an interest in seeing the state’s film industry blossom. "People who went to school at BU, at Emerson, at Tufts, at Harvard are all over Hollywood in all sorts of positions in addition to the high profile folks.  It would be nice to get all those people together in helping us to send this message to the decision makers," he said.