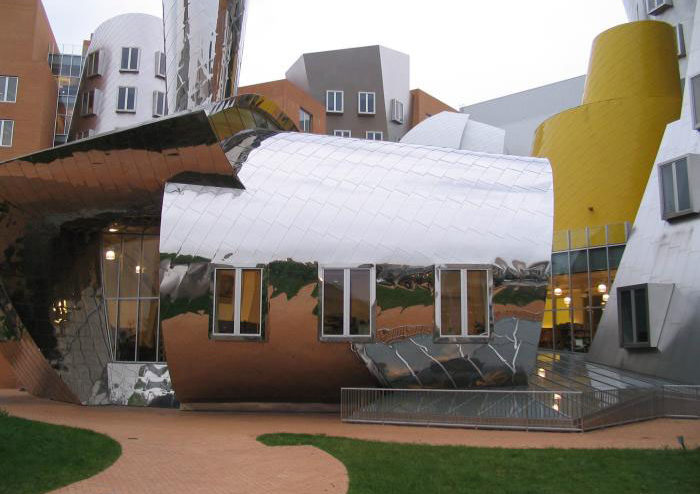 Share
An insider’s look at the bleeding edge of media, according to leading tech gurus at a conference held at MIT

That was the rather grand title of the daylong conference I attended on February 24th at MIT’s Stata Center. It was the second year this event brought media-makers from traditional broadcast platforms, both television and radio, together with geeks on the cutting edges of technology to share experiences and visions for navigating throughout the turbulent waters of this "post-midterm, pre-presidential, YouTube moment," which is what Steve Schultze from MIT’s Comparative Media Studies department called it in his welcome statement.

Having lived most of my adult life in or close to Cambridge, Massachusetts, I am no stranger to the MIT campus. Its industrial, no man’s land atmosphere of the 1970s has given way to some of the most innovative and whimsical architecture anywhere in the world. I have always thought of the Stata Center as a piece of sculpture: it seems precarious, accidentally placed, like a small group of buildings that got swept up in the tornado of The Wizard of Oz somewhere in Kansas and was transformed before the winds died and plunked it down, in the heart of my hometown.

Just seeing the building come into view as the early Saturday sun bounced off its varied surfaces made me smile. I didn’t really know what to expect at the conference, I went because our company, Documentary Educational Resources (DER), straddles many worlds in the media landscape. We are primarily a distributor of long form documentary film to the worldwide educational, broadcast, and more recently direct-to-consumer-via-broadband market places. For Marshall McLuhan the medium may have been the message, but for our company the content of our documentary films has been the secret of our success and our survival during nearly 40 years of technological change.

At DER’s start in the late 1960s, our 16mm film collection was the foundation for the Smithsonian Institution’s Human Studies Film Archive. From the 1980’s on we transitioned everything to Beta or U-matic tape for VHS distribution. Some producers were still using film but most documentarians embraced video technology, which remained in a rather stable place for nearly 20 years. But then came the force and onslaught of our current digital age. We converted all 700+ titles to DVD last year and now thanks to a prescient partnership with Google, nearly all our programs are available as digital streams direct to your computer. Our filmmakers are shooting at two ends of the digital spectrum — high-end HD format, or low-end videophone, most suited for guerilla style filmmaking.

I came in as executive director of DER in 1993, as video was clearly on its way out as the medium of choice, but no one had quite figured out what the digital landscape would look like, or how exactly to move forward, which brings me back to the conference.

There is nothing linear about the Stata Center. You have to assess the situation and figure out for yourself what direction to walk, as there are no conventional hallways. I followed the crowd to the registration area where we were given large sticks of colored chalk and invited to write whatever messages we pleased on the many blackboards, posing as walls, throughout the space. I was struck by how low-tech it was, harkening back to humans’ first forays at communication on the walls of the caves of Lascaux.

As the 500+ sell out crowd of attendees settled into our comfortable chairs somewhere on the steep incline to the stage below, I saw light emanating from a sea of laptop screens. I had thought about bringing my MAC Ibook but decided against it. I’m online more than half of my waking hours and preferred to focus on human-to-human interaction at the conference.

I secretly laughed when the wireless connection that was supposed to allow conference attendees to communicate instantaneously with the speakers and panels via questions sent to the conference WIKI (which was then projected in real-time on two huge screens over the panelists heads) — wasn’t working. We were well into the meat of the conference before that glitch got straightened out. Then there was the live video feed from LA that left young media-maker Arin Crumley sitting in a vacuum on those same two huge screens as techies ran around, plugging and unplugging stuff to try to get some audio to go with his image.

Arin’s film, Four Eyed Monsters, was nominated for two Independent Spirit Awards, and after they finally fixed the sound Arin had a lot to say. Ultimately, this young up-start, in spite of all his success getting recognition via distribution of video podcasts through his web site, MySpace, ITunes and YouTube, was also hoping for recognition in all the traditional markets familiar to me — the land of film festivals, theatrical distribution and broadcast on the Sundance Channel. Perhaps we need one more generation to wean us away from the romance of big screen recognition.

There were some great, truly inspirational moments and for me that came in the keynote address given by Henry Jenkins, director of the MIT Comparative Media Studies Program. His fascination with pop culture, his grasp of what is happening now with the explosive growth of "bottom-up" participatory media crashing headlong into traditional "top-down" media was impressive. He is a deadly serious and simultaneously funny and provocative speaker. He’s also prolific, having three new books released in 2006, one of which, Convergence Culture: Where Old and New Media Collide has risen to the top of my must-read list. While the other speakers were all valuable contributors to the conference, none had as much influence on my thinking as Henry Jenkins.

The second half of the day was devoted to breaking into working groups that we had previously signed up for on the conference website. My group was “Media Literacy and the Law,” facilitated by Pat Aufderheide whom I know through her work at the Center for Social Media. She developed the first guidelines on the doctrine of fair use and copyright for documentarians. Henry Jenkins came in, too, as a facilitator and it was interesting to hear his complaints about media gate keepers (distributors like myself) and how copyright "watch dog" lawyers at MIT have made it difficult for him to publish his coursework online. Bryan Baker from the Media Education Lab at Temple also posed a number of questions regarding copyright, a very sticky arena, open for interpretation and a real battleground in this digital world.

At the end of the day we all reconvened, back at the auditorium in the Stata Center to report on the findings of the working groups. It was a very fluid environment, unstructured, but it somehow all came together in the end. A bit like the Stata Center itself, we managed to stand up and hold together, symbolic of the collision of old and new technologies, creating a functioning whole, helping to shape what we hope will be a new, more democratic and participatory future.

Learn more about DER at www.der.org. Check out the Beyond Broadcast blog at http://www.beyondbroadcast.net/blog/.

Cynthia Close has been the executive director of Documentary Educational Resources since 1993 and teaches workshops in the business of documentary financing and distribution at colleges and universities throughout the USA.

Learn more about DER at www.der.org. Check out the Beyond Broadcast blog at http://www.beyondbroadcast.net/blog/. Cynthia Close has been the executive director of Documentary Educational Resources since 1993 and teaches workshops in the business of documentary financing and distribution at colleges and universities throughout the USA.