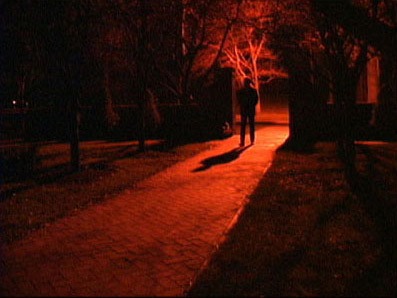 This month, the Artists’ Exchange, a non-profit organization and artists’ collaborative in Rhode Island, hosts its first short film festival. The festival, a two-day event that will be held at the Artists’ Exchange in Cranston, RI from January 19-20, 2007, focuses on local filmmakers in New England and includes all categories of short film, including narrative shorts, trailers, and music videos.

"I think it’s wonderful when people exchange services," says Goodman. The Artists’ Exchange is a non-profit collaborative, so many of the artists in residence offer their services in exchange for someone else’s help or for theater space. The Exchange offers art classes and houses a theater company, The Black Box Theater.

The Artists’ Exchange is working with other local organizations to help make the festival possible. The Rhode Island Film Collaborative, The Rhode Island International Film Festival, The Newport Film Salon, and the New England Film and Video Association will each be contributing films to the AEFF. According to Toni-Ann Baker, the promotions manager at the Artists’ Exchange, they’ve reached out to other film based non-profits because it is important for these organizations to help each other.

Approximately 50 short films entered the festival and are in the process of review. After advertising on the web and in Motif Magazine, the festival received an ample stock of applicants. The films will be up for awards for Best Short, Best Acting, Best Screenplay, and Honorable Mention.

Glenna Goodman’s own film, The Misunderstanding, will be screened at the festival, but will not be part of the competition since she is acting as the program director for the event and didn’t think it would be fair to be officially entered. The Misunderstanding is a 7-minute short about "a couple that breaks up over a lie," says Goodman. There are three characters in the film, and the third character breaks up the couple because he wants the girl.

Goodman shot most of the film in her house with co-director/co-producer J. Schaefer. The two met on a previous film they were both working on and decide to collaborate on The Misunderstanding. Goodman notes that they had a "very, very tight budget," like many other short films in the making, but they were successful in finding resources and actors. They held the casting at the Artists’ Exchange and placed advertisements on Craigslist.com and NewEnglandFilm.com for actors.

Goodman has been working on films for the last 3½ years in various functions, such as a grip, script supervisor, and extra. Although she works as an accounting assistant, she hopes to someday be able to make films fulltime. She’s written a few other scripts, but isn’t shooting anything at the moment because most of her time is going into her role with the Artists’ Exchange Film Festival.

Writer/director Charles Card’s short film Natural Selection is entered in the Artists’ Exchange Film Short Festival, and will bring a very different storyline to the festival. Natural Selection is a horror film about vampires, but it focuses more on character development and emotions rather than gore and slayings. The main character in the film is "a fairly morose, depressed, sad character… and he happens to be a vampire," explains Card. This vampire is looking for answers to his own existence, but he "can’t resist the ancient forces that control him… and he has to go out and seek a victim," Card continues. According to Card, the underlying story is emotional and is intended to affect viewers in that way.

Charles Card works as a biochemist, but he got into filmmaking because he wanted to do something more creative. After writing a science fiction novel, Card decided he didn’t want to write another book. He likes how writing screenplays translated more quickly into a visual medium, so he decided to get into short films. It is "satisfying seeing the ideas in your head show up in film," says Card. In addition to writing short film screenplays, Card has written and few features, and would like to work his way up to making feature length films.

Natural Selection was shot on a shoestring budget, like many of the other films that are entered into the Artists’ Exchange Festival. It was shot locally over the course of 6-7 weekends, and the actors worked for free. Card filmed outdoors during the cold months of October to December of last year and remembers having to take lots of coffee breaks to warm up. Card was fortunate to find a great cast and crew that were willing to work outside during those months and excited to be making a film. Since the budget was tight, Card took on many production roles, including filming, editing, cooking the food, and bringing out the coffee.

Card began filming in the historic town of Salem, Massachusetts soon after Salem’s Halloween celebration ended. For those unfamiliar with Salem, the town is famous for the series of witch trials that occurred in the late 1600s condemning many women to death as witches. There is a scene from Natural Selection shot in Salem commons and another scene shot on the steps of an old monastery. Other parts of the film are shot in the nearby coastal town of Newburyport.

Locations and shooting the scenes were not Card’s only concerns for the film. He wanted to find the right music that would add something to the story. "Music is half the film," says Card. The music helps capture the mood and truly affects how people see the story. Card was fortunate to find musician David Grines to compose the score. Grines had a whole orchestra at his disposal and was able to compose the music based on what is happening in the film. "If you have a film that is great and the music is great — it’s a good package," says Card. After being inspired by the scores of films such as Gladiator and The Da Vinci Code, Card strived to produce a film with fantastic music.

In addition to the Artists’ Exchange Short Film Festival, Natural Selection has already appeared at several festivals. It was shown at the Newport Horror Film Festival and The Cinema Slam Film Festival in Anarbor, Michigan. It will also appear on a DVD horror anthology produced by Wicked Dreams Entertainment.

Card continues to make short films, write, and direct. His other film, The Challenge Trailer can be viewed on-line at YouTube. More information about Card and his films can be found at his website www.cardproductions.com.

The Artists’ Exchange has gotten great feedback about the event and all involved are excited to see it happen.

"Local filmmakers are always happy to find another venue to show their work and the Artists’ Exchange is extremely pleased to be able to accommodate them, says Toni-Ann Baker.