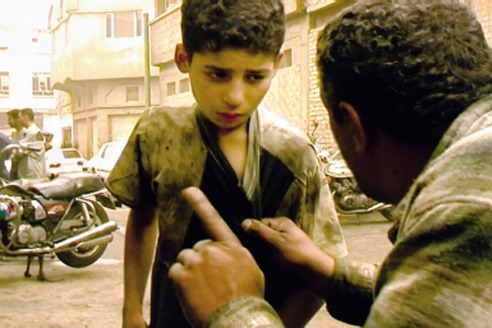 Share
Executive Director of Documentary Educational Resources gives readers a look behind the jury at the Chicago International Film Festival.

Learning to navigate the film festival circuit is challenge for even the most seasoned filmmaker. However, if you are looking for theatrical distribution, or if want to garner any kind of significant response from reviewers, or get any attention for your film in the international arena, knowing which festivals your film has any chance of being selected for is a must.

Film festivals already exist in every major city in the world today. They are seen as a way to share cultures and ideas in a relatively uncensored environment. You can get away with a lot more in the way of challenging political and social content in an international film festival, than you can on network television. Businesses and the chamber of commerce love them as they bring in people from out of town, stimulate activity in restaurants and clubs, and provide a platform for advertising.

Back to the filmmakers dilemma. What festivals are worth submitting to and which aren’t? First, festivals that charge exorbitant submission fees should be avoided. The best festivals rarely charge more that $30 to submit, but to an indie maker who has wrung every cent from his/her budget just to finish the film, those $25 and $30 fees can add up fast. We (Documentary Educational Resources) are one of the few international distributors that include festival submission fees as part of our expense when we take on a new film for distribution. It’s best for us if the film has just begun its journey of finding an audience. After 38 years in business, with experience at over 200 festivals worldwide, we have enough actual data to make the best decisions for our filmmakers.

This is a bit off topic, but I wanted to provide a little context to my recent experience as a juror for the documentary section of the Chicago International Film Festival. I knew before I went to Chicago in early October that this was one of the largest and most respected festivals of its kind in the country. I later found out that it is also the longest running festival in the USA; this was its 42nd year.

Major festivals like Chicago are not seasonal businesses; they have a staff that works out of permanent office space year round, but greatly increasing their workers and volunteers as the festival approaches. This one took place from October 5-19th. While jurors are not paid staff (we are convened to give the film awards based on the selections that have already been made) we are provided with a considerable amount of perks, like first class airfare, and a great hotel room. It does make the "work" of a jury seem less like work, and provides plenty of time for partying and networking on our own time. The work of the awards jury is different from the selection committees who work with the festival programmers to actually pick the films to be screened in theaters throughout the city as part of the overall festival program.

The two weeks of this festival are action packed. The main program headings fell into these categories: Main Competition, First and Second Feature Competition, Destination Greece, Black Perspectives, Late Night Screenings, World Cinema, Docufest, and Shorts. There were four festival juries, one for the Main Competition, an international group of six critics, writers, actors, and directors; one for the FIPRESCI prize, a group of five international writers and journalists; The Shorts jury consisting of two filmmakers and a curator, and then, us, the Docs folks. I was the only non-filmmaker; my other two jurors were Joe Berlinger, best known for his Sundance winner, Brothers Keeper, and the winner of an Independent Spirit award for Metallica, Some Kind of Monster. Joe keeps bread on the table for himself and his family by producing for television, shows such as Homicide, Life on the Street, The Iconoclasts, and his Emmy winning 10 Days that Unexpectedly Changed America and Heidi Ewing who I had met at SIVERDOCS in Washington DC where her new Documentary Jesus Camp, opened to raves. She and her partner Rachel Grady had won the top prize, The Golden Hugo, here in Chicago last year for their film, Boys of Baraka. Heidi is a young woman of tremendous energy and drive, and holds very strong opinions about what a documentary should or shouldn’t be.

There is also a large subsection of jurors for the Hugo Television awards, a list of over 25 people, these are published in the impressive 225-page catalogue, but not included in the festival screenings. Also part of the program were the many side events, like Opening Night and closing night screenings and parties, Dustin Hoffman’s Life time achievement award, a tribute to Liza Minnelli and the Black Perspectives tribute to Ruby Dee, given by Spike Lee.

Our jury had to screen the 12 films in Competition for the Golden and Silver Hugo Awards in 3 days. In order to accomplish this feat we were not able to screen all the films with an audience in the regular theater. I felt this was too bad, I prefer to see a film with an audience, but it just wasn’t possible. Some of us had already seen films on our must consider list, so we had already formed an opinion. The remaining films we watched together in the small, private, black box theater that is part of the festivals permanent headquarters. We all knew right away if a film was not working. We would try to be quiet and pay attention, but when Joe started checking his email on his cell phone that was a hint that this particular film would not walk away with an award. I tended to have the most patience, as I am not a filmmaker, and my job involves making decisions about documentary films every day. I wanted to make sure I hated a film before I distractedly stopped watching it halfway through.

We had all been sent a DVD of a late entrant, Barbara Koppel’s Dixie Chicks: Shut-Up and Sing. I wound up watching that on my laptop in the hotel and liked it, but it didn’t hit me as a top award winner. We had been through almost all the screenings and nothing was rising unanimously to the top. Heidi had seen a film called Iraq in Fragments before coming to the festival and was wildly enthusiastic but had a hard time describing to Joe and I what it was really about (besides having been shot over several years in Iraq).

It was one of the few films Joe and I saw in a theater together. The screening was in the theater at the farthest end of town and our driver (yes another festival perk, we had our own car and driver) was late. The movie was sold out, but they had two reserve seats for us and held the start till we arrived. I was a little out of breath from racing through the theater when it went dark. The opening scene made me suck in my breath even more. It was riveting, with music and atmosphere that brought me back to Apocalypse Now, but wait, this is a documentary, and it’s not Vietnam, it’s Iraq. I could not take my eyes off the screen, beautifully shot, amazing original music (scored by the filmmaker) and totally inventive in its structure I knew in the first ten minutes this film had my top vote. I could tell Joe was completely engaged during the entire film. The filmmaker, James Longley, was introduced for a Q&A and I was impressed by his modest, careful responses to all questions. After the screening I went to talk to him about the film and we hung out together at the after with some filmmakers from Iran. I had a hard time preventing myself from gushing over him and his film. Jurors are supposed to be impartial and not reveal their choices until the official awards ceremony.

The next day, Friday, we had one more film to screen together as a jury before we made our final decisions. When we came together that morning we all knew that Iraq in Fragments had our vote for the Golden Hugo. The fact that the film had already won a string of awards was of some concern. We wanted to try to support films that were good, but that would also benefit more by getting this award. We decided to take this tack in awarding the Silver Hugo. We gave the second place award to a charming and intimate film titled Exile Family Movie. The filmmaker, Arash (just one name) was born in Iran but has lived in Vienna since 1982. This was his first major film to screen in the USA.

Those were the two awards we were really required to select, we had some flexibility in that we had two more Jurors Choice Awards that we could use to identify additional films of merit. It is here that we had some disagreement. We spent more time haggling about who should get noted in these spots, than we did deciding on the top winners. In the end, we recognized Dixie Chicks: Shut Up and Sing and The Trials of Darryl Hunt by Rickie Stern and Annie Sundberg. The Trials of Darryl Hunt was another one of those films that had gotten considerable recognition before this festival. It had sold out at SILVERDOCS. It chronicles the journey of a man falsely imprisoned for 20 years for a crime he did not commit. The filmmakers have been touring with the subject of the film, which is an audience pleaser. I thought it was a great story, but it looked and sounded too much like television to me, which is really a problem with documentaries in general. It is the rare film in this genre that fills a theater screen cinematically, where the images seem larger than life, and you are aware of a certain artistry to the story telling. For this group of jurors we found that quality in one film, Iraq in Fragments.

Joe and I had work obligations and had to leave Chicago before the award ceremony. Heidi stayed on to deliver the verdict. I checked in later with the competitions coordinator, Philip Bajorat to see how our selections were received. The winners were thrilled and surprised — a  not unexpected response. As with any jury, the selections are subjective. I felt we’d done a good job with a minimum amount of pain.