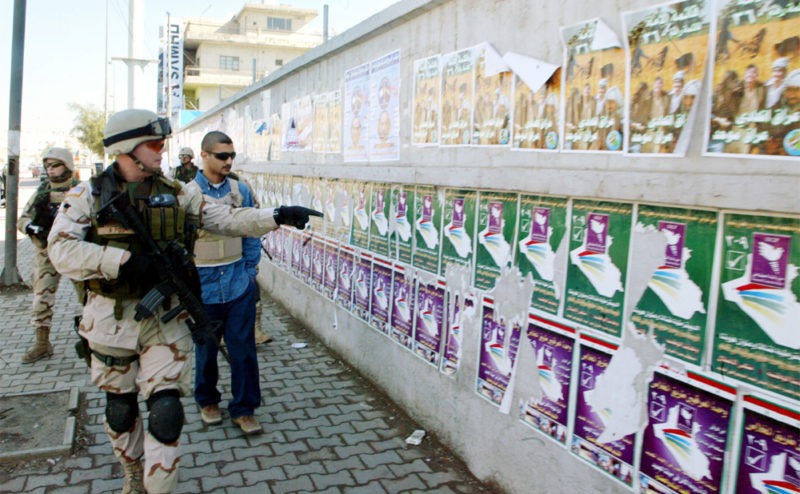 The award winning documentary film, My Country, My Country screens at MFA Boston on October 4 at 8:15 pm and airs as part of PBS P.O.V. on October 25 (check local listings).  The film, produced by Laura Poitras and Jocelyn Glazer, follows the story of Dr. Riyadh, an Iraqi medical doctor, father of six, and Sunni political candidate in Iraq’s January 2005 elections.

The 31st year of the New England Film and Video Festival promises to be their biggest year yet with over 70 independent shorts and features from across the country and around the world. For more information, visit http://www.befva.org.  Among the many local films to be shown will be Over the River, a short film by local filmmakers Michael Kennedy and Erin Francis.

If you were a reader of the monthly column "Ask the Documentary Doctor" by Fernanda Rossi at The Independent magazine and miss those regular pats on the back and insightful solutions, you will be happy to know that Fernanda Rossi and Documentary Educational Resources have joined forces to launch “The Doc Doctor’s Clinic”, a concise online monthly column that addresses essential issues of documentary filmmaking. See www.documentarydoctor.com/clinic.html.

The 18th annual Boston Jewish Film Festival holds its Opening Gala Celebration on October 30.  The event features a gala dinner and a a screening of Toots, about saloonkeeper and New Yorks’ golden years iconToots Shor, who with abundant charm and a talent for friendship, tcounted Joe DiMaggio, Jackie Gleason, and Frank Sinatra among his close friends. For more information, visit www.bjff.org/.

Mass Cultural Council and a coalition of major cultural and civic groups announce the public launch of ArtistLink, an ambitious new effort to help artists, real estate developers, and communities develop work and living space for artists across Massachusetts. For more information visit www.ArtistLink.org and www.ArtspaceFinder.org.

National Video Resources (NVR) named Eileen Newman as deputy director, serving as the organization’s chief programmatic and operating manager, overseeing all NVR programs, including the Media Arts Fellowships, which award approximately $800,000 annually to media artists. Newman came to NVR from the National Board of Review in New York, where she served as executive director since 2005. Newman joined NVR effective September 14.

The September issue of the film industry trade publication P3 Production Update Magazine prominently features New Hampshire in Sally Kemper’s piece, “Top Production Incentives: The North American Race Has Begun”. The article focuses on film offices around the nation and their efforts to market their states as filming locations using innovative and sometimes aggressive financial incentives to lure production companies to their region.

If you missed one of the 48 Hour Film Project’s in a city near you recently, you’re in luck.  They’re holding another competition, this time by mail order throughout the world: www.filmchallenge.com.

The new, engaging television series Farmers’ Almanac will visit Maine for the second time in two months to shoot stories for its nationwide public television show. “We love the people, stories and scenery from Maine,” said Renee Bishop, executive director of the show. In fact, she noted that seven of the 13 episodes for Season Two will include Maine stories.   For more info, visit www.FarmersAlmanacTV.com.