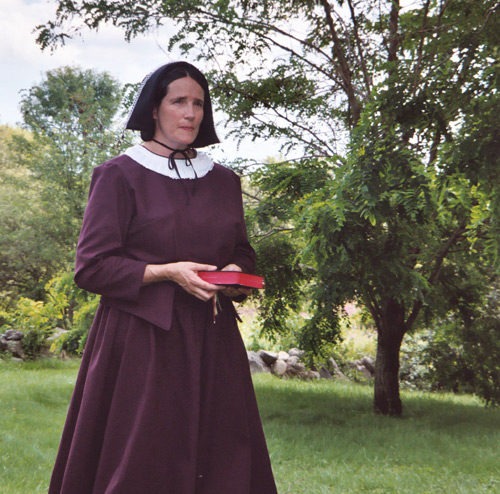 Share
Sisters Toni-Ann Baker and Diane St. Laurent preserve the legacy of Rhode Island with the story of John Clarke, screening as part of the RI Film Festival this month.

When William McAllister of the John Clarke Retirement Center started thinking about how to preserve the legacy of Rhode Island’s co-founder, he contacted Two Sisters’ Productions. He told Diane St. Laurent and Toni-Ann Baker, "You’re the two sisters who did that beautiful film for Katie."

Katie DeCubellis, only 13, was killed by a drunk driver. St. Laurent and Baker just completed a three-part video series to educate youth about the consequences of driving under the influence. Katie’s parents commissioned the project. St. Laurent recalls, "It wasn’t a job anymore, it was this overwhelming responsibility. Her parents are trusting us to tell her story in the most respectful way," says St. Laurent. "We dove into it with all of our hearts."

It was a good bet on McAllister’s part that Two Sisters’ Productions would likewise immerse them into the story of Dr. John Clarke. Creating period wardrobe from scratch and tapping into the vast resources of the Rhode Island historic and creative communities, Two Sisters’ Productions produced A Lively Experiment: Dr. John Clarke, Co-Founder of Rhode Island (1609-1676) to document a fading history and a humble hero.

Erin Trahan: Who was John Clarke and what is compelling about his story?

Toni-Ann Baker: The language he wrote into the charter of 1663 gave us freedom of religion. Those words and that legal document actually became the foundation for today’s Bill of Rights. Also, he didn’t have any direct descendents and [the John Clarke Retirement Center] could see that his story would disappear if they didn’t do something.

ET: When you sat down to tackle this huge piece of history, where did you begin? How did you sift through and identify which parts of the story to tell?

Diane St. Lauren: We spent over six months researching. We went to archives, museums, we read many many books about Rhode Island, we talked to professors at universities, we spent a lot of time documenting the early 1600s to come up with the story we wanted to tell.

Historical documentaries can be very dry. We wanted to make sure we captured the period, and the beginning, middle and end of a story. You always look for your protagonist and antagonist. We decided that the William Coddington character could drive the conflict because of the adversarial relationship he had with Roger Williams and Dr. John Clarke.

ET: You utilize historical drawings, sepia stills, reenactments, voice over narration, expert interviews, and a lively soundtrack. What strategy did you use to organize these elements to maintain a consistent narrative rhythm?

ST Lauren: To keep the story moving, and it was quick-paced story, we wanted to have lots of different visual communications. We knew early on we wanted pen and ink, moving video, stills, dramatization and reenactment. We researched and designed all of the wardrobes. Toni-Ann found actors with experience in historical reenactment.

Baker: We are very fortunate in Rhode Island. We had several people come to us who were perfect for the part, especially Bob Jaffe who really looks like Dr. John Clarke.

ET: That’s just what I was going to ask! How much did you try to approximate the looks of your characters to their historical counterparts?

Baker: Quite a bit, actually. That’s the way Diane and I work. We’re kind of detail oriented. For Roger Williams, we had pictures prior to casting, also for Coddington. We knew their ages, their stature. It took some searching for Anne Hutchinson but we got her! Diane, being the writer, was working mostly on research and development of the script, so I had time to really be diligent and specific when choosing who to cast.

We had wonderful costume and hair and makeup. We did age the people, especially Dr. John Clarke. A lot of the characters are wearing beards and a lot of them are wearing glued-on hairpieces; many wore wigs. We really did go down to details.

ST Lauren: We also had curatorial on our set with us at all times. All the props, most of what we used, were authentic from that period. We got approval from two historians before we made duplications and said it was done.

ET: Do you usually have rough-cut screenings before finalizing your films?

Baker: Every film we create has a screening process. We start off with the first cut and we continue to cut and refine, telling the story we want to tell accurately and getting the response from the audience that we want to have. With documentary, you have a responsibility to make sure its right. We went through great lengths to make sure what we had was accurate.

ET: It’s a fairly dense history lesson. The distinctions between the different religions and beliefs of the era are nuanced and the process of creating and adopting various charters is complicated. Did you have a particular audience in mind?

ST Lauren: We have the audience of the John Clarke Retirement Center and also their board of directors and potential board members. It has been shown to all the pastors and people who run the American Baptist Church in Rhode Island to honor Dr. John Clarke and to remember his roots. We have interest in Newport to use it in the educational system, too.

ET: Of the many contributions and sacrifices Dr. John Clarke made, what impressed you the most?

We didn’t set out to write, produce, and direct a religious film. Religion was a strong part of the story but really it’s much bigger than that. It’s a story about freedom for all of us.

ET: Could you situate this film in your body of work as collaborators and the principals of Two Sisters’ Productions?

ST Lauren: Before this we were commissioned by the Katie DeCubellis Memorial Foundation to write, direct, and produce a film series for 15 and 16 year old kids to teach them the dangers of drunk driving. We are also producing a documentary about Katie’s parents and what drives them to do what they do. A breast cancer survivor had the idea to produce an empowerment video for other cancer survivors; Toni-Ann is spearheading that.

There are no hard and fast rules over who directs and who writes. It depends on who is more passionate about taking on that role. We both work better when we have more autonomy. Co-producing is easiest to do in terms of "co," but truly, it is always a collaboration. When I’m directing a project I don’t want any other producer but my sister because there’s a certain amount of trust from our years of experience working with each other.

If you think about the kind of stories that come to us, like cancer survivors or John Clarke, they are all nonprofit. They are pieces that require delicate hands and a lot of emotional investment. We tend to attract towards that I guess, maybe because we’re women, I don’t know, but we jump in with both feet.

ST Lauren: It took a lot of people to do this film! You saw all the credits. The effort, the months it took …. I had contributing writers working with me, the crew, the best boy, assistant directors, production assistants, craft services, there was someone walking around in 90 degrees with a little fan to cool people off … you can’t imagine what it takes to make a film.

Baker: The presence of Dr. John Clarke is not just left in the church but in the city of Middletown and Newport. Even the leaders of Providence will be surprised by these early men; what they did and what they gave to the beginning of our country is much bigger than Rhode Island.