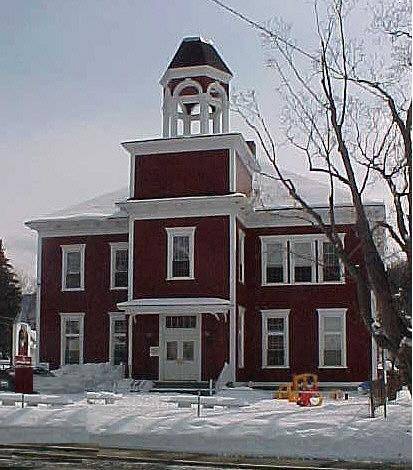 Share
Heartwood Media looks at the pro-bono production process in hopes of improving the process while producing videos that make everyone involved proud.

About four months ago, someone in the office had a bright idea.

"Say, why don’t we do a free video? We could donate it to a non-profit. We’ll have a contest and pick a winner. It’ll be fun."

Hmmm. People looked up from their computer monitors.

"It would be fun, and we could make sure it was a great project, for them and for us," our clever colleague continued.

Our company, Heartwood Media, has been doing pro-bono projects for years. But all of it was very piece-meal. From time to time we would edit a PSA, shoot a presentation, or master a video to BETA for broadcast. Non-profits would approach us for help with something, and if we had a bit of time we would help out.

But the results of these projects were less than inspirational. Sometimes we would get called at the last minute to save an already doomed project. Other times we were editing footage that was shot by so and so’s nephew in high-school.

If we had a contest, we could do it differently. We would do one donated project a year, and it would be a good one. We would select an organization that has a compelling message, knows their audience, and has definite plans for how the production would help. The video would have a real impact and would make a difference.

From a production and quality control standpoint, this contest also seemed like a good idea. We would work from start to finish on a story that we were excited about. It might find a tough-to-convey message, or a production that will stretch us creatively. Bring it on.

Last but not least, in addition to giving back to the community in a meaningful way, we could get some press about being a good company who does nice things, in both the non-profit and for-profit worlds. A little positive press never hurts.

So, a month or so later, we launched the annual Heartwood Non-Profit Challenge. We put the word out. We sent out press releases and email blasts, and called nonprofit support organizations directly. We made an application form, and set an entry deadline.

The application questions were simple and open ended: Who is your audience? What is your message? How will you use the video? How will you know if it is successful? Incidentally, these are the same questions we ask paying clients at the start of a project.

Sure enough, the applications arrived. Many of them. We read them all, and then narrowed them down to the top five. The five finalists all met our criteria: a compelling story, a focused organization, and a real potential for making a difference for the organization and their cause.

Even though we might have been able to pick a winner at that point, we decided to visit the five finalists. Our site visits took us all over the state, and we saw firsthand how the organizations work and what the video could be.

As we drove back to our office from the last site-visit, I said, "That was great. All five were great. You guys decide which video you want to do and let me know."

The response was a nervous chuckle. Everyone was thinking what I was thinking. We had five great projects on our hands, and we could pick only one.

But, after much deliberation, we did decide on an organization: The Family Resource Center at Gorham. (http://www.frcberlin-gorham.org) They are a small charity, in a somewhat neglected part of our state, doing really inspiring work. Despite some of the economic challenges facing their area, they are working tirelessly with people young and old to build nothing less than a strong, healthy, and vibrant community, for today, and for the future. Impressive stuff.

But, their cause was no more worthy than any of the other charities. The reason we chose them was because they had a clearest idea of their message, and they knew exactly how they were going to use the video to get the most benefit from it. They had clear goals, and they knew how the video would help them get there.

In the past the Family Resource Center at Gorham had done a good job conveying their story, which is a somewhat complex one. Video would really help condense their message and convey the human side of their story. We explained to them that video is better at telling emotional stories than it is at conveying raw information. We also knew that we would be able to use our storytelling skills to really make a big difference for them.