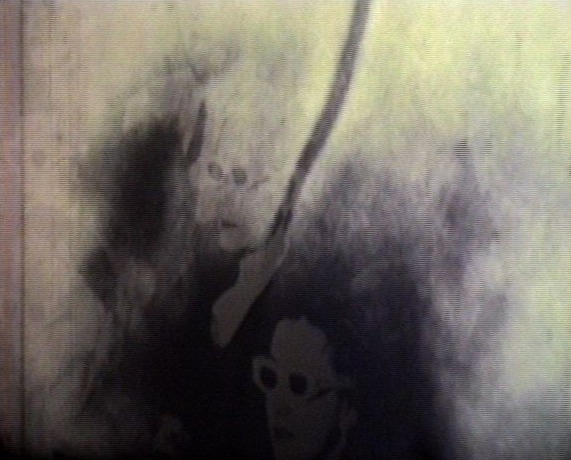 Share
Boston based filmmaker, Andrew Shea, talks about his new film, Portrait of Movement 2, screening at the Distillery Film Festival this June, and the signature combination of still and moving images that make his films so unique.

Twenty-eight year old Andrew Shea’s extensive background in photography makes his films stand out from many other emerging filmmakers.  And although he experimented with filmmaking in high school, for the most part, his filmmaking career just kind of fell into his lap.

In 2004, a friend of his in Pennsylvania, who ran a gallery, invited Shea to show his photography. "By the way, you’re welcome to show a short film as well, if you’d like," his friend had told him. Having just come back from Indonesia with footage, he set to work on making his first film, a combination of photographic still life and moving images. Two years later, Shea is living at the Distillery in Boston organizing the first Distillery Film Festival where he will show his third film, Portrait of Movement 2.

Nikki Chase: Can you tell me a bit about your short film, Portrait of Movement 2?

Andrew Shea: Portrait of Movement 2 is part of a series that I’m working on with some 16mm film that I found in the to-be-discarded pile of a deceased climatologist’s office at MIT. It was being treated like trash, like the broken pencils and old lab notes that were in the same box. The footage depicts some of the professor’s original shooting: of tornados, cyclones and hurricanes, as well as some early computer-generated models of these storm systems, all originating from the early 1960s. I combined the footage with still imagery and an original soundtrack. The film shows some of this tornado footage along with an attentive audience, creating a sort of self-contained environment. It runs just over six minutes. After the Distillery screening, one of the things I plan to do with Portrait of Movement 2 is to elaborate on the theme, tone, and mood that I’ve created for it with the rest of the footage which is about one and a half hours in total. I’d like for each to be a kind of chapter and to have its own voice. I really don’t have any plans to take it to future film festivals, though.

NC: How did you happen find out about this footage?

Shea: The professor’s office was being used as storage by the college and a friend of my girlfriend is actually in the oceanography department there. She got a notice that anything in the office was free for the taking — desks, chairs, lamps. She wanted to check it out, and I just so happened to go with her. We were taking a look around and I saw about 15 reels on the shelf. So, it was like a goldmine that just sort of fell into my hands just as I was getting into filmmaking. It’s like it was meant to be. The rest of the footage I got from the library where I work. The library was upgrading to digital so I got about eight hours of footage that they had of scientific experiments and natural disasters they were just going to get rid of.

NC: Your previous two films, Intuitive Travel and Deft Clunky Mechanisms both have to do with travel and transportation. Is this just a coincidence or do you have a special interest in the subject?

Shea: Yeah, I think you could say I have a healthy obsession with travel: the more movement the better. When I’m traveling, my footage is usually shot while moving. When I’m not traveling, my footage tends to be of other things that specifically have to do with movement. Even the way I tend to edit feels like traveling. I’ve been abroad on some amazing adventures — usually alone — and would say that the most influential moments in my life have come while traveling.

NC: Do you do mostly documentary films or are they scripted?

Shea: I haven’t yet scripted a film. I’ve thought a ton about working a screenplay, but my films so far haven’t needed words. When I shoot, I usually just stick myself in a visually ripe environment and set myself to shoot it. Later, when I look back on the footage, my habit is to compile it as though it were a collage. For me, the process is less creative than innovative. Of course there are exceptions, such as in Deft Clunky Mechanisms, where I spent lots of time by the Southie docks to get some maritime footage. The combination of my footage with the already created material has gotten me interested in the innovative aspects of filmmaking. Stories can be told with any combination of materials; footage can be arranged in endless ways.

NC: Now, your beginnings are in photography. Do you find that that helped you a lot in the transition to filmmaking?

Shea: I actually have a hard time not considering myself to be first a photographer. But it wasn’t very long before I began to reevaluate the way I do photography. When I first started taking photos, about two years ago, I was going for photorealism: factually recreating the moment. But that didn’t last long and I started getting bored. I soon discovered that I can expose a negative multiple times with my twin-lensed Yashicaflex and so I began layering images and my photography started becoming more iconographic. To this day, my photography tends to be dominated by double-exposed photos or complex compositions. But at some point, a little over a year ago, I ran into that wall where I needed the images to be more dynamic.

Never having shot film or video before, I left for Indonesia in December 2004 with a friend’s Super8 camera. I noticed that I was trying to shoot as though I was using a still camera, though just the possibility that what I was shooting might move was invigorating. Once I started taking some shots while moving, I started to become more comfortable with the transition. I did notice, however, that what I was shooting seemed iconographic to me. Now, it’s relatively easy to go back and forth between mediums. It’s a matter of following whichever urge speaks loudest. And in a few instances, I’ve actually been able to successfully combine the two. For instance, I’ve done some shooting through the viewfinder of my Yashicaflex quite a few times and I’ve also combined still images in my film. One interesting mix of these two disciplines that I can think of is in the case of scanner photography, where the lens of a scanner is hooked up to a large format camera and the two work together to capture a segment of time in one warped photo. In other cases, there’s the software that animates multiple photos, filling in all of the sequential gaps.

NC: Intuitive Travel was shot in Indonesia after the tsunami, what was it like to be there after such a tragedy had taken place?

Shea: The tsunami took place on the northernmost tip of Indonesia, in Banda Ache. I landed in Jakarta, which is over 1,000 miles away. But, when the tsunami hit Banda Ache, I was in the air, almost directly above it according to my calculations — which aren’t always the most accurate! It was shocking to hear the reports in the coming days, as the death toll continued to quickly rise. My brother purchased some tickets for us to go to Medan, which is only about 90 kilometers from Banda Ache, in Sumatra. Everywhere we went people were raising money or talking about relatives who had died. One guy I met lost 17 members of his family. Another girl was on a surf trip on an island just off the coast of Banda Ache and survived only because of her surfboard. But, the people were more than welcoming; the happiest people I’ve ever met! And filming them and their environs wasn’t the least bit awkward or tenuous, despite what happened to them.

NC: Your previous two films were partially lost to a virus. Were you devastated by the loss of all your hard work? Any plans to re-shoot scenes you’ve lost or try and put the films back together?

Shea: Yeah, losing completed projects that I worked weeks on was pretty terrible. It’s hard to regroup and be positive. My headspace is often cluttered with doubts about whether I can remake the films and dread about the work that’s in front of me. But it’s helpful to remind myself that all of the creative work has been completed; the film has already come in to being. I’m committed to task of reassembling it, not to recreate it. It’s a little easier to wrap my head around.

NC: You’re actually organizing the Distillery Film Festival. Can you reveal any other films that are scheduled to screen at the festival? Have you gotten many entries?

Shea: I’m expecting to show a few animated shorts, one from Nando Costa, whose most recent film, Defective, was a finalist for The Next Big Idea, a competition put on by Getty Images. Also, a film by Matt McCormick will be screened. He started and heads Peripheral Produce out in Oregon and he got some hype for his film The Subconscious Art of Graffiti Removal a few years back. I’m not sure what will be shown of his work, but I love what I’ve seen so far. Also we’ll be showing I am Always Connected by Philip Barker. He’s been involved in a variety of projects, from film and installations to set design (Sweet Hereafter). The film is from the ’80s and the imagery is rich and haunting. Maile Colbert, who studied at Mass Art will also have a film in the show as will a few other local filmmakers. I haven’t gotten as many entries as I expected, though this might be because delivery services tend to return mail to the sender when packages are sent to the Distillery. But I can tell you that the entries I’ve gotten have been exceptional.

NC: Do you have any future projects lined up?

Shea: Aside from the continuation of Portrait of Movement 2, I have a large-scale project planned for the summer. It’ll be a real challenge since it won’t have any overt travel/movement references. It’s been six months in the planning and will be shot under a dome. I’m also working on a few photo series, too. I hope to create a more interactive relationship with film, such as scanner photography. I’ve had so many things going on lately, I’ve kind of been on overload, but I’m looking forward to the film festival and am excited to continue doing projects.