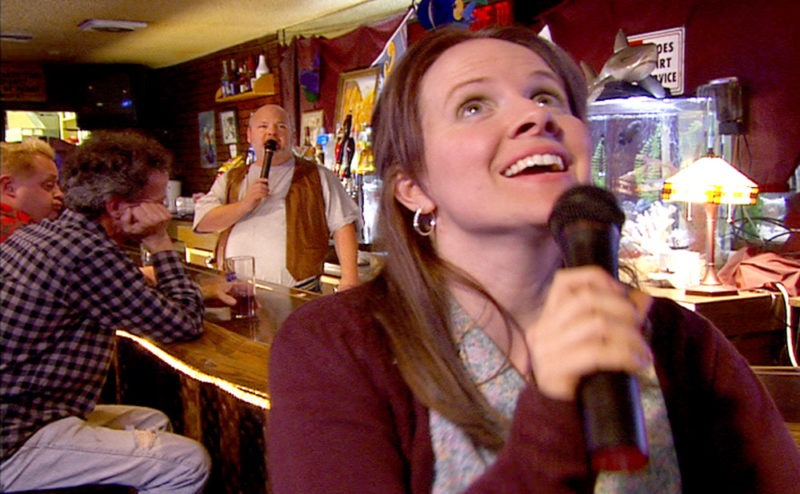 How to Be an… Associate Producer

Share
If you organize like a PDA, change gears like a sport scar, have the stamina of a marathon runner and can talk to everyone from the Production Assistant to the Director, then you may have what it takes to be an Associate Producer. As AP on the film One Sung Hero which screened at Sundance 2006, Will Fraser tells us what to expect from the job and what the job demands from you.

Long before the director utters the first "action" of the day, the Associate Producer has already put in hours, days and even weeks of work. He or she may have secured the location, drawn up the equipment lists, scheduled the cast and crew and arrived first on the set with the Production Assistants and the catering truck. As Will Fraser, an experienced Associate Producer says, "It helps to have a positive attitude."

Fraser, who has just returned to live in his hometown of Damariscotta, Maine, spent several years living and working in Los Angeles in a variety of production positions in TV and film. He worked as an Associate Producer on the short film, One Sung Hero, which just screened at the Sundance Film Festival.

When asked if he attended film school, Fraser says no, "[but] about three quarters of the way through college, I realized I should have." He majored in English with a concentration in creative writing and during his senior year at the University of Maine at Orono he wrote his first film script as part of an independent study project. After graduation in 2001, Fraser set his sights on Los Angeles and packed up his car and drove across the country. "I knew nobody; I had no place to live and no job and as I arrived in the city the clutch in my Saab blew."

Despite this inauspicious beginning, Fraser stayed and looked for work. He lived in a hostel for four months and worked at odd jobs, including being an extra in TV shows. A friend suggested that he take a job as a security guard, which he did, and he was assigned to a studio where he got to know all of the producers. The studio then hired him as a stage hand and he worked that job during the day and his security job at night. Eventually, he got work as a Production Assistant (PA), then as a Production Coordinator, and gained experience which won him more jobs and increased responsibilities.

It is all in who you know, but you don’t have to know the bigwigs. Fraser says the more people you meet and work successfully with, the more job offers you will get. "I hate to use the word ‘network’ because it sounds so impersonal," he says. "But if someone knows you and knows your work, they will hire you or recommend you to someone who will hire you." Similarly, when Fraser was in a position to hire someone, he would ask former co-workers first. "You look to work with people you’ve worked with before," he says.

Fraser was asked to work on One Sung Hero by the film’s director Samantha Kurtzman-Counter, who was also his colleague at Evolution Film and Tape. "Sam and I worked together on a show called ‘You Rock With’ for VH 1, so when she asked me to work on her film I said, ‘Sure.’" He calls his work on this film "a labor of love".

Organization is "a key trait for the AP," Fraser says. "Scheduling is a big part of the job, and then making sure that the schedules run correctly." In pre-production the Associate Producer, along with the other members of the producing staff, researches locations, caterers, PA’s and other staff. Once production begins Fraser says the AP will "work in conjunction with the production coordinator to make sure that the equipment arrives on time, [and] that the right amount of PAs are there at the right time and just making sure that everything happens when it should."

Fraser says that the size and the hierarchy within the production department vary depending on the size, the type and the budget of the production; although as the AP the responsibility falls on your shoulders. He adds that alertness and attention to detail are important as well to keep everything running smoothly.

On One Sung Hero, Fraser did a lot of location scouting which includes not only finding the right place for the film’s look, but making sure that it is large enough to accommodate the cast, the crew and the equipment needed for the shoot. According to Fraser, Kurtzman-Counter runs a tight ship. "She’s organized. She knew what she wanted in locations and talent and we knew what her and Lara’s [Lara Spotts, the Producer/writer] vision was."

You don’t need to be the eternal optimist or the life of the party, but you do need to keep your sense of humor in the face of adversity and be able to get along with all sorts of people. Fraser calls it "versatility", and it’s something he looks for when he’s hiring PA’s. He says people have to accept the long workdays and be able to "roll with whatever punch comes your way".

"Good people skills are a necessity for an AP" Fraser explains. "You’ll be dealing with people who work in many different aspects, on many different levels, of production. And, if situations on sets (whether on scripted or unscripted shows) change, you have to be able to adjust accordingly, and you never know what you’ll be asking of people you’re working with, so it certainly helps, in my opinion, to have a good rapport with everyone involved."

One of Fraser’s favorite aspects of working on One Sung Hero was that both cast and crew were working together to do the best job possible. "It makes it easier to work in that setting," he says. "It’s always a little stressful but we wanted to do a good job for everyone." It helped that they were filming a comedy with a great comedic cast including Kyle Gass of Tenacious D. "Days on the set were very funny. It was work, but it was enjoyable."

Fraser clearly enjoys his work and is happy to share his knowledge of the industry. He says that his impression of the film community in Maine is that it is "small, but tight knit". He’s looking forward to taking on projects there and on filming his own work as well.

Fraser’s experience carries lessons for anyone interested in working in the film and television industry as an Associate Producer or any other position. Initially he took jobs that were in the industry, but not directly related to production. He made contacts and used the contacts to get other jobs. He was willing to start in an entry level job and showed initiative, a positive attitude and a good work ethic. "You are constantly making connections as you work," he says. "Once you get in and people realize you’re willing to work hard, there are endless options."