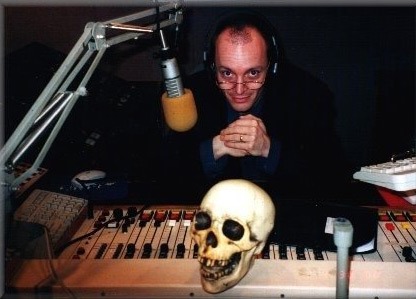 Filmmakers with an Edge

Share
Maine Filmmaker Doug Gordon features Maine filmmakers with an edge in the launch of EdgeVideo.net.  Part of the Dream to Screen series.

You’ve made your film, but you get the feeling that was the easy part. Now how do you find people who want to see it? Nowadays the internet is probably your best bet for almost anything. But where do you start?

One company, EdgeVideo.net, is there to help you out. "Edgevideo.net grew out of my production company Edge Productions," explains creator Doug Gordon, a native of Maine. "I wanted a site where we could sell and promote our own productions, other Indie productions and movies in general that I thought had ‘an Edge.’"

Edge Video is especially interested in giving others from Maine a chance. "I’m a Mainer, I’m from Maine, I’ll always be from Maine. I love this state. I shot all of our productions here. Plus I’m interested in what my fellow Mainers are working on." At present Gordon is focused on what he calls a "no-frills showcase TV show." Independent films will be the focus.

"No fancy opening or slick hosts on fancy sets, because I want the spotlight to be on the filmmakers’ work." Though still in the developmental stages, Gordon looks forward to celebrating independent film in new ways, including possibly interviewing the filmmakers whose work is being showcased. "We may do interviews with the filmmakers, but that will be done in the field where the filmmaker lives, works, plays."

"Of course the more the better, so if you are an Indie filmmaker, send in your stuff! Even if it’s a work-in-progress. I’m thinking of doing a work-in-progress episode that is mixed in with a profile of the projects and bio of the filmmakers." Doug Gordon has had success with Edge Video thus far. "Each project did, was technically better than the last (I feel), and seemed to have a wider and wider audience. After the last series, "Strange America," I was feeling burnt out on the creative side. I decided that my next project, I would just have a non-creative role. That is why I am producing Independent Edge. It’s a chance to ease myself back into filmmaking and it definitely fits into my current business."

If you aren’t sure whether your film is right for the site, have no fear. There isn’t any wrong idea. Documentaries, montages, music videos, and everything in between are all welcome. "Any film with an ‘edge,’ Gordon explains. "Basically different films, not the current trend or latest franchise. The film can be disturbing, thought provoking, controversial or just entertaining as hell. If a film is all four of those, we really want to see it. Wouldn’t you?" The videos currently available on Edge Video.net are evidence of Gordon’s eclectic taste: the thrillers Dark Currents and After the Beep to name just two.

The indie film business is tough, which is why it is important to have a strong support structure. Gordon’s success has made him more determined to help others along. "Hollywood is doing what it does best and blurring the lines, when it pays for, produces, distributes and promotes these ‘small’ budget films for a couple million dollars. And they’re calling them independent! That’s not independent to me. Some dude mortgaging his house or submitting themselves for medical experiments for the funds to shoot a film. That’s indie to me."

He does have advice for aspiring filmmakers: "Just keep hammering at festivals, TV submissions and different venues. There are a ton of indie-type showcases that show films that are looking for new stuff. Get to know the people who run these places. Networking is really the key; in just about anything you want to do. Especially film."

Gordon has hopes for the filmmakers selected for the project. His main goal is to give filmmakers additional exposure that may otherwise have been unavailable. For himself, he says, "I would like to work with other filmmakers and assist distributing projects for them. I think if the right project is marketed right and distributed right, there is money to be made…. I hope it moves them closer to where they want to be in their career. Everyone has a different idea of where they want to be, anyway I can help in that, I’m all for it."

Gordon has no fear for the future of Edge Video or indie film in general. "There’s a lot of good material out there and I hope people will submit them to us." Gordon’s advice for filmmakers in general is simple, and so far it has worked for him: "Keep at it. Live with it, eat with it, sleep with it. Keep your entire focus on that project. If you start to hate it use your hate to look at it from another angle. But never stop until you are done."