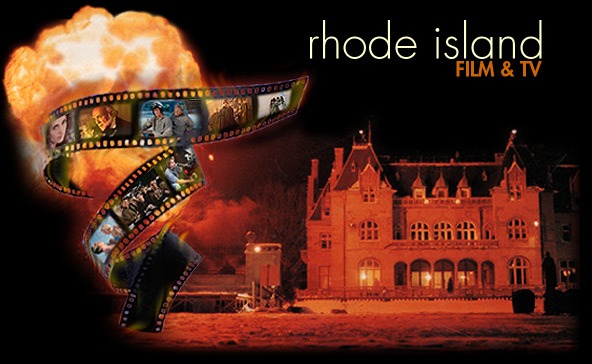 Share
Proposed tax incentives aim to fix Rhode Island as one of the most competitive locations for film and television productions.

Is Rhode Island on the brink of becoming the next Hollywood? The buzz around the Ocean State is that it will at least give Tinseltown a run for its money if new legislation recently announced is passed. At a March press conference complete with popcorn, movie clips, and director’s chairs, Speaker of the House William J. Murphy announced new legislation that would provide tax incentives to film and television companies who bring their productions to Rhode Island. Under the new bill (2005 – H6201), production companies would not have to pay the state’s 7-percent sales tax if they spend at least $300,000 and will also be exempt from paying most of Rhode Island’s 6-percent hotel tax. To the delight of the state’s crew base, there is also an incentive to hire locally with an employment tax credit that would exempt companies from 10 to 20 percent of its payroll taxes for all Rhode Island citizens who they employ.

With the help of Steven Feinberg, Director of the Rhode Island Film & Television office, the smallest state in the nation is already home to Showtime’s new drama series, "Brotherhood," which is scheduled to shoot all 11 episodes of the first season entirely in Rhode Island. Originally, the "Brotherhood" team planned to shoot in Providence for only four days before heading up to Toronto, but Feinberg convinced them to shoot the entire pilot in Rhode Island, bringing close to four million dollars into the local economy. When they resume shooting this summer, each episode is expected to bring in two million dollars for a total of approximately 26 million dollars going into the local economy. "Fifteen months ago, if you would have told me we would be shooting the entire series in Rhode Island, I would have said no way," series creator Blake Masters said at the press conference. With these new incentives, what seemed impossible is now a reality.

Speaking before those who gathered to hear the exciting announcement, Feinberg, who grew up in Cranston, deemed Rhode Island "the smallest state with the greatest backlot." While it takes less than an hour to drive across the state, it is what is within its borders that makes Rhode Island so cinematically desirable. Beautiful beaches, country farms, antique mansions, and cobblestone streets all contribute to its charm. Not to mention its beautiful capital. In perhaps the most celebrated local film, "Dumb and Dumber," Lloyd asks Harry, "How far have we gone?" and Harry replies "well, according to the map we’ve only gone four inches." "That is twice the size of Rhode Island," chuckled Senate President Joseph A. Montalbano after quoting the film. He added that this new legislation would truly "put Rhode Island on the map," as far as film and television production is concerned.

Directors Michael Corrente and Bobby Farrelly were also in attendance and spoke of their excitement for the potential this legislation gives their home state. Corrente congratulated Feinberg on doing an amazing job since accepting the position one year ago. He also announced his plan to bring his next film, a drama about former mayor Buddy Cianci that will possibly star Paul Giamatti, to Rhode Island this summer if the proposed tax incentives are available.

Bobby Farrelly who, along with his brother Peter, recently wrapped their newest comedy "Fever Pitch," starring Drew Barrymore and Jimmy Fallon, said they had to shoot most of the film in Toronto because studios only care about making a profit and have rarely given the green light to shoot in Rhode Island in the past. "This will level the playing field," he noted but went on to suggest building a more skilled workforce in Rhode Island so crewmembers do not need to be brought in from outside the state. He also mentioned the importance of creating a major sound stage and having more available equipment rentals. This legislation has the potential to bring a deluge of film and television productions to Rhode Island but, as Farrelly suggests, "we need to be ready for it."