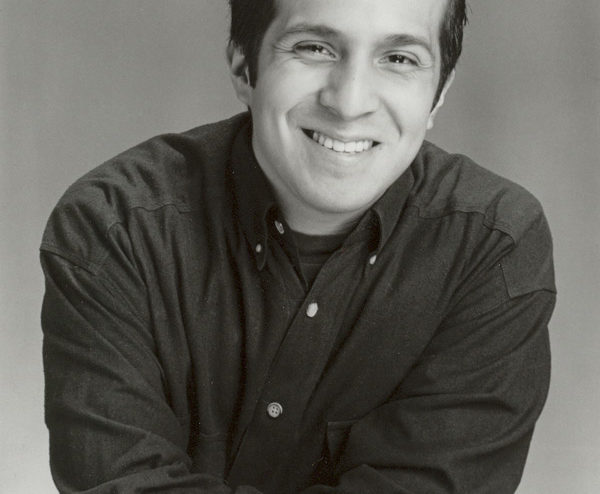 Where There’s a Will…

Share
Actor, director and comedian Will Luera talks about ImprovBoston, the Boston acting scene and staying true to his roots.

New England is renowned for its community of documentary filmmakers — this area is a haven for award-winning educational and exploratory projects that have probed a broad spectrum of subjects. Terrific for grassroots productions and self-sustaining artists, the film scene here definitely thrives in some respects, but still leaves a lot to be desired for the growing population of local actors.

New England is ripe with young performers, and while our community boasts several prominent theater festivals and a rich array of opportunities for the stage, many local actors are itching to get professional screen time; hard to do when options are limited to documentaries and student films. However, film and television opportunities seem to be cropping up, most notably in the Boston area, where young independent film festivals are thriving, and recent big-budget productions have included the critically acclaimed "Mystic River." Many Beantown theater professionals are eager to nurture the area into a beacon for feature film production. A leader of the artistic pack is local actor, director, and comedian Will Luera.

A graduate of Boston College, Luera has quickly made a name for himself in the Boston theater community, most especially in the realm of improvisational comedy. Having trained with such acclaimed troupes as ImprovOlympics, The Second City, and The Upright Citizen’s Brigade, Luera is a skilled and accomplished performer, having appeared at the Chicago Improv Festival, New York Improv Festival, Greater Boston Improv Festival, and Toyota Comedy Festival. He’s also a seasoned director; as the Artistic Director of ImprovBoston (since 2000), he directs the Mainstage cast as well as a regular stream of showcase and seasonal productions. In 2004, stage married screen when ImprovBoston took home the Audience Award in the 48-hour Film Festival for the musical comedy "Recipe for Love."

It was a creative crossover that Luera hopes to duplicate. "There are so many talented people in the Boston area, but it feels like a transitory scene," he says, "I’d like to attract more feature filmmaking here. A lot of the opportunities for actors in the area are for people getting started. That’s why a lot of more experienced people move away. We need more opportunities for professional film actors, need to make Boston a scene that attracts actors that want to come here to work, not use the existing scene as a jumping off point for New York or Los Angeles."

Such opportunities seem to finally be springing up around New England. It was recently announced that Martin Scorsese will be filming his latest production in Boston. It is anticipated that the film will create work for local actors, and will likely attract additional independent and studio productions in the near future.

In a continuing effort to make Boston a hub for screen actors, ImprovBoston is developing a class for their training curriculum that would marry the methods of improvisation and film production. Inspired by their success with the 48-hour Film Festival, the theater wants to introduce a class that encourages filmmaking as a collaborative effort between cast and crew. Currently, the theater offers five levels of improv training that range from beginner to performance level, as well as electives, master classes, and corporate seminars and training. "We get entertainers from a lot of mediums that take our classes," says Luera. "Improv is a skill that people need; it teaches how to trust yourself, how to have faith in others, how to trust your own ideas and other people’s."

Luera himself may be making the jump to the small screen in upcoming months, representing Boston on the PAX-TV show "World Cup Comedy." A weekly series produced by Kelsey Grammar, "World Cup Comedy" features a mix of up-and-coming improvisers and professional comics. After competing against forty Boston-area comics in an elimination audition that lasted for three weeks, Luera was selected to travel to Los Angeles this month, where he’ll compete again; this time against comedians from other major U.S. cities for a spot on the third season.

But what about that ubiquitous "jumping-off" syndrome?

If selected for the show, it’s doubtful that Luera will follow suit and forget his roots. After working for the last decade to enhance the local acting community in New England, the last thing on his mind is to bite the hand that’s fed him so fruitfully.

"I want to seize every opportunity," he says, "I don’t believe in luck, I believe in making things happen for myself. The acting community in Boston is hoping to all rise together, which is a big part of the collaborative mentality we’re trying to promote. Of course, ‘World Cup Comedy’ would be a terrific opportunity; not only for me, but also as a way to draw attention to Boston. I feel that film and television is the next step for me, and if I win the competition, I want to use whatever that entails to promote this community. I hope that my legacy is that I’ve created work and opportunities for young local actors in New England."