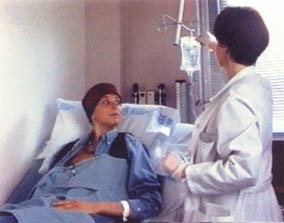 Share
A report of news & happenings in the local industry for February 2005.

"Building the Alaska Highway" will air on PBS as part of the American Experience on February 7, 2005.  The documentary chronicles the nearly 11,000 soldiers, including almost 4,000 segregated African-Americans, who battled ice, snow, mountains, mud, and mosquitoes to blaze a 1,500-mile road through the unforgiving sub-arctic landscape in 1942.  For more information, visit www.pbs.org/amex/alaska.

The Coolidge Corner Theatre, an award-winning independent Art Deco moviehouse and cultural landmark in Brookline, Massachusetts, announces world-renowned Italian cinematographer Vittorio Storaro as the recipient of the 2005 Coolidge Award, to be celebrated April 6-7.  For information on programming, call 617-734-2500, or visit the website at www.coolidge.org.

The New Hampshire Writers’ Project launched a screenplay reading series last month.  The first script read was "Box Score," a romantic comedy by Henniker-based screenwriter Dana Biscotti Myskowski that features a cad play-by-play announcer and his new no-nonsense color commentator.  The pitch?  It’s not whether you win or lose… it’s how you play the field.  For more information visit http://nhwritersproject.org/.

Agent and script consultant Garret C. Maynard will run two weekend screenwriting seminars in Connecticut — on February 26-27 at the Bradely Ramada in Windsor Locks, CT and on March 5-6 at the Stamford Marriot in Stamford, CT.  The seminar will address specific problems for each writer’s script and each writer will receive WGAe representation.

The "Untitled Thomas Bezucha Project" will begin shooting in late February in Amherst, MA and Los Angeles, CA. The film, starring Clair Danes, Diane Keaton, Sarah Jessica Parker and Luke Wilson, portrays a family who unites in common cause when their favorite son brings his uptight girlfriend home for Christmas, with plans of proposing.

"The Departed" starring Matt Damon and Leonardo DiCaprio is currently in pre-production and scheduled for a shoot in Boston, MA.  The remake of the 2002 Hong Kong hit film revolves around a rivalry between the Boston police force and an Irish-American gang.

"One in Eight: Janice’s Journey" will screen on February 8 at 7pm as part of the monthly series Chicks Make Flicks, featuring films by women living in New England.  Filmmaker Cynthia McKeown will be present to introduce the film and for a post-screening discussion.  For more information, visit www.wifvne.org.