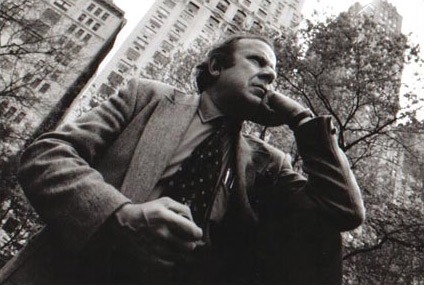 Share
A report on the features, documentaries and shorts with local ties featured at the 2005 Sundance and Slamdance Film Festivals.

New England was well represented in Park City this January; both the Sundance and Slamdance Film Festivals showcased features and documentaries with ties to the East Coast. There were all kinds of reasons to trek to Utah last month (besides hoping for a chance encounter with a Hilton sister); dozens of films screened for eager audiences, filmmakers crossed their fingers in hopes of picking up prizes or being picked up for distribution. Representatives from other festivals flocked to check out the goods and scout potential selections. NewEnglandFilm.com caught up with a few Park City hopefuls pre-Dance.

Boston’s Adam Roffman attended the Sundance Film Festival this year, to support two films that he was involved with. Roffman worked as the on-set dresser for "Duane Hopwood," and the property master for "Saving Face." Written and directed by Matt Mulhern and starring David Schwimmer and Janeane Garofolo, "Duane Hopwood" tells of a down-on-his-luck, divorced father working the night shift at an Atlantic City casino, who struggles to reunite his family after a run-in with the law jeopardizes his relationship with them. "Saving Face" (prop master), directed by Alice Wu and featuring Joan Chen, explores unconventional family dynamics as well, recounting the story of a Chinese-American lesbian and her traditionalist mother.

Roffman had additional motives for attending the festival; the Program Director of the Independent Film Festival of Boston, Roffman began attending Sundance four years ago to derive inspiration for shaping the relatively young Boston festival, and this year was scouting films to bring to New England in the spring. "Every year I go to Sundance I wear a lot of hats," he explains, "This year I’ll be going as someone who worked on these two films; I’ll be hanging out with the directors, casts and crews, going to the screenings. I’ll be going as the Program Director of our festival in Boston; that will be a big chunk of what I do; I generally see around 25 films each year when I go to Sundance looking for films, as well as networking at parties, trying to promote our festival."

Up the road at the Slamdance Film Festival, Jenny Abel premiered her first film; the Connecticut-born, Emerson educated filmmaker produced and co-directed "Abel Raises Cain," a tender and hilarious documentary about her father, ‘professional prankster’ Alan Abel. "I’m nervous to see how an audience will react," said Abel a few days before the premiere, "I grew up in an eclectic household, and this film celebrates it. It’s going to be so exciting to show the film to an audience, but I’m wondering how they’re going to react. There are elements that Jeff [Hockett, the film’s co-director] and I find funny, but will strangers see the same humor?"

As it turns out, they did. "Abel Raises Cain" took home the Grand Jury Award for Best Documentary Feature.

"Abel Raises Cain" wasn’t the only project with New England roots to earn Slamdance accolades. An Honorable Mention in the category of Best Narrative Short went to "Twitch," a coming-of-age story about a teenage girl forced to care for her disabled mother, while beginning to come to terms with her own emerging sexuality. The ten-minute short was written, directed and edited by Brown University alum Leah Meyerhoff.

Park City has reverted to a ski town until next January. But you can continue to support New England Filmmakers! The following films all have local roots. Check out their websites for summaries, filmmaker bios, and screening dates.

"In a Nutshell: A Portrait of Elizabeth Tashjian" directed by Don Bernier

And don’t’ forget to start squirming in anticipation for the third annual Independent Film Festival of Boston! 2005’s festival runs from April 21-24. See www.iffboston.org in the coming months for ticket and screening information. Are you a filmmaker eager to submit your film to the festival? The extended submission deadline in February 28, 2005. Entry fees are $25 for any film made by a student (with a current student ID), $35 for films under 30 minutes, $45 for films over 30 minutes. See the website for guidelines.