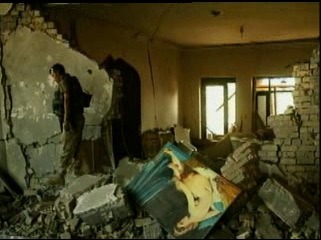 Share
A report of news & happenings in the local industry for January 2005.

The Boston Jewish Film Festival presents screenings of Jean-Luc Godard’s "Notre Musique" ("Our Music).  The latest work by the famed director, in three parts: hell, purgatory, and paradise. Inspired by Dante’s Inferno, but a meditation on the contemporary world. Seen largely through the eyes of two women who converge on Sarajevo: a journalist of French-Jewish origins from Tel Aviv and a Russian Jew living in Israel. For more information visit www.mfa.org/film or www.bjff.org.

"Soldiers Pay," David O Russell’s controversial documentary short about the human costs of war in Iraq, has been added to the closing night line-up of the 2005 Boston Human Rights Watch International Film Festival.  Now in its fifth year in Boston, the Festival returns this January 27-31, with a line-up of provocative documentary and dramatic films on human rights issues around the world to the Museum of Fine Arts and the Coolidge Corner Movie Theatre. Rollover screenings of several of the festival’s most popular films will take place in the Coolidge’s Video Screening Room from February 1-3; the titles to be announced in mid-January.

Justin Fielding’s short film "Dwaine’s Big Game," won both Award for Best Film and the Audience Award at the Chlotrudis Society for Independent Film’s (CSIF) 5th annual Short Film Festival. For the film, director Fielding followed the journey of Dwaine Daye, a Boston firefighter who tries to meet a colleague’s challenge to bowl a perfect game.  See the winning film and film-maker, and join CSIF members as we formally present the Short Film Festival Awards during the 11th annual Chlotrudis Awards ceremony on Sunday, March 20th at the Brattle Theatre. Visit http://www.chlotrudis.org for more information.

Aspiring filmmaker and 18-year-old high school senior in Newton, Massachusetts, Josh Woolf is currently in post-production on "Four Weeks In Tanzania," a documentary of a student expedition to Tanzania and Mt. Kilimanjaro. For more information, visit www.jswfilms.com.

"December Ends," shot in L.A. and Newport, Rhode Island, locked picture this fall and is scheduled for a 2005 release.  For more information, visit www.decemberends.com.

The New Hampshire film "Live Free or Die," about lackluster criminals who try to pull a job in the Granite State, is currently in post-production.

Shot in Salem, Cambridge, and Newton, Massachuestts, "The Doctor" is currently in post-production. The film tells the story of an aging, white-faced child psychiatrist and widower ponders the role of the natural world while being visited by the ghost of one of his deceased patients. For more information, visit www.eskimofilms.com.