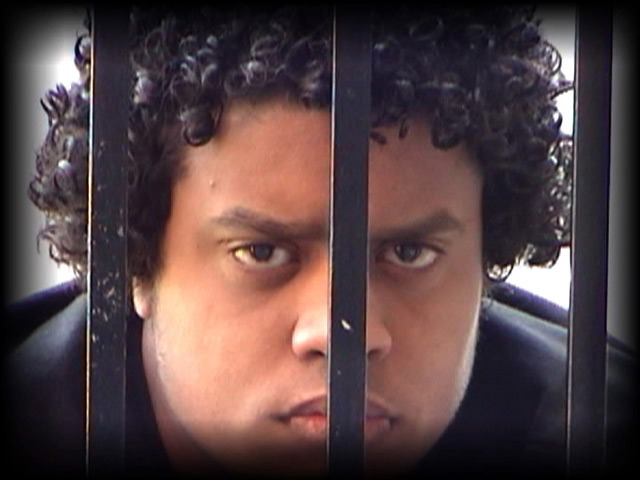 A Home for Media Education

Share
Through its endeavors in media arts education, the 27-year old non-profit organization HOME, Inc. (‘Herein Our Motives Evolve’) enhances the lives of Boston’s youth, one project at a time.

A fight broke out between two sixth-grade students on the day I went to visit Cleveland Middle School with Alan Michel of HOME, Inc. Just before the first punch landed, a fellow classmate stepped in, and the students decided to keep the peace, sealing it with a fist pound… and then the credits started to roll. This altercation was part of a 60-second public service announcement the students had completed for their Media Literacy class, and they beamed with pride as their hard work was acknowledged in front of a small group that had gathered to watch.

These students, along with students from four other Boston schools, partake in HOME Inc.’s Media Literacy and Health Project, funded by the U.S. Department of Education. Through this program, HOME, Inc. provides training and support for Media Literacy teachers and a mini lab for each school. Each mini lab has everything the school needs to support a successful Media Literacy Program, including two video-capable Macintosh Computers, two digital 8mm cameras, Final Cut Pro and Adobe Acrobat Illustrator, tripods, lights, video tape, and microphones.

HOME, Inc., "Herein Our Motives Evolve," started nearly 30 years ago with a group of art students in Jamaica Plain who wanted to create a collaborative community "where art and education were brought to life." One of those students, Alan Michel, emerged as the current Director of HOME. Housed in the Bates Art Center in Boston, the members of HOME feel passionately about promoting the arts in any way they can, and they currently sponsor an Artist in Residence who uses their studio space free of charge. Their main focus, however, is working with students and educators.

"The mission of HOME is to make a positive difference in the lives of young people. We teach video production and media analysis to educators and youth to foster confident, creative, individuals with the ability to think for themselves," says Michel.

The students I met at Cleveland Middle School personify the characteristics Michel describes. As part of HOME’s Media Literacy and Health project, these students begin, "with the premise that our daily lives are saturated with the messages of the mass media and popular culture." They learn to take a step back and ask, "who made this message and why?" explains Michel.

"HOME adds to the common definition of Media Literacy by including actually being able to create media and being capable of understanding the fundamental steps that are involved in researching a topic and an audience, developing and testing the concept or theme that is central to the media message, and then producing the final media product. Media production teaches the students how messages are constructed and makes concrete the multiple layers of the media, such as combining images and sounds to make an emotionally powerful message."

In a world where adolescents are bombarded with violence and other tough issues on a daily basis in reality and through the media, it is important for students to have a questioning eye. "The stated goal for media education efforts, both in school and in the home, is to change students from being ‘passive viewers to questioning consumers,’" says Michel.

"We are deeply involved in exploring the personal issues that students have, both developmentally as they grow to become responsible adults and as they shape their own questions about our culture. So much of what we see, hear, and think is shaped by the media. Our work focuses on what is driving that communication. We help students and teachers examine the values and larger questions that are associated with mass media. This allows us to deal with important social and political issues such as aids, violence in our schools and on the airwaves, consumerism and health, and many other questions and issues."

A HOME, Inc. evaluator attends a discussion with students at Lewis Middle
School. Information provided by the students is used in a ‘Best Practices’ CD-ROM
to communicate to other teachers and schools.
[Click to enlarge]

Talking about these issues, as well as actually producing media of their own, has added a new dimension to these students’ lives. They not only learn important interpersonal skills like working as a team, but they also learn the technical skills required in media production, including internet research, writing, graphic design, and video production. But the learning experience does not end there.

"The students have become more aware of issues and more constructive when tackling their projects. We see this as students move through beginning projects to more advanced projects. They also become much more insightful about the issues, particularly issues that they have been examining over a long period of time. They begin to develop better relationships with their teachers and other students during the process. This is due to the fact that much of the learning that takes place is about a subject in which they have a strong interest, and much of the learning occurs ‘just in time,’ when they have the need to know something," says Michel. In essence, "they are inquiring about the subject when they have to apply the information. It is much more powerful for the students to learn in this way."

Michel has also noticed that, "the project has affected how teachers are teaching at the schools. We are finding much more collaboration and, for those teachers that are succeeding in this way, a much stronger commitment to increasing their efforts and time spent on media projects. They are seeing results not only with students who have been good students all along, but also with those who, in the past, have shown little interest."

Right now, the future looks bright for HOME and the students whom it serves. In addition to the Media Literacy and Health project, HOME has recently received an Edvestors grant that will allow it to expand its projects at English High School, a school that recently raised additional funds to build a brand new 20-seat Macintosh media lab. With this grant, HOME will be establishing a part-time staff presence at the high school, in addition to developing a more comprehensive professional-development program for teachers and project support for students, including a new after-school program. HOME has also recently added Hyde Park High School and West Roxbury High School to the list of schools participating in its programs.

"In five years I hope we have sufficient space and resources to be offering media projects to in-school and after-school programs on a regional and perhaps national level. I think we understand the complexities and culture that make up a successful media arts learning environment, whether it is in-school or after-school," says Michel. "I think we also understand the important roles that media and media literacy play in framing the dialogue that shapes our values and priorities as a culture. I would hope that we can share this with multiple school systems such as Worcester, Lowell, and Lawrence, among others."

Michel’s optimism, and the passion of those who work with him, will undoubtedly have a very strong and positive impact on the lives of many young people as they navigate through the complexities they encounter in every-day life.