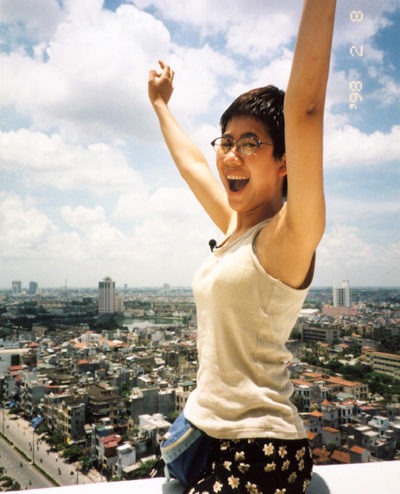 Show Me the Grant Money

Share
Hey big spender, you want to get your film made? Stop digging underneath your couch cushions and think about writing some grants. Hey, chin up; it's easier than you think.

Grant writing is, for most, the least exciting, most exasperating aspect of filmmaking. The drudgery of pounding out a synopsis, the agonizing over every little adjective to avoid spilling over a word limit, the months of waiting for the seemingly inevitable rejection — all repellant enough to make anyone run screaming from an arts foundation and head for the hills. For a filmmaker anxious to tell their story, passion can take a backseat to financial roadblock. Getting an independent film funded can halt the creative process for years at a time, with the fate of a project dangling helplessly in the paws of a foundation that may or may not give you money. That is, if you can survive the excruciating grant writing process to begin with. Running the emotional gamut from annoying to downright painful, the act of writing a grant can be confusing and torturous, especially for artists who prefer to work in a visual medium.

What are the elements of a successful grant? How do you write one? What increases a filmmaker’s chances of getting a boatload of funding? And where the hell are you supposed to start in the first place?

The most obvious jumping-off point, the Internet, is a Catch 22 incognito; an endless stream of potential resources that can both encourage and overwhelm any filmmaker who is just embarking upon a quest for funding. Go to any search engine, type in "Film Grants" and watch out! Hundreds of leads in less than two seconds. This only serves to worsen initial frustration. Sure, there’s a whole lot of foundations out there who seem to want to give money to filmmakers, but who has the time to pore over the guidelines for eight hundred grants? There has to be a better way.

Marlo Poras, an award-winning filmmaker whose documentary "Mai’s America" was funded in part by grants from the Corporation for Public Broadcasting (CPB) and the LEF Foundation, formerly served as a grant reader for the Independent Television Service (ITVS). "A good place to start is to look at the credits of as many documentary films as you can," she says. "Look for who got funding from whom. That can be really helpful, especially since it’s getting harder and harder to know where to look."

Chances are, if an arts foundation granted money to a particular type of project, they want to associate themselves with other projects of a similar nature. While you, as an artist, do not necessarily want to lump your personal and insightful vision into a pigeonhole, it can be beneficial to identify universal themes in your film and appeal to organizations that have funded other films that address the same themes.

There are specific websites, such as the Center for Independent Documentary (www.documentaries.org), that list resources available to filmmakers (many specific to the New England Area). The Massachusetts Foundation for the Humanities (www.mfh.org), for example, funds public humanities projects, while the ITVS (www.itvs.org) offers grants to the production of independent media that attempts to increase diversity.

Once you’ve figured out who to ask for funding, it is important to identify what each particular foundation is looking for before you begin to develop a grant application. A few good questions to ask yourself: What types of work has the foundation funded in the past? What does the organization stand for? How will your project reflect their ideals? If you’re making a documentary that aims to attack non-profit, educational media and plan on applying for a grant from the CPB, it doesn’t look too good for you.

"Grants have to be very well and clearly structured, in terms of what the film is going to be about, what your intent is, and how, technically, you’re going to reach those goals," says Poras. "Grant applications ask for different things. You really have to tailor the grant to what the foundation is asking for. You can’t just use one grant and send it off everywhere."

Additionally, there are different types of grants awarded to different stages of the filmmaking process. Seed grants, for example, are designated for filmmakers who have yet to get production underway. There are production grants, post-production grants, and so on. Before beginning an application, be sure that the designation of the grant is apropos of the stage that your film is in. Pay close attention to the application guidelines laid out by each foundation.

As a filmmaker, you know how important it is to engage an audience right off the bat. When writing a grant, keep this same tactic in mind. The most important element of a grant proposal is the very first sentence; a vivid, concise thesis is crucial. If a reader isn’t hooked by the end of your lead, chances are, they’ll be turned off by the proposal in its entirety.

Structure and language is key. A dry, yawn-inducing proposal laced with ostentatious adjectives won’t help you, but neither will a spastic Kerouac rant that is bursting with exclamation points but lacks coherence. Find a writing style that artfully straddles academic and manic. And don’t be afraid to get feedback from friends and colleagues. It is a mistake to hold your writing too nearly and dearly. Swallow your pride, and listen. You shouldn’t have completed a grant after only one draft.

Poras was kind enough to share the following; a proposal that was successful in landing her funding from the LEF Moving Image Fund. Although the film didn’t end up being produced, Poras was awarded the grant nonetheless, and was able to apply the funding to a different project.  View the grant proposal.