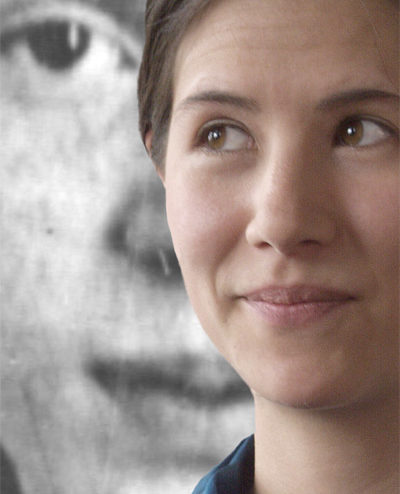 Share
This segment of the NewEnglandFilm.com funding series profiles the Massachusetts Foundation for the Humanities who offers media grants to help filmmakers help humanity.

What is a humanities project? This is the place to start with when you’re thinking of applying for a Massachusetts Foundation for the Humanities (MFH) Media Grant. The answer starts with community. MFH defines it as a project that sheds light on the history or culture of an area. Humanities include a group’s past, present, languages, ethics, laws, history, finances, architecture, culture, literature, archeology, philosophy, values, religion, arts, sociology, or psychology. Thinking of humanities topics is easier than it seems: if it’s about being a human, it’s about humanity.

"We see ourselves as here to serve the public," says Kristin O’Connell, the Assistant Director based in the MFH Northampton office.  Since the donations to the foundation are given by the public, "we give back to the people."

There are of course more requirements than simply being considered a "humanity" project.  A project must be, "grounded in one or more of the humanities. They tend to be historical," O’Connell says, and she remarked on a contemporary project that was just given funding which traces credit card debt in America, its effects on society, and its origins. The goal of the MFH media grants is much the same as its goals for all its grants. O’Connell says it is, "using humanities as a way of enriching people’s lives and thinking more deeply about them." The plus-side to media projects, she says, is that "films can reach a greater number of people."

Because the MFH takes this endorsement seriously, they are ready to help from step one. Contact the MFH to see if your project is in line with their goals. Write or call the Foundation’s Metro Boston office, or email Ellen Rothman at ekrothman@mfh.org with a brief summary of your proposed project. If a project seems appropriate for the MFH, a staff member will keep in contact with you to prepare you for the next deadline. O’Connell says, they will, "review drafts, offer feedback, say what may need further development, what is unclear or incomplete," and give advice on what the review board is looking for. "We work closely with everybody who applies," O’Connell says. "We can give them valuable tips from the outset."

The staff’s preparatory work with applicants explains the MFH’s high acceptance rate. They want you to succeed. The MFH funds about two-thirds of the small grant applications and about 80 percent of major grant applications who apply. "We don’t work with the Ken Burns of the world," O’Connell says with a laugh. The MFH is there to fund those filmmakers who do not yet have other resources.

So, what is an ideal applicant? According to Kristin O’Connell, it is, "someone who has done his or her homework and is willing to listen. Show you’ve thought realistically about the cost to complete the project." Many people, she admits, "have no idea of the complexity and time involved." For example, O’Connell cites publicity as a major concern. You’ve made a great film. Who’s going to watch it? "Think about your audience," O’Connell says, "People tell us they have a loyal audience, but the trick is to persuade people who are skeptical." Along the way, try not to take the staff’s feedback personally.

O’Connell says the MFH works with everyone from, "modest grassroots groups to sophisticated, experienced groups. Don’t feel intimidated." The ultimate goal is to complete a film that is, "engaging," and to make a film that, "people will want to see and enjoy. Make people think, teach them something new, stimulate them."

Now to see who is eligible for this grant. Let’s look at those who are ineligible first, to end the suspense. The big requirement is that applicants must be a non-profit organization. But there’s hope: you do not need to have 501(c)3 tax status, but your fiscal agent must. Projects that portray one viewpoint are not encouraged, nor are projects aimed primarily at audiences outside Massachusetts. "Personal or political films, partisan films, and some art films," O’Connell says, may not be appropriate for this grant. Films about, "Massachusetts with a specific interest for the people of Massachusetts, their history and culture," are encouraged.

For example, in 2003, a grant was awarded to Pocumtuck Valley Memorial Association in Deerfield and independent filmmaker Steve Alves of Greenfield for distribution of a documentary called "Talking to the Wall" which focuses on the two towns’ debates on whether to allow Wal-Mart to move in, and the advantages and repercussions of their decisions. While the film primarily shows these two towns, it visits the rest of the country and certainly — frighteningly — has a global theme.

As well, many films have a historical context such as a grant given to the University of Massachusetts at Amherst for a documentary about the Upper Connecticut Valley landscape and the effects of log drives on it between 1868 and 1915. Environmental issues have become even more significant post-1915 and therefore the historical theme of the film is even more relevant today. Lastly, the applicant must be based in Massachusetts, with the exception of certain film directors who are not based in the state. For example, another grant was awarded to the New York Foundation for the Arts and filmmaker Peter Miller. Their film was based on Nicola Sacco and Bartolomeo Vanzetti, Italian anarchist immigrants to Massachusetts who in 1921 were convicted — some say wrongfully — of robbery and murder and were finally executed in 1927.

For a complete look at the proposal guidelines, the MFH media grants website is the best guide. Media proposals are accepted only on the first business day of November and May. A draft including the project description, budget, and budget explanation must be submitted to Kristin O’Connell at least two weeks before the final deadline.

Now for the behind-the-scenes process: a Grant Review Committee reads the grants and makes recommendations to the MFH board. The Review Committee is composed of members of the MFH board of trustees and outside scholars. In the case of media applications, an additional panel of media experts reviews the applications and sample reels. The Review Committee looks at the following criteria: humanities content, plan of work, audience, personnel, organizational capacity and need, and budget. A completed application includes a project summary, project description, official budget request, budget explanation, schedule, scholar’s statement (if requested), resumes of key personnel, letters of support, filmography, distribution plan, three copies of your sample, a treatment, production schedule, and three copies of the trailer. Notification is within 90 days of submission. Sound daunting? It is. That’s why the staff at the Massachusetts Foundation for the Humanities is prepared to help!