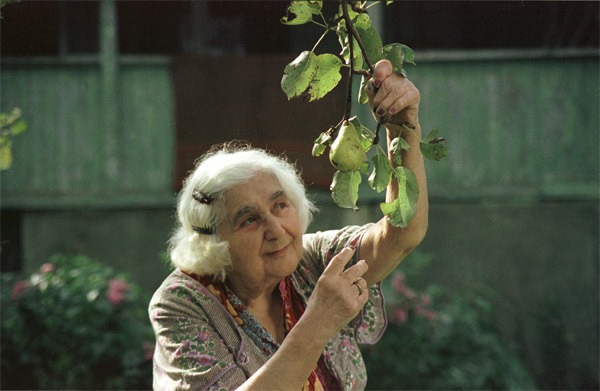 Share
Arlene Distler, co-chair of the Vermont Women's Film Festival, talks about the celebration of women's lives and experiences through films in the Green Mountain State this month.

Winter in Vermont is the season for snow sports and wood fires, but around Brattleboro it is also film festival time.  When the 13th Women’s Film Festival opens on March 5th audiences will have plenty of films to entice them off the slopes and into the theatre.

The festival’s program is varied and includes feature films, documentaries, and shorts along with several panel discussions and visits from directors.  The organizers are also honoring Katharine Hepburn by showing two of her films from different points in her career: "Alice Adams"(1935) and "Adam’s Rib"(1949).

The festival takes place over the course of three weekends, beginning on Friday, March 5th with a gala reception at the Hooker-Dunham Gallery in Brattleboro.  The Gallery is run by Wild Root Arts and houses a theatre where many of the works on DVD and video will be shown.  After the reception there will be a screening of "What I Want My Words to Do To You," a documentary about a writer’s group run by Eve Ensler ("The Vagina Monologues") in the Bedford Hills Correctional Institute for Women in New York State.

Each weekend a feature film will be screened, including two area premieres.  The first weekend premiere will be "Rosenstrasse" a film from Germany directed by Margarethe Von Trotta.  It is a narrative film based on actual events that took place during the Holocaust, when German women protested the rounding up of their Jewish husbands.  Their peaceful protests took place in front of the building where their husbands were being held (the Rosenstrasse) and led to the eventual release of the men.

The second weekend will feature "Since Otar Left" by Julie Bertuccelli, a film that won the Critic’s Week Grand Prize at Cannes.  It is the story of three generations of women in a family living in the Soviet Republic of Georgia and how their relationships change after they receive tragic news about a male family member living abroad.

At press time the feature for the weekend of March 19-21 was "still in the works."

These feature films will screen in 35mm at the historic Latchis Theatre in downtown Brattleboro.  The theater was built in 1938 and although it has three screens now instead of one, it still has the original murals of the constellations adorning the ceiling of the main theatre, which seats 400.  The Latchis Theatre was a partner in producing the film festival for its first six years, but no longer handles logistics.   According to Arlene Distler, one of the festival co-chairs, "In 1997 the festival became an all-volunteer event."

Despite its need to rely on an all-volunteer work force in order to survive, the festival has grown over the last seven years Distler says.  The festival’s purpose has always been and continues to be to raise funds for the Women’s Crisis Center in Brattleboro, which serves all of Windham County, Vermont.

The film selection process is a microcosmic illustration of grass-roots organization.  A committee of five to seven people chooses the films that will be shown. Distler says that occasionally people on the committee know a filmmaker and will ask them to screen something for the committee, but there is no open application process.

One committee member, Merry Elder, is "a real film buff," according to Distler, "She does the ground work and brings in a master list." Last year "an angel" paid for Elder to go to the Toronto Film Festival, but usually the research takes place closer to home.  "We go on-line, we look in the big city newspapers for small films that might play for a week or two and then disappear. We keep all our antennas alert," she says.

From that point, the committee gathers information about each film and tries to secure copies to watch.  Someone volunteers a viewing space, "This year we used my co-chair’s living room," Distler says.  "It sounds like it shouldn’t work, but it does," she adds.

Distler saw one of the films, "Novela, Novela" by Liz Miller, at a writer’s retreat.  "I called her [Miller] to ask if she would submit the film."  Miller’s film is a documentary about the production of a groundbreaking soap opera for young adults in Nicaragua.  The story lines deal with social issues such as homosexuality and abortion, usually taboo subjects in Nicaraguan society.

Julie Akeret, a filmmaker based in Western Massachusetts, will be attending the festival for the second time this year.  "I had a fabulous time at the festival," Akeret says of her experience. "The audience was most enthusiastic and had some interesting questions after the screening."  Akeret is modest; in fact, the audience awarded her documentary, "Someone Sang For Me" the Audience Choice Award in 2003.

"After working almost four years on ‘Someone Sang for Me’ it was very rewarding having it presented at such a great festival in the company of such films as ‘Bend It Like Beckham.’" Akeret will return this year with her new film, "Tomboys!" made with Christian McEwen, which profiles women who were "tomboys" in their youth and have accomplished interesting feats in their adult lives.  One of the subjects is Doris Haddock, a.k.a "Granny D" who walked across the country when she was in her 80’s to promote the cause of campaign finance reform.  Akeret and McEwen will discuss their film on March 6th.

The Hepburn films and a documentary about famed avant-garde filmmaker Maya Deren called "In the Mirror of Maya Deren" will represent women in film history.  Martina Kudlacek’s portrait of Deren, an innovative and influential film artist of the 1940’s, is "an incredible documentary" according to Distler.

The schedule of films and events shows the variety of women’s experiences and lives, from teen-agers to elders.  Two panel discussions will highlight particular strengths and characteristics of each age group.  On March 7th local teenagers will discuss media marketing and exploitation in a panel called: This Image Hurts Your Image.   Older women who maintain vigorous creative lives and social consciences will lead a panel discussion titled: Wise Women on March 21st.   Along the same theme, the film "Maggie Growls" by Janet Goldwater is a portrait of Maggie Kuhn, the founder of the Grey Panthers.

For a peek into the creative process as it relates to film, editor Kate Purde will moderate the panel Through Their Eyes, where filmmakers will discuss how the idea for a film comes to fruition.  Panel members will include Judith Katz ("What I Want My Words To Do To You"), Julie Akaret ("Tomboys"), and Liz Miller ("Novela, Novela").

The Women’s Film Festival reflects the vibrant arts scene and depth of social commitment in Brattleboro.  It is an example of Vermont’s appeal that extends beyond the state’s famous ski resorts and areas of natural beauty.  The 21 films in the festival show a range of women’s experiences, personalities, achievements and creativity.  Behind the scenes, the programming and purpose of the festival illustrate the profound power of community.