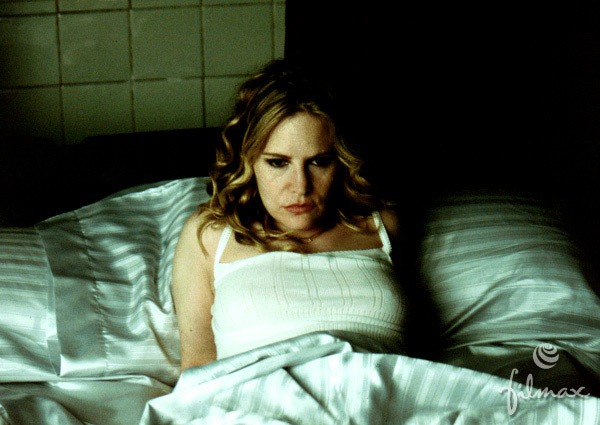 Share
Three films with local ties -- 'War,' 'The Machinist' and 'Foo-Foo Dust' -- join the ranks of Sundance hits at this year's festival.

Last Saturday, the sun set on the Sundance Film Festival until next year, but for three of the films with local connections, the finale was just the beginning. Allowing himself hardly enough time to catch his breath after his 10 days in Park City, Utah, Jake Mahaffy accompanied his film, "War," to the Rotterdam Film Festival. Meanwhile, "The Machinist," the latest film from veteran Sundance filmmaker Brad Anderson garnered great buzz and glowing reviews from "The Hollywood Reporter" and "Variety" which will surely lead to a distribution deal.. And filmmakers Gina Levy and Eric Johnson are already back to work creating an extended version of their short documentary "Foo-Foo Dust," which was screened before packed audiences in Park City.

"[Sundance] was a lot of fun, but very hectic," Gina Levy said of her experience at Sundance, this year being her first time attending as a filmmaker. "It’s a different experience as a filmmaker because you are also trying to promote your film," Levy explained, "and there are so many activities."

Of the audience reaction to her film, "Foo-Foo Dust," a documentary about a drug addicted mother and son, which she co-directed with Eric Johnson, Levy said there was "a really terrific response."  Levy got her start as an image-maker while a student at Harvard, where she first dabbled in photography, a medium which is Johnson’s forte as well. His images of Stephanie and Tony, the subjects of "Foo-Foo Dust," were the initial inspiration for the project. Filmed over four days, the shoot was extremely intense, Levy said, and it took her and Johnson a year to edit and complete the 37-minute color film, which premiered at the L.A. Film Festival last June.

Now home in L.A., Levy and Johnson are continuing to film their subjects and Levy is also working on a new fiction short and a feature-length film of her own. Her first film, "Ask Again Later," titled after the Joyce Carol Oates story, upon which the narrative short was based, premiered at the Palm Springs Short Film Festival in September 2003.

Prolific filmmaker Brad Anderson, named by Variety as "one to watch," back in 1997, attended Sundance for the fourth time this year with his new film, "The Machinist." His previous films (several of them Boston made), "The Darien Gap," "Next Stop, Wonderland," and "Happy Accidents" all screened at Sundance in 1996, 1998, and 2000, respectively.  In 2004, Anderson unveiled "The Machinist," starring Christian Bale and Jennifer Jason Leigh.

The film portrays Trevor Resnik (Bale), a man living a nightmare: sleep-deprived and sickly, his grasp of reality and sanity slips away as he descends into madness, finding mysterious notes, talking to himself, and seeing visions. Leigh’s character, Resnik’s call-girl girlfriend, is his only support as he attempts self-awareness. The film is described as "an existential horror film that showcases [Anderson’s] razor-sharp intelligence," by Trevor Goth. Produced in Spain, as a collaboration between the director and a Spanish crew, the film has been lauded for its masterful cinematography.

On the opposite end of the budget spectrum was Jake Mahaffy, the ‘one-man crew’ of his film "War," which makes the ‘shoe-string budget’ sound extravagant.  Unable to afford a motor for his camera, the filmmaker hand-cranked what film stock he had, cast local amateur talent, and had to employ voice-over and drop sound frame by frame for lack of access to sync sound. Mahaffy was not fazed by these constraints. In fact, he said of his experiences making this low-budget film, "This movie wasn’t made ‘despite’ my limitations, but because of my limitations." And, it is clear that he was not the only one willing to take a risk on "War." He received a grant, which provided film-stock via a donation from Kodak, and borrowed a motor for his camera. The making of "War," an experimental narrative — budget-less, script-less, and devoid of conventional actors — took the director four years to shoot, and it all paid off when it was selected to be screened by Sundance in the prestigious "Frontier" segment.

Mahaffy shot his footage of rural Pennsylvania, a bleak and depressed landscape, portraying the people affected by the declining culture of farms, the farm-less farmers. The narrative, a remarkably complex story about the colliding lives of a local boy, a colorful junk collector and a country minister, grew out of his images. Mahaffy was inspired by his experience traveling in Russia, where he studied filmmaking; its bare and abandoned pre-Revolution churches are for him symbols, like the deteriorating farms, of the cultural casualties of time passing and times changing.

The film itself has the look of a bygone era. Mahaffy’s hand-cranking technique, though the film is set in the present and in color, recalls the old days of film, but is also an aesthetic he and his collaborators have embraced.  Mahaffy met his two partners — Dan Sousa and Jeff Sias — at the Rhode Island School of Design where they all made several films together as students, and later collaborated at Boston’s Olive Jar Animation Studio until it closed in 2001. Mahaffy and his colleagues’s other connection to the region is their success screening their various films in New England and beyond, including: The Boston Underground Film Festival, The Woods Hole Film Festival, The New England Film and Video Festival, and at the School of the Museum of Fine Arts, the Harvard Film Archive, and the Coolidge Corner Theatre.  Hopefully, just the type of venues which will be showcasing some of the local Sundance films in the near future.