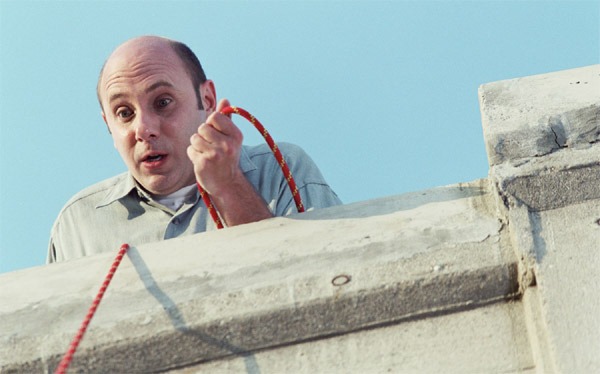 Share
'Things I Hate About You,' 'Rose and the Snake,' upcoming fests and more... A report of news & events in the local industry for February 2004.

In addition, the Chlotrudis Forth Annual Short Film Festival held on February 16, 2004 at the Coolidge Corner Theater in Brookline features a great selection of short films.  For more information, go to www.chlotrudis.org/movies/festival/.

The results are not in yet, but the Maine Film Office reports that production and spending in the state during 2003 may break some records, due in large part to the filming of "Empire Falls." The record-holder thus far is 1998, when "Message in a Bottle" brought in a steady flow of revenue.

MovieMaker Magazine rated Boston the 3rd-best place in the country for filmmakers — this despite talk that the Boston Film and Video Foundation (BFVF) may be closing its doors, with the New England Film and Video Festival in a somewhat tentative status.

The film offices in New England are taking advantage of the slow production season to lay some groundwork. The Connecticut Film, Video & Media Office is working with state municipalities to develop a statewide location permit form for filmmakers who require that paperwork (although most towns do not). And the Vermont Film Commission is busy lobbying their state legislature for more film incentives, while preparing for upcoming their upcoming film festival and film forum. Meanwhile, the New Hampshire Film and Television Office is trying to scrape together funding to hire a new film specialist to replace the departed Jay Brenchick.

Production activity is low during the cold winter months. But the crew for "Rose and the Snake," returned to New Milford, Connecticut, last weekend to reshoot a scene and pick up some inserts. The film, directed by Rebecca Miller, stars Daniel Day-Lewis and Katherine Keener.

The new Bravo show "Things I Hate About You" is paying a two-week visit to Windsor, Connecticut, to follow local radio celebrities and real-life couple, 96.5’s "Patrick and Rene" around town and in their home. The show, produced by Wall to Wall Media, aims the show its viewers "what it’s really like to be in a long-term relationship," offering couples the opportunity to point out each others’ annoying habits.

Court TV is mining Connecticut for good stories. "Trace Evidence," Dr. Henry Lee’s forensic show is in the middle of a 4-week shoot in Easton and Meriden. The show, produced by KLS Communications, already shot in last October and December, and is expected to premier this April. And "Psychic Detectives" has been shooting in the New Haven area and Gillette Castle State Park for a show on the Penney Serra murder. Story House Productions is running the show.

Morningstar Entertainment is scouting for exterior locations for a segment of the Discovery Channel series "Unsolved History" about the murder of Lizzie Borden. Interiors for the show will be shot at the original Borden House in Fall River, MA. The shoot is scheduled for this spring.

The Game Show Network (GSN) spent January 24-25 filming the World Series of Blackjack and the Mohegan Sun Resort. Tune in to see the crowning of the World Blackjack Champion and see winners rake in a total of $250,000 in total prizes. (Sorry, folks, but don’t bet on me watching. But I will try to catch PBS’s "Colonial House," filmed this summer in Maine and set to air late this spring.)

The Good Morning America Early Show aired a brief segment shot a few weeks ago at Morse Farm in East Montpelier. The crew filmed several other segments in the area’s shops and restaurants, so all you early risers (not me) keep an eye out for them!