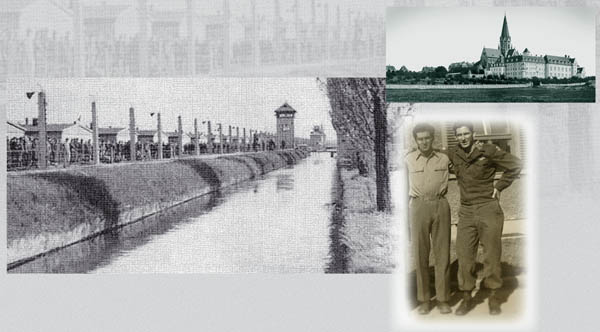 The popular perception about the horrors of the Holocaust is that they ended with the surrender of Germany. In reality, the passive neglect of the victorious Allies, while not as devastating as the active persecution at the hands of the Nazis, proved a prolongation of many of the same inhumane conditions. The nearly eight million refugees (as many as 250 thousand of them Jews), were met with indifference at best. Often released far from home, they found themselves herded into displaced person camps with inadequate shelter, food, hygiene, and clothing. There were no more brutal guards or gas chambers or forced labor, but otherwise their living conditions were much the same as in the camps they had been rescued from. In some cases, the refugee camps were even surrounded by barbed wire to prevent the spread of disease.

Boston College professor John Michalczyk’s "Displaced! A Miracle at St. Ottilien" documents the efforts of two U.S. privates to provide relief to the refugees housed at St. Ottilien, a monastery 30 miles from Dachau. After they saw the wretched conditions at the monastery, Edward Herman and Robert Hilliard knew they had to act. When protests to their superiors fell on deaf ears, they began acting surreptitiously, smuggling food out of the canteen and sneaking it through military checkpoints. Security was increased when the U.S. military began to catch on. Herman and Hilliard knew they had to do more, so they wrote a scathing letter addressed to the American people, bribed a printer to reproduce it, and personally mailed thousands of letters to people all over the U.S., imploring them to send donations — all under the noses of their superiors.

Herman and Hilliard could never have predicted just how influential their letter would become — a copy even made its way into the hands of President Harry S. Truman. Based on Hilliard’s book "Surviving the Americans: The Continued Struggle of the Jews After Liberation," Michalczyk’s film uses documentary footage and interviews with prominent historians and both Hilliard and Herman (sporting a wide-collared pink suit straight out of "American Pimp") to tell their story. The result is about far more than the Holocaust. Two lowly privates who had essentially no influence or power were able, with a little persistence and ingenuity, to influence the international policy of the world’s newfound superpower. The moral of the story is that little people can make a difference. When the politicians get you down and your country’s doing wrong, it’s time for you to act.