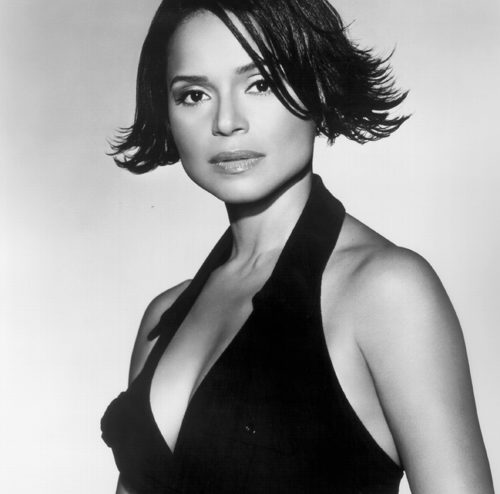 When actress Victoria Rowell speaks about the benefits of fine arts training to the lives of foster children, she speaks from experience. Rowell grew up in a foster home in Portland, Maine. She began studying ballet at age eight, receiving a Ford Foundation scholarship to the Cambridge School of Ballet in Massachusetts. She trained for eight years, before moving on to dance professionally with the American Ballet Theatre II Company, Ballet Hispanico of New York, Contemporary Ballet, Twyla Tharp Workshop and The Julliard School of Music Dance Extension Program. Rowell held several visiting artist teaching positions in New England, and worked as a professional model before discovering her passion for acting.

"Acting is like air for me," Rowell said. "It’s who I am." She recently returned to the cast of "The Young and the Restless" as Drucilla Winters, whom she had previously portrayed from 1990-2000. During much of her initial run on the soap opera, Rowell concurrently starred as a pathologist and county medical examiner on the Dick Van Dyke series "Diagnosis Murder," where she also garnered some writing experience. Emmy-nominated, and the recipient of seven NAACP Image awards, Rowell’s work also includes "The Distinguished Gentleman" with Eddie Murphy, "Dumb and Dumber" with Jim Carrey, "Eve’s Bayou" and "Feast of All Saints." Rowell will soon be seen starring with Vivica A. Fox in the murder mystery feature "Motive," currently in post-production.

In addition to pursuing a thriving acting career, and caring for her two children, Rowell manages to find the time to run the charity she founded, The Rowell Foster Children’s Positive Plan (RFCPP). She is disciplined about the demands of a daily schedule that can include both an "Access Hollywood" taping and a dinner meeting with the Child Welfare League of America. "I carve out the time for the work," she said.

Rowell credits her training in the arts with giving her this drive and determination. Ballet was an anchor against the uncertainty of life in foster care, she said, and the discipline it required became a "fundamental force in my life." She now passes that spirit on to the children she serves through the RFCPP. Founded in 1990, the charity funds fine arts classes, athletic training and summer camps for foster children in Los Angeles and the Boston area. It also offers job placement assistance to teenagers at companies including Viacom, BMG and Oxygen.

An active lobbyist and advocate for foster care reform, Rowell has met with former President Bill Clinton, and recently made a keynote address to Congress for the Black, Hispanic, and Asian Caucuses in Los Angeles. She is a National Spokesperson for UPS’s charitable arm, The Annie E. Casey Foundation and Casey Family Services. Rowell has hosted the Tournament of Roses parade and New York’s Thanksgiving Day Parade, and has made numerous public appearances as a motivational speaker and fundraiser for RFCPP.

Through RFCPP, Rowell strives to provide support and structure to foster children, and she enjoys watching them succeed. Topping the list of the organization’s recent success stories is a young man named Taurien, who joined the program at age nine and now has a contract with the Dance Theater of Harlem. Rowell also is proud of a girl who successfully raised her grades in order to qualify for acting lessons through RFCPP, and a teen who secured at job at Viacom through the organization, and is now buying his first used car.

Rowell will appear at the 5th Annual Roxbury Film Festival. She will conduct an actor’s workshop on "Breaking into Soap Operas," and join in a panel discussion on surviving the acting business on a local and national level. She advises aspiring performers to "be committed, to be undaunted in the face of naysayers. You have to stick with your dreams, even if your own family members don’t believe in you." She observed that this can be difficult for both "children of affluence and children of great poverty. They have a parallel challenge — trying to find their own voice." While the child of affluence may be held back by what is "preordained in their family," the "child of poverty is trying to suss out a way to survive," she explained. To both she would offer, "Be confident, but not arrogant, and see it through. You just can’t start a career on the second floor. You have to build a foundation." Many students want to see quick results, Rowell said. "We live in a microwave age, but this work takes time." Perfecting ballet moves gave Rowell a solid foundation, she said. "It starts with a plié. That’s how it started for me."

When Rowell returns to New England for the Roxbury Film Festival, she plans to visit her first ballet teacher in New Hampshire, whom she hasn’t seen in more than 20 years. "Part of being a good artist — and a good person — is remembering your past and who helped you," she said.