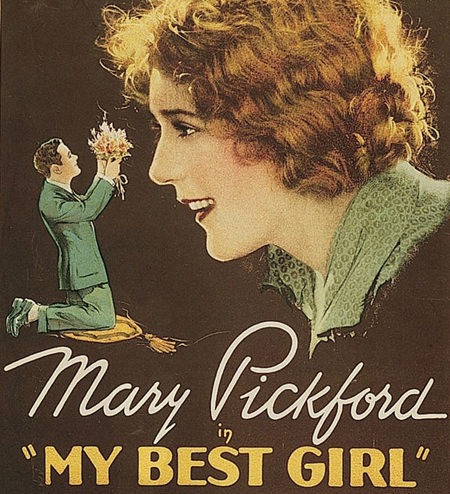 Four years ago, Northeast Historic Film (NHF) screened some classic silent films, ranging from the familiar to the forgotten. And every summer since, the gods and goddesses of the early days of film have reemerged at NHF’s historic Alamo Theatre, accompanied by live music.

This year NHF will present "The Affairs of Anatol," "My Best Girl," "Mollycoddle," The Immigrant" and "The Adventurer," (two Chaplin films joined by "The Freshman," to complete the Sunday afternoon tipple-short event), "Way Down East," and "It," (starring the ‘it-girl’ herself, Clara Bow), as well as a selection of rare short comedies from the collection of the Museum of Modern Art (MOMA).

The history of the festival is like that of NHF itself: what began by chance, a good idea born amidst another project, expanded into an incredible success. The first annual NHF Silent Film Festival began as collaboration between the organization, the Mary Pickford Foundation and "CBS Sunday Morning" during a period of particular interest in this famously independent and successful actress of the Silent Film Era. The television show was preparing a piece about Pickford, and NHF screened, for the first time in its history, a silent 1920’s feature with piano accompaniment to a packed and appreciative Maine audience.

Likewise, the story of NHF began in 1985, when co-founders, David Weiss (now NHF Executive Director) and Karan Sheldon collaborated on a preservation project at the University of Maine. Their task was to preserve "From Stump to Ship: A 1930 Logging Film." On this project, they discovered a need to find and preserve deteriorating, neglected film.

NHF considers it its mission to make such unique and important film accessible to the public. In addition to screening new and classic Hollywood and independent film at the Alamo, NHF also maintains an archive, presents other special events year round, and is engaged in various projects that make the organization an invaluable local resource.

Sheldon emphasizes her organization’s commitment to the preservation and accessibility of early film. NHF aims to collect, preserve, and showcase film and videos of interest to the people of northern New England, as well as offering an opportunity for Maine moviegoers to see works featured in the upcoming festival.

Among Sheldon’s specific projects towards NHF’s goals, is the database she maintains of all places in which film was ever shown in Maine, and an oral history project to collect memories of early movie-going experiences from New Englanders who remember the days of Chaplin comedies and epic D.W. Griffith films. NHF also plans to open a three-story cold storage vault, to be the only of its kind in the northeast. This facility, as well as NHF’s extensive acquisition and conservation activities, is all part of its broad and enthusiastic contributions to the local film community.

The Silent Film Festival indeed only appears to be a small part of the organization’s efforts to promote local interest in all aspects of film. NHF also assumes the roles of collector, distributor and educational resource. Among its collection are all surviving newsreel footage from Maine, and various other rare items of particular local significance. When asked about how NHF came across some of its acquisitions, Sheldon explained that the circumstances were often much more humble than the donation by private collectors scenario. More often, she explained, their films come to them straight out of the attics and barns of the people who made them. Their indiscriminate collecting style evidences their interest in the whole experience of film, their appreciation for all kinds of filmmaking and their mandate to make that work accessible. NHF makes their stock footage available to students and filmmakers, and serves as distributor to many local filmmakers.

However, NHF is not limited to serving the eclectic tastes of connoisseurs and artistes. The Alamo screens low-budget indies by local filmmakers and others, and Hollywood blockbusters, as well as the type of material one can expect to see this summer in "Star Qualities." Before every screening, NHF runs the ‘Archival Minute’ showing a bit of the rare and historical, even to the "Terminator 3" audience. They have found their audience receptive and enthusiastic to the glimpse back at the infancy of film the ‘Archival Minute’ provides, and this year’s Silent Film Festival will probably be as successful as ever.

The festival presents all features on 35mm and assures the high quality of the archival prints borrowed from the Library of Congress, Milestone, Film Preservation Associates, MOMA, and UCLA. All films will be accompanied, as in the 1910’s and ‘20s, with live piano performed by Philip Carli of MOMA and the National Film Theatre in London, except for "Way Down East." The 1920 D.W. Griffith feature starring Lilian Gish, will be accompanied by Clayton W. Smith and The Bon-Ton Salon Orchestra, Sunday evening, promising a spectacular finale for the festival.

The selection of comedies is another of the festival’s intriguing elements, and NHF’s inclusion of them is another archival happy ending.

"I selected a group of shorts all from 1920…These American shorts were part of a large treasure trove of slapstick comedy shorts rescued from the Czech Archive," says MOMA’s Anne Morra, of her selection of rare short comedies that NHF will screen during the festival. The shorts to be screened include: "The Gum Riot," "Should Husbands Dance," "Wild Women and Tamed Men," "Junk," all 1920.

NHF’s work in cultivating local interest in the importance early film is well represented by their curation of this year’s Silent Film Festival. The content of these films is as relevant to today’s audience as ever, and the quality of the film-going experience to be had promises to highlight the success of the preservation work of which NHF is both an active participant and a passionate advocate. Festival-goers can expect commentary of the same social issues of today’s filmmakers in the features of nearly 100 years ago: from Griffith’s investigation of American issues of class, to the stigmas and taboos which confront ‘it-girl’ Clara Bow in "It," to the familiar but still fresh and poignant antics of the ultimate early 20th century socio-political commentator, Charlie Chaplin.

This summer’s festival is sure to show silent film, as well as local activism and enthusiasm for the medium as a whole, at its very best.