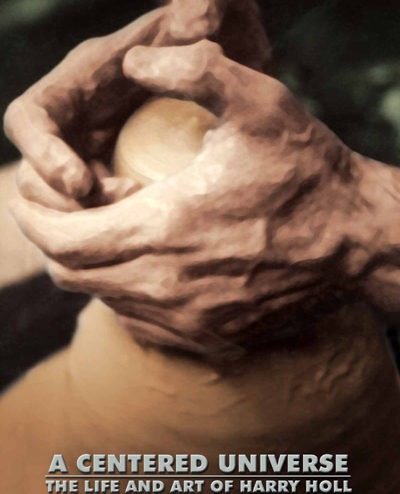 Share
A review of Kaylyn Thornal's documentary 'A Centered Universe,' airing on WGBH this month.

Documentaries these days tend to focus on anomalies, people whose charming and often grotesque peculiarities partly serve to remind us of how comfortably normal we are. But every once in a while, along comes a film about someone who, despite his or her flaws, functions as a role model, shows us a possible approach to our own lives. Such is the case with director Kaylyn Thornal’s documentary "A Centered Universe" about 80-year-old potter, sculptor, painter, and founder of the Cape Museum of Fine Arts — Harry Holl. Holl has learned to live a life without compromise, placing art above everything else. It’s not a path without personal sacrifice, but its artistic rewards are clear.

Using interviews of Holl, his family, and his disciples, the film tells of Holl’s humble beginnings in the Bronx, where he was surprised to receive a scholarship to the LaGuardia High School for Music and Arts, to his achievements in sculpture at the Beaux Arts Institute of Design, to his experiences painting Air Force buddies’ jackets and defusing bombs in World War II.

The war gave Holl a sense of responsibility. After all, he got his life back and others didn’t — he couldn’t waste it. He had to accomplish something. He soon found himself sculpting again, this time at Black Mountain College in North Carolina, where he met his wife Mirande. After moving to the West Coast, he made his first attempts at pottery, under the tutelage of visiting Japanese potter Shoji Himata. Himata was a Zen Buddhist who thought that pottery was not just an occupation — it was a way of life, a center from which you draw all your identity and strength.

Life seemed good for Harry, especially after the family’s move to Cape Cod, where he opened a pottery shop off Route 6A. He worked on his pottery all day, sold many pieces each summer, and became the perfect father to his four daughters. But the illusion crumbled. It took a suicide attempt and a divorce for Harry to realize he hadn’t fully realized the center Himata had talked about. His wife, his children, his job — all these, he decided, should only be spokes on the wheel, his influences and support, but not the hub. Pottery had to be the hub. So he became a potter, and only a potter. He worked for 30 years without a day off. He became the crazy old artist who lived on the hill and had a rotating cast of young girlfriends, none of whom ever meant more to him that his work, none of whom ever became a permanent fixture.

It seems fitting, then, that his own children refer to him as Harry, not Dad. He’s not a dad — he’s an artist, a potter. He’s a self-centered man, isolated in his own self-contained world, from which he rarely leaves. His family and friends always have to come to him; he never goes to them. And yet he seems so open, so willing to share what he’s learned. He seems to exist in a state of harmonious detachment from others, able to care for them and feel their presence at a distance, without clinging or controlling. Just as he made pottery the hub of his life, he himself has become the hub of a vibrant artistic community, a gathering of potters who flock to his secluded workshop and lose themselves in their art.

Some might see the tale of Holl’s life as a tragedy, one of lonely isolation, of the incapacity to connect with others. But anyone who has felt that artistic pull, who has given him- or herself over to the act of creation, no matter how trivial — only to become irritated by the distractions of everyday life — can understand Holl’s decisions. "A Centered Universe" is truly inspirational, an absolute must-see for or anyone pursuing or considering the pursuit of art — and for the family and friends close to them. "A Centered Universe" was the winner of the Audience Award Best Documentary at the 11th Woods Hole Film Festival, an Official Selection of the Provincetown International Film Festival, and an Opening Night Selection of the F4 Film Festival. It airs Tuesday July 15, 10PM, on WGBH/PBS Boston.