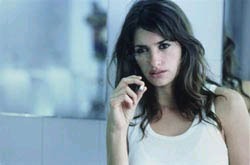 The crew on hand Sunday, May 4, at Boston’s North End firehouse on Hanover Street had some unexpected guests — Rob Reiner, Kate Hudson, and Luke Wilson. The trio were in town shooting scenes from the upcoming "Alex and Emma," wrapping six shots in one day in Boston’s North End, Public Garden, and Copley Square. The film tells of a writer (Wilson) who must write a novel in 30 days or meet a grisly fate at the hands of loan sharks. To expedite the process, he hires Emma (Hudson) as a stenographer. The romantic comedy is based (very loosely based, I would wager) on the short Dostoevsky novel "The Gambler."

Writer/director David Mamet plans to be in the Boston area in June shooting scenes from his current project, "Spartan." Starring Val Kilmer, the film follows detectives as they investigate the kidnapping of the president’s daughter.

Several New England states are vying for the upcoming feature film based on the Lemony Snicket children’s books, "A Series of Unfortunate Events." Brad Silberling ("Moonlight Mile") will direct, and Jim Carrey is slated to star.

The Vermont Film Commission reports that the Discovery Channel will be filming in early June for a piece on "Champ," the Loch Ness Monster of Lake Champlain. In addition, "Right of Meridian," an independent feature film produced by Coppermine Films, will be shot in and around Montpelier for six weeks starting in mid-June.

CBS and the History Channel will be in Dartmouth, New Hampshire in early June, working on segment of "Forensic Files," the television program that shows how crimes and diseases can be solved through forensics. The topic at hand is the brutal, "thrill-kill" murders of Dartmouth professors Half and Suzanne Zantop.

The History Channel will also be filming documentary footage in Laconia, NH, for a piece on town’s annual Biker Week, June 7-15. The film follows two Californians trekking across the country to enter their customized Harley Davidsons in the competition.

Speed Vision, in partnership with Audi, will be interviewing racecar drivers at the New Hampshire International Speedway and will shoot footage of an Audi driving up the Mt. Washington Auto Road. Word is not yet in on whether the car will sport a "This Car Climbed Mt. Washington" bumper sticker, but you can be sure the footage will have some spectacular views.

Three short films starring stand-up comic Bob Marley (not to be confused with the deceased reggae giant) will be shot in the Bangor, Maine, area, probably in June. The films are produced and directed by Quinn Collins.

Filming has been completed on indie filmmaker Garth Donovan’s upcoming feature film (working title, "Samantha") about a young female hockey player who must learn to live with the decisions she has made in her life after quitting her college hockey team, dropping out of school, and leaving home. When she finds herself pregnant, she must reconcile her differences with her mother. The film was shot in various locations in Massachusetts, including the director’s parent’s home in Needham, Wellesley High School, Glover Hospital, and the hockey rink of the New England Sports Center in Marlborough.

Why shoot your film only on Sunday? Writer/director Joe Gatto and director of photography Tony Flanagan shoot at the Sam Adams brewery in Jamaica Plain, MA, one day a week. The film, about working in a bar, has been described as "Cheers" meets "Clerks." The brewery, closed on Sundays, houses the bar where the action takes place.

Not all struggles have a happy ending. The Maine Film Office worked day-in, day-out to coax the film "Rose and the Snake" away from Prince Edward Island, after producers got the willies over the SARS scare. After a beautiful coastal Maine location was found and all permits were in order, the film’s construction coordinator decided that the new site was a no-go, due to time constraints. The film moved back to the original PEI location.

HBO will be conducting a series of interviews in early June in Concord, NH for an upcoming documentary. Producers are keeping a low profile and won’t divulge the focus of the piece, but they apparently are looking for a location with a nice view of the state capita in the background. Something political, perhaps? Secrecy also surrounds a WNET/Wall-to-Wall (of London) production to be shot in the down-east area of Maine.

Deadline for the New England Screenwriting Competition is July 1. See www.rathlaw.com/nhfx/nhfx_home.htm for details.

Deadlines for upcoming Roy W. Dean Film and Video Grants (www.fromtheheartproductions.com/grantmain.html) include those for an LA Film Grant and an LA Video Grant (July 30 — anyone can apply, but you have to go to LA to reap the benefits) and a Writer/Researcher Grant (August 30 — write and research from a secluded cottage in New Zealand).

Festivals and special events this month include: