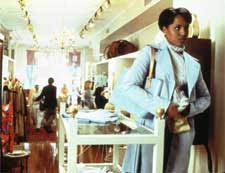 Share
The Sundance Institute offers unique and intensive programs in their Screenwriters, Directors, and Filmmakers Labs.

To each screenwriter who knows how difficult it is to develop their script into a flawless work, the Sundance Institute Screenwriter’s Lab just might be a dream come true. How does an all expense paid week in Utah with some of the best writers and directors sound? This program is a unique and intense process that guarantees a commitment from Sundance to make the movie.

Along with the Screenwriters Lab, the Institute also runs a Directors Lab and a Filmmakers Lab. By submitting your application, your script will be considered for all three. The experience and contacts gained through the Labs have led many filmmakers toward successful career paths over the years. Many of the films made have aired on HBO and Showtime and have been distributed by big names including Paramount and Miramax. The Labs have supported over 100 films in the last 20 years. Examples of the filmmakers and films the Labs have invited in the past include David Gordon "Green’s," "All The Real Girls," Darren Aronofsky’s "Requiem For a Dream," Brad Kaaya’s "O, Kimberly" Pierce’s "Boys Don’t Cry," and Quentin Tarantino’s "Reservoir Dogs."

The Screenwriters Lab takes place twice each year, once in January and once in June. Ten to 12 artists are chosen to participate in this week-long rigorous process. Once chosen, you have an opportunity to sit with different "creative advisors" and work one-on-one with them. Since they have already read your script, they are prepared to give useful criticism and insightful changes. Some of the creative advisors that have helped these emerging artists in the past have included Frank Pierson, Charles Fuller, Walter Bernstien, and Allison Anders. If you are lucky enough to be able to achieve admission into this program you will be given long-term support from any of your creative advisors, even if it is for an entirely new script.

DeMane Davis, who was accepted into the Lab for her second film "Lift," calls the program "a pretty amazing experience." She described it as a very intimate set up in which you have an opportunity to set up meetings with any one of the creative advisors.

"The creative advisors meet with about six or seven screenwriters and sit with you for four hours," Davis says. "You talk about what they need, what you need, what’s missing, and what changes you should make." Although you have meetings that are previously set up, because there is one store and one bar, you can talk with and set up meetings with anyone you want. Everyone there has read your script and has feedback for you, therefore it completely caters to each attendee. "It’s a one of a kind program," says Davis.

Of her own film, Davis says it would have been a different movie had she not attended the Lab. "Lift," features a young woman who becomes a professional shoplifter to sate her mother’s materialistic approval and the way her relationship changes. "Before going to the Lab I would have called it about a booster, it didn’t have the depth it does now. I would sit with my creative advisor and they would ask, why is your character doing that, and at times I didn’t know myself and really had to go back and look into my script. The best advice I got that I can remember today was ‘let it rise to the top.’ That’s what my film needed, for it to all come together by itself," says Davis.

Davis also participated in the Directors Lab and by the end of her stay she had about 80 pages of notes combined from each Lab. While filming her movie she would carry her notes with her to refer to for a refresher. She still looks back to her notes today, even while working on a new script.

There is no way to apply specifically for one Lab. Acceptance into one of the Labs requires that you undergo a lengthy selection process. You send in an application, a cover letter, resume, and only the first five pages of your script. From there you will be considered for any one of the Labs. Through a tough selection process, the Sundance staff will review your application. They will decide which films should be considered for each Lab. Then they will recommend a few groups of projects to be looked at by a Selection Committee. If you make it to the second round, you will be asked to send in the rest of your script. At this point, the committee, made up of writers, directors, and independent producers. will work with the Sundance staff and decide who will be asked to take part in each of the Labs. Sundance selects 15-20 projects a year, and selection is based on passion for the material. Even if you have had no contact with the program or the film industry in the past, you are encouraged to submit your project.

Whether you are on your first draft of your script or your 30th, why not take the chance and apply? It’s a one of kind opportunity to make a perfect script and watch it develop onto the big screen.