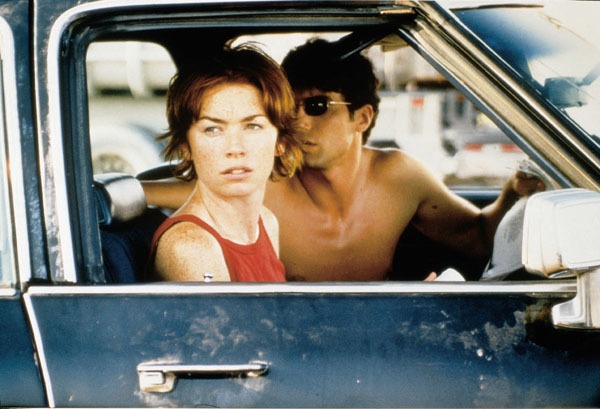 From Documentary to Drama

Share
Filmmaker Hilary Birmingham talks about making the switch from documentary filmmaking with her debut feature film 'Tully,' which screens at the Brattle Theatre this month.

The wheat fields of Nebraska are a far cry from the Boston suburbs where director Hilary Birmingham grew up. Yet despite its unfamiliarity, the Midwestern location of her debut film, "Tully," was an attraction for Birmingham. "There has been a trend toward really edgy urban films that seem to look at such a small piece of the world," she explains. Indeed, in both its rural setting and its slow, laconic style, "Tully" recalls an earlier era of American filmmaking, bringing to mind films like "Hud" and "Badlands," both of which Birmingham admires. "In ‘Tully,’ the natural world becomes a character in the story, because it is connected to these people’s lives in a way that the external environment in the city is not."

Yet while the film’s pastoral landscape stands in stark contrast to that of most contemporary films, the coming-of-age story it relates transcends the particulars of time and place. When Birmingham first read Tom McNeal’s short story, "What Happened to Tully?" in 1992, she loved it so much that she carried around photocopies of it to give to people.

"Something about the relationships felt very real and essential to me. Growing up, you get to a certain point where all your experiences and training up to that point don’t really apply, they can’t help get you to where you need to go. The main character in the story comes up against a lot of discoveries that make him reevaluate his assumptions about other people and about what sort of a person he wants to be. Something about that really hit home." At the time, Birmingham, who has a Masters in English Literature from Georgetown University, had just begun working for Barbara Kopple’s documentary production company in New York. Struck by the cinematic potential of "Tully," Birmingham tucked the idea away for future reference.

Five years later, living in Budapest and working for an Internet company, Birmingham met Matt Drake, a screenwriter, who reminded her of McNeal’s story. They decided to work together, with Birmingham producing and Drake writing the screenplay. After Birmingham returned to New York, Drake would send her drafts for comment but the system was far from ideal.

"Trying to work with a writer over the phone is incredibly difficult. Ultimately, I started writing too and he would make comments and that’s how we ended up writing the script together." Another major obstacle Birmingham and Drake faced was figuring out how to transform a 15-page story into a script for a feature-length film. "There’s hardly any dialogue in McNeal’s story — we had to do a lot of fleshing out." Yet when it came to the story’s chronology, Birmingham and Drake had the opposite problem. "We had to make some major changes that would satisfy our need to stay true to the arc of the story while having events take place over the course of one summer as opposed to over a couple of years."

Two very different love triangles form the core of the film. One concerns the relationship between the Coates brothers, Tully and Earl, and their reclusive father, who remains emotionally removed from his sons even as they work side by side on the family’s dairy farm. With their mother having left the farm years earlier, Tully becomes determined to avoid his father’s lonely fate; as both the town heartthrob and heartbreaker, he has his share of affairs but never risks romance. Earl’s best friend Ella is the lynchpin of the film’s other triangle. Home from her veterinary studies for the summer, Ella sees through Tully’s womanizing ways, allowing a friendship and attraction to grow between them.

"I was especially drawn to the relationship between Ella and Tully," Birmingham says. "Here is a girl who operates on her own terms, who is strong enough to take on somebody like Tully who isn’t used to connecting with people in a meaningful way. She’s not sucked into his web." The story’s climax comes with Tully’s discovery of a long-buried family secret that forces Tully to confront his father and ultimately, to exorcise those ghosts of the past that have pushed them apart.

Somewhere in the course of raising the funds for the film’s under $1 million budget, Birmingham made the decision to try her hand at directing. But considering that the majority of her film experience was in documentary, Birmingham was understandably nervous about working with actors.

"I didn’t have a vocabulary to use with them. It’s very difficult to find a way to articulate how you want someone to demonstrate a certain emotion or reaction," she says. As a means of building her vocabulary, Birmingham took a number of workshops on working with actors and also devoted over a week and a half to rehearsals. "Most films have no rehearsal time at all, which is crazy, when you think that every day of filming you’re burning through huge amounts of money."

A few of the actors arrived on location in Nebraska well in advance of production in order to spend time working on farms and getting a feel for their characters’ milieu. Their real life experiences then provided the foundation for the improvisation exercises that Birmingham used in rehearsal as a means of establishing the connections between the characters. Birmingham also credits the rather isolated Nebraskan setting for helping to draw the cast together in a productive way.

But while her documentary training compounded her first-time director jitters, Birmingham is also aware of the way in which it contributed to the film’s distinctive aesthetic. "Because of my background in cinema vérité, I was used to following someone’s life and allowing that life to mold into a story. It helped me to trust that watching people’s lives was interesting in and of itself, without the need for bells and whistles."

More generally, Birmingham credits her background in documentary with making her a more innovative filmmaker. "In documentary, your resources are so small that you have to be constantly rethinking what you’re doing." The editing process was also eye-opening for Birmingham. "There were certain things that I felt needed to be established in the screenplay that immediately seemed superfluous on screen."

When "Tully" debuted at the 2000 Toronto Film Festival, it garnered rave reviews and secured U.S. distribution. However, this first-time filmmaker’s dream quickly turned into every filmmaker’s nightmare. One of the two companies that were partnering in the film’s distribution went bankrupt and "Tully" was frozen as part of the company’s assets. Birmingham had yet to receive any form of payment from either company and found herself faced with skyrocketing legal fees.

"I’ve never been in a situation where I felt so little control over something. What really shocked me was how bald-faced these people had been in their ability to mislead us." After a year of negotiations, she succeeded in getting the rights back, at which point she started looking around for another distributor. The film was finally released in New York and Los Angeles last November and is slowly unspooling throughout the country.

As far as Birmingham’s future plans are concerned, she doesn’t envision a return to documentary any time soon. "It’s so hard to get money for documentaries — I just don’t want to deal with that." Instead, she is working with a cousin on the screenplay for a dark comedy that she would also direct, in addition to working on an original screenplay of her own. Having recently made a rather reluctant move to Los Angeles, Birmingham is still feeling a little discombobulated. "I just can’t wait to have a desk and get to work."