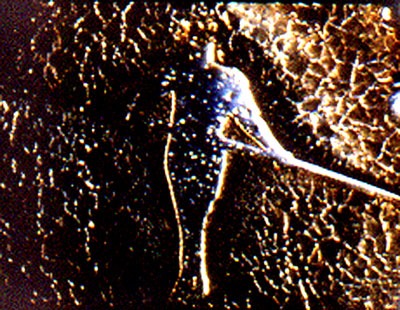 A Profile of Creative Capital

Somewhere between Hollywood and the typical grant organizations lies a new concept that helps filmmakers to realize their visions — Creative Capital.

It is a rare thing for an unalloyed vision to persist in today’s studio system; while many grant organizations offer only a handful of grants that are not buttressed by the structure of the business of filmmaking. Enter Creative Capital, which seeks to combine a business and practical model of filmmaking with the artistic integrity of its beneficiaries.

Founded in 1999, Creative Capital’s stated mission is “a national experiment to create a place friendly to and supportive of artists. The long-term plan of Creative Capital is to raise $40 million over 20 years for this purpose.” In short — it’s a little more than the NEA can offer and less intrusive than a studio head. A recently released statement from Creative Capital declares that since the Fund’s inception “it has committed more than $2,700,000 to 158 artists’ projects. In 2002 alone, 40 new projects received commitments totaling $601,000.”

Creative Capital expects much from its grant recipients and promises a great deal in return. The company prospectus states, “In return for Creative Capital’s financial and managerial support, artists selected will share a portion of the proceeds generated by their projects with Creative Capital’s Fund. These proceeds, used to replenish the Fund, will enable Creative Capital, in turn, to support more artists in the future.” No gross receipt pay outs to stars and executives here — a la Hollywood — with little leftover at the back end for producers and investors. Creative Capital also seeks to enrich its ties to the artistic community: award winners are expected to work with future grant recipients, to teach at seminars and retreats, and to contribute to a quarterly publication. If all goes well the network will grow exponentially and the coffers will swell — everyone will profit.

Based in New York, the Fund hopes to support more than 100 projects at a time. The Fund’s director of communications, Athena Robles, says, “We’re working hard to encourage filmmakers in all regions to apply for grants, New England especially. We’ve had recipients from Rhode Island and Cambridge and anticipate many more.” Robles also notes the Fund’s numerous success stories and growing reputation. She draws specific attention to this year’s Sundance Film Festival where several Creative Capital grant winners and associates made strong showings.

“Works by five grantees are among the 125 feature-length documentary and dramatic films and 90 shorts [in Sundance]… In addition, two grantees were selected to participate in the Screenwriters Lab, a five-day workshop that runs annually in January. And finally, Ruby Lerner, president of Creative Capital, was a judge for the Short Film Competition.” The Sundance Film Festival is one of the leading and most recognized names in the festival world, and any work shown or considered under its auspices is sure to garner significant attention.

Creative Capital’s grants range from $5,000 to $25,000 and encompass not only film and video projects, but also emerging and experimental visual arts as well as performance arts. “Preference will be given to artists pursuing in their proposed projects innovative, experimental, and risk-taking approaches to form and/or content,” according to the prospectus. In other words, these will not be your parents’ movies (that is, mainstream fare), and the majority of the filmmakers selected since the program’s inception have been avant-garde and independent minded artists.

Paul Solomon, a teacher of film at the University of Colorado, is one such artist supported by Creative Capital. His feature film, “Night of the Meek,” received a $5,000 grant from Creative Capital. The movie is an interpretation of the European-Jewish legend of the Golem, which Solomon defines as a “moving painting, a uniquely treated experimental film with a photochemically charged, dynamic surface.”

Solomon speaks enthusiastically about his relationship with Creative Capital. “I cannot say enough good things about Creative Capital, which has now joined the Guggenheim Fellowship as the most beneficent and wonderful grant organization to assist artists in this country,” says Solomon. “Creative Capital has appeared as the secret friend that all artists dream of — some money to do your work, a chance to ask for more money and supplemental funds, faith in the artist’s project and ambitions, no strings attached, and a co-operative spirit of giving back to the pool.” Solomon has continued his relationship with Creative Capital, receiving further grants for a series of short films. The second in this series, titled “Walking Distance,” premiered at the New York Film Festival and won the Juror’s Award (First Prize) at the Black Maria Film Festival.

Creative Capital selects its grantees annually, and its panel of judges rotates each year. Judges are drawn from a wide swath of media and have extensive backgrounds in their field as well as impressive track records in film and television production and other artistic ventures.

Creative Capital has concluded funding for the year 2003. Though the deadline for next year’s grants has not been set, it is expected to be late in 2003 or early in 2004. Prospective grant recipients are encouraged to call or visit the website to learn about the procedure for project submission.

In just a matter of weeks Creative Capital will be revamping their Web site, which will include an online page where entire short films, both animated and live, can be viewed. Visitors will also be able to download real-time videos of interviews with key personnel and grant recipients.

More information on Creative Capital can be found at www.creative-capital.org.

More information on Creative Capital can be found at www.creative-capital.org.