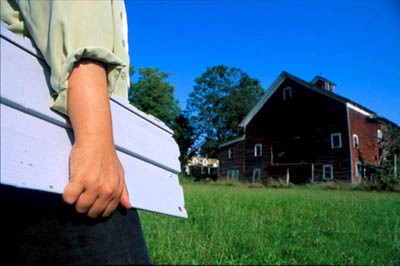 Dream to Screen | How To's | Television

A Ride on the Other Side

Share
Learn about submitting your indie documentary to HBO's anthology series America Undercover and Cinemax's Reel Life in this segment of NewEnglandFilm.com’s 'Dream to Screen' series.

"Welcome to the Other Side."  This is the tagline for HBO’s America Undercover (AU), probably the premiere broadcast venue for out of the ordinary documentaries that dare to probe deeply into all corners of American life. Along with sister network Cinemax’s Reel Life, America Undercover offers a wide range of stories, characters, and voices that might not normally reach a mainstream audience.  For those who dare to come over, the other side proves to be edgy, thoughtful, provocative, and challenging.

"America Undercover is the brand name for all HBO documentaries," says Lana Iny, Director of Program Publicity. The series offers a monthly rotating schedule of documentaries, as well as a weekly series, "America Undercover Sundays," that airs after HBO’s Sunday night original programming, AU started 20 years ago as the brainchild of Sheila Nevins, the current Executive Vice President of Original Programming.  A champion of documentaries, Nevins felt there was a need for certain stories to be told on television.  "She made sure there was a place for documentaries in the HBO world, that true stories and people were celebrated," says Lisa Heller, Vice President of Original Programming for Documentaries.

But these are not your typical nature films or talking head documentaries. In fact, according to Heller, "there is no typical [AU] film."  True to its "Other Side" tagline, AU documentaries are not afraid to get inside places out of reach of the average American person, whether that’s inside the mind of a sociopath/criminal ("Cannibal: The Real Hannibal Lecters), an investigation into methamphetamine use in rural Midwest America ("Crank: Made in America"), the political machinations of a presidential campaign ("Journeys with George), or the inner workings of a brothel ("The Cathouse").

AU films depict "general life in America unraveling before one’s eyes with the best independent filmmakers capturing the story as it unfolds," according to Heller.  As such, many are shot in a vérité "as it happens" style, so that the viewer will really get a sense of the characters’ experiences and emotional journey.  HBO has the luxury to be able to spend time with a subject, allowing the story to develop naturally, so that when those significant moments do occur, the filmmaker is there to capture them.

When choosing films or developing ideas, HBO has many criteria, but it primarily looks for unique access and insights into untold stories around America, stories that probably wouldn’t be shown elsewhere. The documentaries may tend towards the provocative or even the controversial, but above all, they are films that "resonate beyond their broadcast, days and months after you see it," says Heller.  "Provocative is a word that characterizes our work, which is consistent with most HBO programming, but it’s also about strong storytelling, character, and a compelling drama that engages the audience in a more meaningful television experience."

According to a now famous quote by Nevins, HBO documentaries range in scope from "the profound to the profane."  Although this may be a conscious attempt to pull viewers who tune in for the more "profane" fare, like "Taxicab Confessions," towards the more "profund" films, like Oliver Stone’s "Commandante," the wide range more likely reflects the diverse tastes of the HBO audience.  So while AU continues running the popular series, "Real Sex" and "Taxicab Confessions," it also offers socially relevant and public service-oriented films, such as the current "Unchained Memories: Readings from the Slave Narratives," and the upcoming "Pandemic," a five-part series by Rory Kennedy about the global AIDS problem, airing in April.

The latter two films "represent the second tier of HBO documentaries," according to Lisa Heller.  These films address sociological and historical issues and are usually larger and longer projects than the standard AU fare.  With more of an educational component, they are intended to have an extended shelf life and scope beyond the living room and into schools and community outreach programs.  In all, HBO and Cinemax documentaries have won 17 George Foster Peabody awards, 47 Emmys, and 12 Academy Awards.  This year, "The Collector of Bedford Street," which will air on Cinemax in April, was nominated for an Oscar for best documentary short.

AU boasts an impressive roster of documentary filmmakers, including Spike Lee, Oliver Stone, Albert Maysles, and Barbara Kopple, but it also eagerly works with up-and-coming filmmakers who have a powerful story and a unique way of telling it.  "Everybody has a camera now and that affords more intimate access, so you never know who’s going to capture that great moment," says Heller.  "We work with many emerging filmmakers."  About 50 percent of last month’s slate of films came from such filmmakers, and AU is always encouraging more voices to come forward.

HBO finds its documentaries several ways.  One is through scouting festivals, such as Sundance and South By Southwest.  They also will commission work.  If someone in programming reads an article that they think will make an interesting documentary, they will approach a director they feel fits the material.  Lastly, AU welcomes direct submissions at nearly any stage of the film process, from a written treatment, to rough footage, to completed films. The primary criterion is that the story be compelling and offer access to a unique viewpoint.  Sometimes, if a film is not yet finished, HBO will provide completion resources and editorial input if they feel strongly enough about the importance of the subject matter and the impact it will have.

In addition to AU, HBO’s sister network, Cinemax, has its own anthology series.  Reel Life has been on the air since 1995, and while AU focuses primarily on American stories told in an unfolding vérité style, Reel Life has "more international perspective and subjects," says Iny.  "They are art house jewels."

Reel Life celebrates the independent filmmaking spirit and the passion that fuels it.  As such, its films tend to be much more diverse in terms of style and subject matter.  A new documentary premieres every month, and filmmakers from around the globe offer up "windows into worlds we’re not normally privy to," says Heller.  Past films include Jessica Yu’s 1996 Oscar winning "Breathing Lessons," and "Questioning Faith," told from the perspective of a gay seminarian.  Current and upcoming films include "Welcome to North Korea," and  "The Day I’ll Never Forget," about female circumcision in Kenya.

With over 1000 submissions every year, and a department of only five or six, the selection process can be long and difficult, so Heller cautions filmmakers to be patient.  "Unfortunately, we have limited time slots for an enormous amount of submissions, so we have to turn down a lot of good material, and that’s heartbreaking."  Despite the heavy competition, Heller’s advice for filmmakers is to go for it.  "It can’t hurt.  If you have strong material on tape, even if it’s not broadcast quality, send it in.  If you have special access to someone or a story, let us know."

For 20 years, HBO has been giving all of us special access to the many facets of American life. In the end, what we ask of documentaries is for them to take us places where we do not expect to go, to let us discover the diverse sides of human experience.  As the foremost champion of independent documentaries, America Undercover promises to keep exploring these other sides.