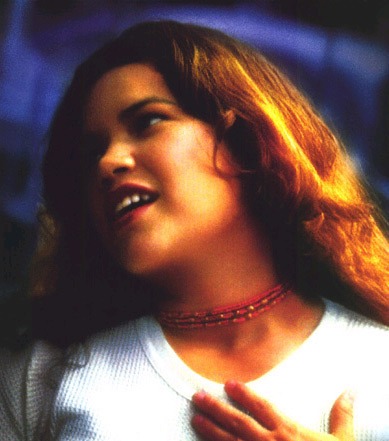 Share
Conference for film archivists, new festivals take root in RI, and more... A report of news & events in the local industry for November 2002.

The 14th annual Boston Jewish Film Festival will take place November 7-17, 2002 at various venues in and around Boston. Founded in 1989, the festival has grown from 10 screenings to more than 30. The 2002 festival will screen 43 films from 14 different countries including North American, U.S., and Boston premieres. For more information, visit www.bjff.org or email info@bjff.org.

The Northampton Independent Film Festival runs November 6-10, 2002. This year the festival will double in size — the number of venues will increase and over 8,000 people are expected to attend. As always, the festival will introduce and showcase the work of New England filmmakers. Visit www.northamptonfilmfestival.com for more information.

The 4th annual EROS (Encouraging Respect of Sexualities) Pride Film Festival will be held November 6-9, 2002 at Cinestudio, Trinity College in Hartford, CT. The festival is presented in conjunction with Trinity College’s Gay-Straight Alliance. For a schedule of films and further details please see www.ctglff.org.

The Wellesley College Art Department and the Davis Museum and Cultural Center will present the North African Women’s Film Festival November 6-10, 2002. The festival will present six programs of four features, seven short films from Egypt, Algeria, Morocco, and Tunisia, as well as host two roundtable discussions with the festival guests. For more information about the festival please visit www.nawff.com or email nafilmfest@yahoo.com.

The 12th annual Association of Moving Images Archivists Conference (AMIA) will take place November 18-23, 2002 at the Park Plaza Hotel in Boston, MA. AMIA is a non-profit professional association established to advance the field of moving image archiving. The conference is expected to draw over 600 attendees. For more information please visit www.amianet.org.

"Daughter from Danang," winner of the Grand Jury Prize for Best Documentary at the 2002 Sundance Film Festival, will open at the Coolidge Corner Theater on November 8, 2002. Directed by Gail Dolgin and Vicente Franco, the film tells the story an orphan that was brought to the United States as part of "Operation Babylift" during the end of the Vietnam War. For more details visit www.coolidge.org or call 617-734-2501.

The Boston International Festival of Women’s Cinema, slated for April 10-13, 2003, was awarded a grant from the Festival Grants Program of the Academy of Motion Picture Arts and Sciences. The annual event is highly regarded nationally as a leading showcase featuring Boston-area premieres and "sneak previews" of art film releases, independent features, documentaries, and short films by prominent and emerging women filmmakers.  In celebration, the festival will present a special sneak preview screening of "Real Women Have Curves" on Wednesday, November 6 at 7:30 pm at the Coolidge Corner Theatre. Inspired by co-writer Josefina Lopez’s personal experiences, the film examines the struggle of a young Latina as she attempts to strike a balance between her mainstream ambitions and her more traditional cultural heritage.

Spurred by a newly created Friends of the Columbus Theatre committee, an offshoot of the Rhode Island International Film Festival, the historic Columbus Theatre in Providence, RI will begin special monthly programming geared for all members of the family and the community. On November 1, the celebration will officially begin with the Rhode Island Premiere of Gabriele Muccino’s acclaimed Italian film, "The Last Kiss (L’ ultimo bacio)", winner of the Audience Award at this year’s Sundance Film Festival.  The film will begin at 7:00 p.m. and be preceded by a welcoming reception at 5:30 p.m. Reception seating is limited and should be purchased in advance by calling 401-861-4445 or on-line at www.virtuous.com. General admission tickets for the Opening Gala Film Premiere can be purchased at the door as well one half hour prior to showtime.

The Past Forward film and music series will host an evening with renowned British animator David Anderson at the Oni Gallery on Saturday, November 9, 8 pm.  As always, each evening is rounded out by a live musical performance, free beverages and home-baked goodies. Oni Gallery is located at 684 Washington St, 4th Floor, between Kneeland & Beach Streets in Boston’s Chinatown, 617-542-6983, www.onigallery.org. $10 suggested donation.  No advance tickets. Doors open 30 minutes before showtime.

The Boston Festival of Films from Iran, will run November 1-30, 2002. The screenings are held at the Museum of Fine Arts, Boston and are co-presented and sponsored by the ILEX Foundation. This year 16 films from Iran will be shown. Visit www.mfa.org for more information about the films and screening times.