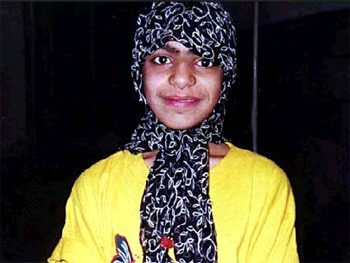 Share
A review of the film 'Runaway' screening at this month's Vermont International Film Festival.

Contending with the rising number of girls fleeing their strict or abusive family lives, Iran has in recent years set up a network of municipal shelters for runaway girls.  Screening at this month’s Vermont International Film Festival, the British documentary "Runaway," directed by Kim Longinotto and Ziba Mir Hosseini ("Divorce Iranian Style"),  glimpses inside one of these shelters and the lives of the girls who seek refuge there.

Their stories run the gamut from horror stories of a drug-addicted father prostituting his teenage daughter to the less dramatic slow misery of girls shut inside the house all day, denied the right to socialize with friends. "I told my neighbors my sister was missing, and they said ‘What sister?’ They had never even seen her," says one distraught brother.

Ironically, he means this as a positive statement, as proof that his family does not mistreat her. Being kept away from all eyes outside immediate family, being invisible is proper behavior for women in this society. The social workers who staff the shelter walk a fine line as they try to determine the girls who are telling the truth or merely trying to escape a strict family life. What is left unspoken in the film, however, is whether the normal everyday restrictions on an Iranian girl are themselves abusive. The film — with no voiceover narration and no on-camera questioning — broaches the topic gently with an unobtrusive style that makes no judgments.

"Sometimes I lose control. It’s my nerves. No one knows what’s wrong with me," says one teenage girl. We first meet her in the film’s opening sequence, crying, splashing water on her face, and being consoled by a social worker who says "Don’t you want to go back?"  She doesn’t. "I want to live apart from them for awhile," she says. They don’t let her leave the house, they tell her what to wear and what to eat. She has run away 20 to 30 times, she says, but can’t articulate why. "You won’t solve anything by running away," says the social worker. "Where would you go? What’s the alternative?" Indeed, no alternative is presented for these girls — either they are reunited with their families or they stay at the shelter, but only if it is determined that their households are unacceptably abusive.

It’s what the film does not say that has a particularly haunting effect.   The shelter staff and the girls themselves are unable to articulate that it may be the society itself and its restrictions on women that is the real problem. "I don’t know why I keep running away," the girl says, adding that she’s seen many psychiatrists and none can determine what’s wrong with her.

Beginning the film with the story of this girl, rather than with the later stories of girls who have been beaten or raped, is one way "Runaway" subtly foregrounds the problem of severe restrictions on the lives of women in Iran and many other Middle-Eastern societies. The only abuse suffered by this teenage girl is that suffered by every "normal" teenage girl in this society, yet it’s not even recognized as abuse. Her tears and her frustration are met not with sympathy, but with the harsh reality that this is simply the way life for girls. She has no recourse.

This is the film’s genius, its subtle hand and its confidence that the story’s subjects will reveal themselves to the viewer without the overt manipulation of the filmmakers. We need no commentator to tell us that these girls suffer, no on-screen interviewer to attack the shelter’s staff or the society that has created this situation. In the tradition of Fred Wiseman, "Runaway" lets the images and the stories they tell speak for themselves.