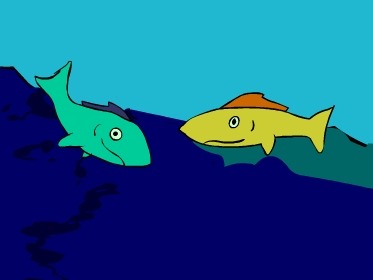 Share
This month’s Dream to Screen series provides advice on getting your project on the Independent Film Channel.

Unless you’re the descendant of a big-time director, securing television exposure for your independent film can feel like a frustrating series of roadblocks. Getting the right person at the right outlet to screen your tape is an exercise in polite pushiness, and even if that person loves your film, there’s always a selection committee with veto power waiting in the wings. It takes persistence — and knowledge of how the submission process works — to get your film past the first step and onto viewers’ screens.

The Independent Film Channel (IFC) can be a valuable ally for the independent filmmaker; it really is possible to get your film aired on IFC through an unsolicited submission. IFC has dedicated a great deal of resources to searching out original independent projects, and has created IFC Productions (for films) and DV Theater (for video projects), two strands of the enterprise that are entirely devoted to the work of indie filmmakers. Connections still rule, even in IFC’s smaller market, but abundant opportunity exists for a distinctive film to succeed. In a recent telephone interview, Kelly DeVine, who works in Film Acquisitions for IFC, offered some valuable pointers for those who aspire to see their work on IFC.

It’s a major long shot to send an unsolicited finished feature-length film or video to IFC. When searching out features, "IFC does not buy a great deal of titles from the filmmakers themselves," DeVine says. Most of the features purchased by IFC come through distributors, and more specifically through "micro-distributors" that handle independent projects. Sending a short film, though, is an excellent entry point, and gives the acquisitions staff a chance to get a taste of your style and approach. Most of the short films DeVine licenses on behalf of IFC are negotiated directly with the filmmaker. IFC recognizes lots of "up-and-coming talent" through short film submissions, which can lead the channel to seek to other projects from a filmmaker.

Because IFC and its competitor, the Sundance Channel, are the largest markets for short films in the U.S., the variety and volume of short films they are able to showcase is larger than other outlets. This is good news for filmmakers of short projects, who may find a shortage of appropriate ways to submit work, especially for television. "Filmmakers should feel more relaxed about submitting short films to IFC, because there isn’t the kind of network for short films that there is for features," says DeVine. Because competition is less intense in the short film circuit (between filmmakers, distributors, outlets, and promoters, for example) filmmakers should not feel as if they need connections to get exposure for their work. Creators of short films have a much more equal footing in this quest than in the selection process for feature films; credentials and networking mean less, while talent and originality mean more.

DeVine emphasizes that filmmakers of all kinds should enter film festivals and competitions. Besides providing a chance for others to see your film or video, festivals function as networking gold mines and give you a chance to see what other artists are doing. Less experienced filmmakers should try submitting a short film or two to film festivals before sending material to IFC; acquisitions executives might remember your name or your work from a festival they attended, and that type of recognition can go a long way.

DeVine suggests that indie filmmakers "look at festivals which pay fees [prizes] for winning entries in order to recoup some of the production costs, because licensing for short films is not very robust in this country." By winning competitions and garnering prizes for your film, you’ll add to your resume, make some money back on your investment, and get exposure that will help the film stand out when it gets in front of IFC’s acquisitions staff. If licensing fees from IFC are less than hefty, the value of getting your film televised on its venerable airwaves may compensate.

If you do have a feature-length film that you’d like to see on IFC, the film festival circuit is the best method for getting it noticed. IFC deals mainly with the "micro-distributors" mentioned above in choosing its feature films, and these enterprises get their films through the big independent film festivals (like Sundance and Toronto). Smaller festivals like South by Southwest (SXSW) in Austin, American Film Market in Santa Monica, and the Los Angeles Film Festival also play a significant role. "Starting in a recognized market is the best platform to get your film aired on IFC," says DeVine.

IFC’s acquisitions department also welcomes blind submissions. To submit a film or video, send a VHS tape with your contact info (name, address, and email address) printed directly on the tape to IFC Acquisitions, 200 Jericho Quadrangle, Jericho, NY 11753. DeVine counsels filmmakers not to send along a press kit — they will not be read. For more information on the types of films IFC airs, plus general information on the channel, see www.ifctv.com.