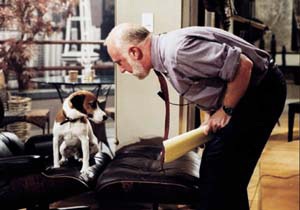 Breaking into the film industry can be a daunting task. Without the right contacts, it can be nearly impossible to get the chance to prove yourself. The Director’s Guild of America (DGA) has been helping promising newcomers launch their careers since 1965 through the Assistant Directors Training Program (formerly the Directors Guild-Producer Training Plan). Operating independently in both Los Angeles and New York, the program trains participants to become 2nd assistant directors through on-the-job experience.

Although many alumni go on to direct, the DGA stresses that assistant directors are not "directors in training." The program emphasizes the administrative and managerial, rather than the creative, aspects of filmmaking. Participants in the two-year program are assigned to television or film productions, where they assist the unit production manager and assistant directors with all aspects of the daily operation of the shooting set. This is no résumé-padding internship — trainees fully participate in the production process. They help keep the production on-schedule and on-budget, organizing the movements of the cast, monitoring the progress of the crew, distributing paperwork, scripts and schedule changes, and creating detailed reports of the day’s events.

In a way, the Assistant Directors Training Program is a film industry boot camp. It can be physically demanding and highly stressful, but those who survive it achieve a solid foundation for a lasting career. No industry experience is required for admittance, but certain personality traits are key. A trainee must be able to stay cool under pressure, and one step ahead of problems. Working conditions vary by assignment, so a trainee has to be prepared to deal with issues such as crowd control or bad weather. To succeed, a trainee must be an expert multi-tasker and possess the ability to handle difficult personalities with a positive attitude and a sense of humor.

Trainees usually work 12-16 hour days, and can be scheduled to start their shift at any time, seven days a week, 24 hours a day. All assignments are freelance, so their duration and frequency depend on the market. The program does not guarantee continuous work; however, a trainee may seek alternate employment while not assigned to a project, as long as they are available for work when called. Participants in both programs attend mandatory special seminars on topics relating to the film industry. New York trainees are also periodically given one-week special assignments at locations such as the Mayor’s Office of Film, Theater & Broadcasting or a film equipment rental house. Trainees are paid through the program while on assignment, with wages starting at around $500 per week, plus overtime. Their unit production managers and assistant directors, in addition to a training program administrator evaluate their performance.

Successful completion of the New York training program requires 350 days of on-the-job training, while the Los Angeles program requires 400. Upon graduation, trainees’ names are added to the New York or Southern California Area qualification lists, making them eligible for employment as a 2nd assistant director. New York graduates may qualify for work in Los Angeles if they complete an additional 50 days of training. Graduates are also eligible to apply for DGA membership.

The experience and contacts gained through the program have helped send many graduates down successful career paths over the years. Diana E. Williams garnered a nomination for the 2001 Independent Feature Project Spirit Awards "Producer to Watch" award for her work on the acclaimed film "Our Song." Alain Silver completed the program in the 1970s after receiving a Ph.D. in film from UCLA. He has written extensively on topics such as the films of David Lean and Film Noir, and has worked in production, or as a writer, on films such as 2001’s "The Quickie" with Jennifer Jason Leigh. Other alumni include Mark Johnson, the Academy Award-winning producer of "Rain Man," and Barrie M. Osborne, who served as a producer on the "Lord of the Rings" films.

Competition for the limited number of spots in the training programs is stiff. The number of trainees accepted each year varies depending on the market, but the New York program generally accepts between five and seven. The Los Angeles program accepts a maximum of 20.

To earn their spots, trainees must undergo a lengthy selection process. The first step is the application, for which they must describe their employment and educational backgrounds, goals, interests and ability to "work long hours under stressful conditions." Those accepted to the next round will be given a battery of tests to assess job-related abilities. These change from year to year, but can include SAT-like tests of verbal, reasoning, and math skills. Applicants are often also given more subjective tests, such as those in which they must come up with creative solutions to a question or prioritize messages in an in-basket. The final round of the process is an in-person interview.

Program participants vary in age and background from 20-something film school grads to career changers in their 40’s, but they must be at least 21. The Los Angeles program requires a baccalaureate or associate’s degree, but will also consider two years of equivalent paid work experience. The New York program does not require a degree.

The application period for next year begins August 1 for the Los Angeles program and September 1 for New York. Applications and deadline information will be available online or by request at that time. Prospective trainees can apply for both programs at the same time, but each requires a separate application.