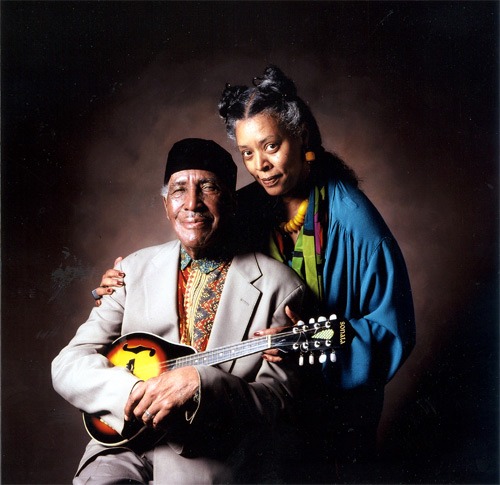 Share
Cara Mertes, the Executive Director of P.O.V., offers up advice on how to get your film on the PBS series.

As a filmmaker there are countless aspects of a project to derive satisfaction: discovering or creating a story that you passionately believe should be told, capturing the perfect shot, witnessing a low-resolution fine cut spring to life during an on-line. Ultimately, though, the most rewarding aspect of a project does not come in its production or its completion, but rather in its showing. Regardless of what type of filmmaking, the final analysis is the same — a film without an audience cannot make a widespread impact.

Local filmmakers such as Errol Morris and Brad Anderson have achieved considerable success and recognition outside of New England for their respective films. Yet each year, quality films are produced which may circulate regionally but do not garner a more far-reaching viewership. In an effort to promote the work of area filmmakers, NewEnglandFilm.com is embarking upon a new series of articles, which will explore the ways local filmmakers can get their works shown on national television. With a summer submission deadline just around the corner and a season of new programming (including several New England projects) ready to begin, the critically acclaimed television series P.O.V. is our starting point for the series.

P.O.V. is public television’s showcase for independent non-fiction films. As the name suggests, P.O.V. is dedicated to bringing films to television which advance a strong point of view and which reflect the range and diversity of the American experience. Each summer 12-14 new films debut. These are the final survivors of a rigorous screening process which widdles approximately 600 submissions down to a summer’s worth of programming. Still, first-time filmmakers and filmmakers who have never had their works televised nationally should take heart. Unlike other public television programs, which often commission films and work with well-established filmmakers, P.O.V. prides itself on the number of films it will broadcast each year that have been produced by first-time filmmakers and/or filmmakers who have never had their work televised nationally.

Heading up the team that screens and evaluates all submissions is Cara Mertes, the Executive Director of P.O.V. Prior to starting at P.O.V. three years ago, Cara worked at public television giants WNET and WGBH, and was involved in the production of innovative and cutting edge programs such as "Independent Focus" and "New Television." In her years as a programmer, producer, and writer, she consistently concentrated on bringing all forms of independent work to television. Now, Mertes continues to bring independent film and video productions to national television, but focuses instead on just a piece of the independent world — non-fiction. "P.O.V. is the best venue anywhere for this," Mertes proudly explains. "I stand on the shoulders of twelve fine seasons, and I am carrying on and expanding upon that tradition."

P.O.V.’s mission, however, goes far beyond simply bringing independent non-fiction work to television. The greater mission of P.O.V. is to explore the potential of independent media in public life. In short, Mertes says, "we are interested in media that makes a difference in people’s lives, that will deepen their understanding of the world they live in. We look for films with a point of view — where some sort of subjectivity forms the focus of the story."

If you are an independent filmmaker with a strong point of view and a non-fiction film that you think may be suitable for P.O.V., then here are some additional points to consider.

The submission deadline is June 28, 2002, for films/videos to be considered for the summer 2003 season. Typically, between 500-600 works will be submitted each year. Between 20-25 people — experienced curators, programmers, producers, and other media professionals — are then commissioned as pre-screeners, and thereafter every tape is screened by at least two individuals. If a tape is considered to have potential, it is screened again by at least two more media professionals. Less than 100 submissions are then recommended to an Editorial Committee, a body consisting of 50 percent media professionals and 50 percent station programmers. Finally, the Executive Director in consultation with the Editorial Committee makes a selection of programs for P.O.V. "This is not a unilateral process," explained Mertes, "very rarely do we step outside of the recommendations from the Editorial Committee."

I asked Mertes if she could elaborate on what made a film stand out in the selection process. Without hesitation she answered, "passion, commitment to the subject, and depth." Films that make the final cut often share similar characteristics according to Mertes. "Many films we showcase are kind of longitudinal studies," she said. "Filmmakers spend years on a project because they are passionately devoted to a topic. These films give a very in-depth treatment of the subject matter." In addition, Mertes says that P.O.V. searches for creative filmmaking approaches. "We are looking for innovative approaches to documentary storytelling."

While the above qualities are integral parts of a potential P.O.V. film, here are a few things that will not help or hinder the chances of your submission being selected. Despite the fact that the P.O.V. Call For Entries asks for information on "Major Awards," "Major Festivals," and "Major Reviews," this information is not provided to the screeners or the Editorial Committee. "We let the film speak for itself," Mertes explained. Additionally, P.O.V. accepts submissions of any length, and any format. The only mandate is that all films/videos must pass broadcast standards.

Ultimately, Mertes insists that a filmmaker who is trying to get his or her work shown nationally should pursue several avenues of approach. She encourages filmmakers to join local media organizations such as BF/VF, to attend screenings, read newsletters, and become involved. "The national network for independent producers is something filmmakers 1) should know about, and 2) should use," she offered. In the end, though, Executive Director Mertes has one major recommendation for getting your work on P.O.V. "It’s easy — just apply. We are dedicated to helping independent filmmakers get their work shown nationally."