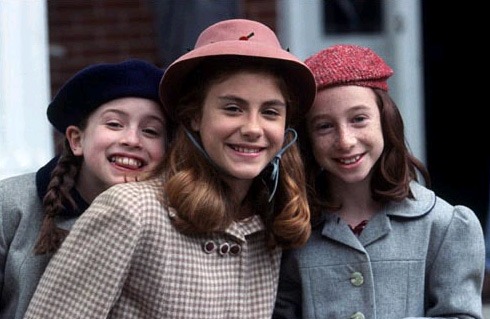 The Newport International Film Festival kicks off the viewing season June 4-9. Only in its fifth year, NIFF has managed to corner a good percentage of the glam factor, attracting such notables as Kenneth Branagh in its early days and retaining prestigious sponsors including Vanity Fair. This year’s lineup is bookended by two commercial contenders, "The Divine Secrets of the Ya-Ya Sisterhood" ("Thelma and Louise" writer Callie Khouri’s directorial debut) and "Tadpole," a tale of obsessive stepmother-love, which won director Gary Winick a Best Dramatic Director award at Sundance. The latter screening segues into a closing-night party at the Newport Art Museum.

Live performance will be the province of the Upright Citizen’s Brigade, featuring Saturday Night Live principal Rachel Dratch; they’ll appear at the club Area 22 Wednesday night. With the exception of the open-air screening of Billy Wilder’s 1954 classic "Sabrina" at the magnificent shingle-style Newport International Tennis Hall of Fame, all 70-odd films, drawn from 16 countries, are shown at a pair of cinemas on historic Touro Street in the heart of town, which makes for a collegial atmosphere. Among the more eagerly awaited fare is Dylan Kidd’s "Roger Dodger," a thoughtful teen adventure which won best narrative feature at the inaugural Tribeca Film Festival, and Constantine Valhouli’s documentary "Curve," concerning plus-size models. Five re-releases represent a George Harrison retrospective: the musician moonlighted as a producer, starting with Monty Python’s "The Life of Brian" in 1979. NIFF also resumes its music series with a trio of documentaries, ranging (fittingly) from "Ravi Shankar: Between Two Worlds to Rising Low," directed by Phish bass-player Mike Gordon, and "Breath Control," about the latest percussive instrument, the "human beatbox." In the course of the festival, scores of filmmakers are expected to attend, and some will share their expertise at "First Call," a series of panel discussions open to the public.

Of the 50 or so films, many touch on gender identity, otherness, and circuitous routes to connection. Highlights include the opening-night film, Mira Nair’s "Hysterical Blindness" (in which she trades in Bollywood for 1980s Bayonne, New Jersey), Kathryn Bigelow’s haunting drama "The Weight of Water," and the B-movie spoof Don’t Ask "Don’t Tell" (in which gay aliens attempt to take over the earth). Among the shorts is an entry from local artist-provocateur Jay Critchley, whose "Toilet Treatments" — set partly in his installation-art septic tank — blends elements of Mary Tyler Moore and David Lynch.

The Provincetown Film Festival, like its host community, is famed for its parties. The general public will have ample opportunity to celebrate, at an Opening Night Block Party hosted at the PiedBar (dancing to DJs and pizza from Spiritus) and a Closing Beachside Barbecue at Bayside Betsy’s and the Anchor Inn, where the Audience Choice Award will be announced; tickets for these events are $15. In addition, patrons able to pony up $750 or more for carte blanche admission, will be welcome at a Friday evening reception for the filmmakers at the Schoolhouse Gallery, and at Saturday night’s "Evening with the Stars" gala at the charming and intimate Red Inn.

For more information on the Provincetown International Film Festival, call (86)6 468-7619 or visit  www.ptownfilmfest.com.

In the course of six seasons, the Nantucket Film Festival — running June 20-23 — has seen its glitz quotient gradually diminish. And yet its distinctive emphasis on screenwriting remains paramount, ensuring consistently interesting fare. The 20-film lineup runs the gamut from "Made-Up" (actor Tony Shaloub first-time directs a comedic script from his sister-in-law, Lynne Adams, about how women cope with the conflicting vectors of age and appearance) to "The Good Girl," notable not just because it stars Jennifer Anison in a "dark" role but because it comes from director Miguel Arteta and writer Mike White, who created the unsettling yet enthralling "Chuck and Buck."

Writing is very much the watchword this time out, as it has been from the start. This year’s Screenwriters Tribute, held at the Sconset Casino (a vestige of the village’s turn-of-the-century heyday as a Broadway actor’s colony) honors James Schamus, whose oeuvre ranges from "The Ice Storm" to "Crouching Tiger, Hidden Dragon" (he is currently working on "The Hulk," also to be directed by Ang Lee).

New this year is the NFF Writer/Director Award, accorded by a jury of notable industry professionals to an individual demonstrating "joint talents in narrative skills and directorial innovation." In addition, the Tony Cox Award for Screenwriting will give a leg up to one of 600 hopefuls. The traditional  "Morning Coffee with" series offers an opportunity to glean an insider’s perspective, up close and personal. Perhaps the purest celebration of the writer’s craft is "Sight Unseen" — readings of original scripts as yet untrammeled by the filmmaking process and vividly rendered by members of New York’s Naked Angels. Slated for the stage this season are Kenneth Lonergan’s latest screenplay, as yet untitled, and "Widow’s Walk," written by Will Conroy (who grew up on the island); it’s slated to be produced by Brad Anderson, whose has introduced three films to date at the festival, starting with the surprise hit "Next Stop Wonderland" in 1998.

Also new is a night of live storytelling hosted by summerers Jerry Stiller and Anne Meara (the theme is "The Ice Storm: Tales of Situations You Didn’t Want to Be Caught In") and a series of free sunset screenings on Children’s Beach. In some respects, the Nantucket Film Festival — which inspired a spate of festivals across the region — has earned to right to flaunt exclusivist airs. Year after year, however, it strives to do just the opposite.